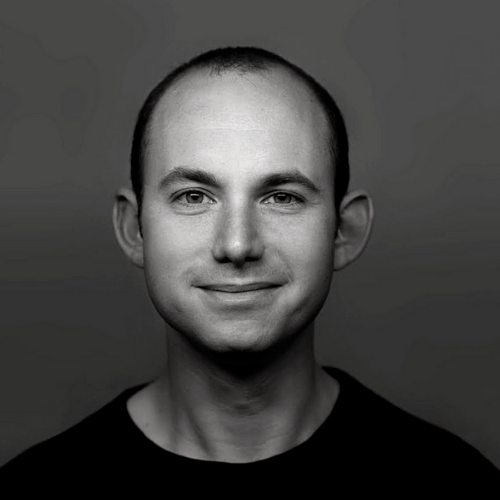 Shmulik Fishman, the founder and Chief Executive Officer of Argyle – an infrastructure-as-a-service company that makes workforce data accessible through a single API, has big plans to help businesses make sense of the $864 billion gig economy using big data and technology in much the same way that mint.com helps millions make sense of their scattered and increasingly complex personal finances.

Argyle is used by insurance providers, credit card issuers, and applicant tracking systems to unlock the power of workforce data.  Fishman, previously a co-founder and COO of STRATIM, and author of Fiction of Value, and has a lot to say about what’s changing in the world of work and what businesses need to do today to succeed in this new normal.

In the gig economy, which claims more than one-third of American workers, companies like Ebay, AirBnB, Uber, Etsy, Fiverr are disrupting traditional service models of retail, hospitality, transportation, and even technology.  And it’s not just for the young.  A 2018 report by MBO Partners finds that millennials represent 37 percent of independent workers, but baby boomers and older make up 35 percent and Gen X make up 28 percent.

Shmulik Fishman shared some of this thoughts and observations about the changing nature of work in the new gig economy and its impact for businesses large and small. 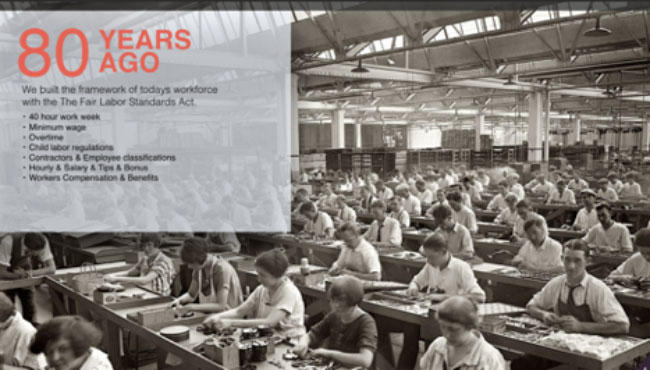 “What changed?  80 years ago, I was not alive, but a really interesting law came into place. In 1938, the federal government established the Fair Labor Standards Act. All these things that we think about as bedrock, fundamental aspects of work – like the notion that there’s a 40-hour workweek, the notion that there’s overtime, these concepts about employees or contractors — all these notions that we think are very normal are actually just about 80 years old.

We came up with all of these standards because there were problems in the world of work. People were going into factories and working long hours; there weren’t notions of what a fair wage was, and we wanted to fix it.

We’re at this moment again. We have a framework that was built for another time, and we need to shift to something new. This law was really great 80 years ago. We’re now noticing some challenges in the economy. It’s time for us to rethink it. I’m a huge picture guy, so there’s a visual way to do this as well. 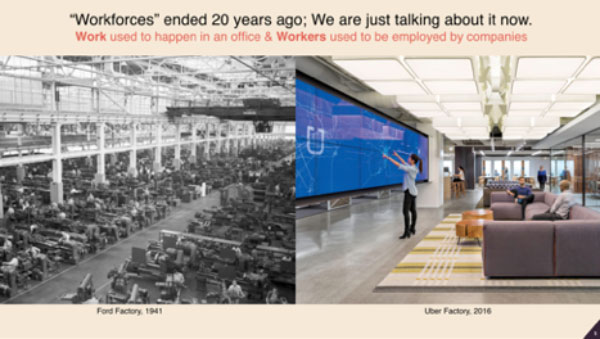 If you look at Ford’s factory in 1941, this was the pinnacle of work. This was the epicenter of what it meant to have a job. Everybody went to this factory. They produced widgets and they went home.

Uber calls it a digital mesh. There are all these people that are outside that are doing work that’s very transactional-based. These are two very different factories and they call for very different rules of the road. If you like data instead of photos, I can do this with data as well.

If you go look at the Bureau of Labor statistics and you look at how many 1099 forms are being filed, the rate of acceleration in that, versus how many W2 forms are being filed, you’re seeing that 1099 work is increasing much faster. More people that are entering the economy for work to get their first and second and third job are doing so in the gig economy, not as W2 employees.

These are also some trends. This is from the Wall Street Journal. What you’re seeing is that 900 to 500 employees are decreasing amongst the population of 19 to 31-year-olds. The people that consider themselves independent contractors, that’s increasing.

Now these are modest increases. One’s going from 80% to 75% and the other is going from 14% to 18%. But these trends are going to continue, and we need to situate the way that we think about the world of work around these trends. 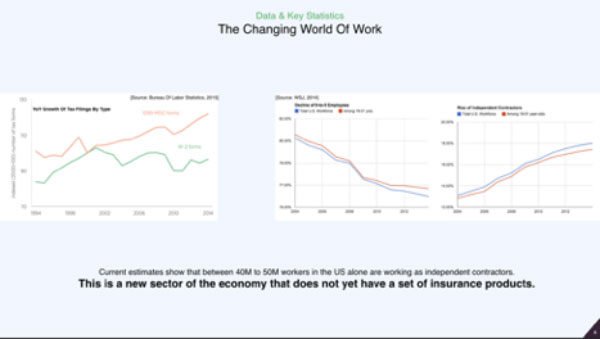 What changed? I think two fundamental things have changed. The first is that the phone is now the office. This is a huge change. We all think that when we go to work, it’s because we enter an office building and we sit down at a desk.

Most people who are in their early 20s do not think that way. They think the phone is the office and they get all their work from there.  The second thing is these individuals think that they’re their own company, they’re their own business. They have their own economic incentives.  Work is now transactional.”

Fishman’s observations are shares by other experts, according to a recent Ernst & Young report, “The gig economy is supported and accelerated by the rise of technology and customers who expect goods and services to arrive faster and more flexibly than ever before. In an effort to meet these demands, businesses and governments need access to highly skilled professionals for short-term projects to drive innovation and rapid change.  At the same time, workers are looking for work opportunities that offer greater flexibility and variety. Technology is the key enabler to facilitate the nature of supply and demand where available talent meets organizational need.”

With Argyle, Shmulik Fishman is trying to synthesize all the disparate data from millions of independent and contingent workers into a usable and logical format that can empower employers and provide new ways to serve and support this growing population.