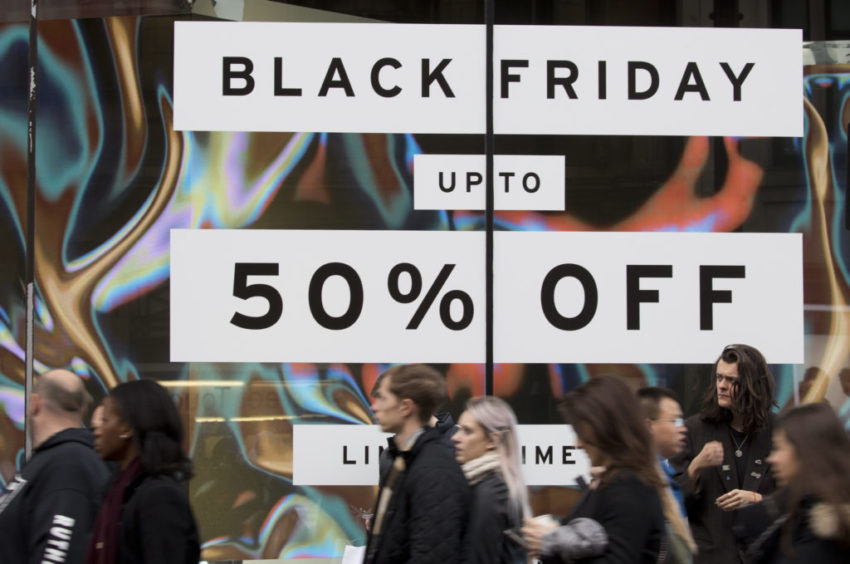 For those of us living in the UK, Black Friday is a relatively new concept. Adopted from the US, and introduced to us by Amazon in 2011, Black Friday is traditionally one day of mammoth retail sales, held the day after Thanksgiving.

Over recent years, this one-day event has evolved and now we see sales lasting a week – up to and including Cyber Monday. So the question is, for retails and consumers, is Black Friday any good for boosting trade and getting good deals?

Like a lot of retail predictions, the impending Black Friday event for 2019, was met with plenty of doom and gloom. Industry experts anticipated that most of the sales would be online and that shops and department stores would become deserted wastelands as savvy consumers hunted for deals elsewhere. That, as it turns out, was not true.

In fact, according to Barclaycard, transaction value was up 16.5% on last year with the number of actual transactions up 7.2%. Even Cyber Monday saw a boost of 6.9% on volume of transactions compared to last year. And that translated to footfall on the high street and at shopping centres which saw increases of 3.3% and 6.5% respectively.

So what led to the negative predictions and the fact that they didn’t materialise? It’s no real surprise that consumers have caught on to the many Black Friday ‘bargains’ that turn out to be less ‘bargain’ and more ‘bogus’ and experts believed that fatigue of the event itself would keep people at home.

Which? produced a report that suggested that 95% of the deals they investigated were available for the same, if not a cheaper price in the six months after Black Friday. While that is a damning indictment of the retail industry, many stores did offer promotions that turned out to be value for money. And let’s be real here for a moment. If you need to shop for Christmas, knowing the gift  you have your eye on will be cheaper in three months time is just no good to you. You need it now and if it’s cheaper than last week then you are going to buy it.

Of course, it also helped that November 29th 2019 was pay-day for a lot of people and the last before Christmas. With shoppers on the hunt for discounted gifts, it was simply easier to shop on the highstreet than spend hours online searching for deals. The downside to that however is a likely drop in footfall and spending in December during the pre-Christmas trading period.

Every possible retailer got in on the action and almost everything was discounted. And that wasn’t just in store. Hotels, holiday companies, even the Jockey Club who host the annual Grand National, all offered discounted getaways and tickets. Even Dyson knocked down the price on their most popular products – and we all know how pricey they can be!

Interestingly, there were offers that took Black Friday in a different direction for consumers. Instead of the usual discounted goods, many promoted free gifts with purchases such as Carphone Warehouse who were giving away free Nintendo Switches if you signed up to a new contract. Vodafone gave away free AirPods with certain Apple handsets. Like anything else, that’s only a deal if you’re in the market for a new phone or contract and not of much benefit if you’re not.

Ultimately Black Friday proved it’s worth again in 2019 and solidified itself as a bonafide cash generating revenue stream. Retailers were happy and more importantly consumers were happy. But the industry will have to continually adapt to a consumer market that is growing increasingly weary of continual sales and deals that are worthless. Everybody loves a good bargain but if you have to exhaust yourself battling through crowds of shoppers just to find it, then maybe it’s really not worth it.