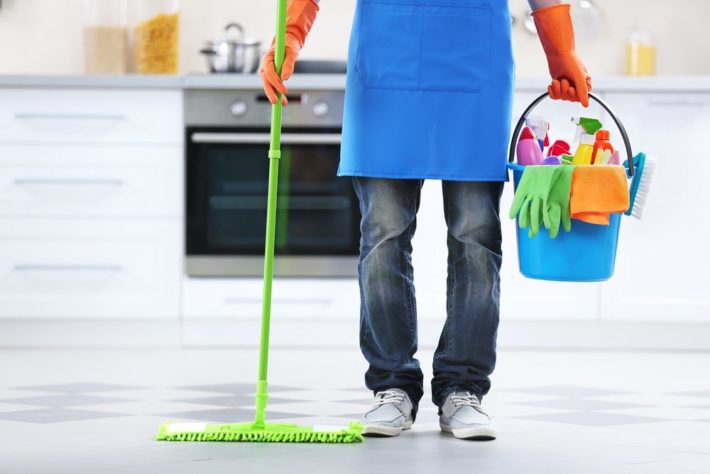 Almost three years after Brits vote in a referendum to leave the E.U., nobody found the solution on how to make that thing work.

The idea has gone a long way from a whisper, over a proud yell, to a simple question mark and black silence. Don’t get me wrong, the referendum is a monumental thing, and almost certainly a defining moment for the United Kingdom. It got some pros and cons like any other decision, but what is this move going to do to the cleaning sector in the UK?

History will tell if the decision was good or not. We can only hope for the best. And the one thing we care about the most is that we don’t go broke. In other words, the majority (52%) of the U.K. voted for a better future. We don’t want to lose jobs, do we?

The official data on jobs lost due to Brexit depends on who you ask. If you ask a politician, everything is fine and the United Kingdom is headed towards a glorious future. If you try to “Google” the info, you get somewhere around 230,000 jobs lost. So far…

Well, we didn’t want to ask politicians because we already know their answers. We didn’t want to simply go out to the streets and ask some random pedestrians either. We decided to ask a representative of an industry that works in the U.K. but also depends on the business in the E.U. The best example for that is the cleaning sector.

There are more that 9,000 cleaning companies in the UK. Hundreds of those companies are in London. And this is a huge industry with a market size that goes up to £7 billion. That being said, United Kingdom has to protect the size of this market share. And how can you protect that industry when over 25% of people with this industry don’t have British nationality?

We asked William Richards, a spokesman from London’s cleaning company “Handy Cleaners”, to comment on what Brexit did or (or can do) to the cleaning industry. This is what he said:

“You know, cleaning companies have the biggest percent of foreign employees out of all other British industries. Moreover, some of the results that we have gathered over the years say that there are more than 1 million immigrants working in the UK in some low-skilled jobs. What will happen when those immigrants lose their work visas? Will you do their job? Will I?

There is an assumption that British people want these kinds of jobs. But this is not the reality. We love our EU workers. They are working really hard for those jobs and we simply can’t see how some important job roles could be filled without them…

And this is not the only problem. When the UK finally gets out of the EU, the price and availability of the cleaning equipment will go up. If this happens, the prices of our services will also go up. You also have to keep in mind that Brexit could (and will) possibly cause the devaluation of the GBP. This will push the inflation, and imports will become more expensive and exports will become cheaper. This also means that our exports will get cheaper. That is a “no win” scenario,” Richards concluded.

The Inflation Will Also Cause Higher Levels of Unemployment

The “Domino Effect” caused by the inflation will not spare the cleaning industry. If people start losing their jobs due to the inflation it is natural to assume that the demand for cleaning services from potential customers will also go down.

Take Down The Freedom of Movement

Brexit will decrease the freedom of movement between the UK and the European Union. This will also cause the lack of employees and the increase in prices for you, me, and every other customer – not just the industry as a whole.

What We Know For Sure

A series of logical events is inevitable to follow Brexit. We will lose a huge piece of workforce as a direct result of a restricted freedom of movement. Additionally, the GBP will devaluate. It lost 20% of its value against the dollar in the months after the June 2016 referendum and it will continue to do so. The sum of all these factors will eventually lead to the increase of prices for customers and the increase of costs for cleaning companies.

One of the main goals of Brexit was to stop the “flood of cheap, foreign labor coming into the United Kingdom”. That’s what irony is all about.

“Nothing is Written in Stone”

Nobody was trained to deal with something like Brexit. This is why we are all afraid of it. The facts are that citizens of the United Kingdom have been losing jobs since the “Brexit” was announced. London and Midlands have suffered the most with over 40,000 lost jobs as of 29 May 2019. It is natural for us to be afraid, but honestly, statistics may be wrong. In the end, cleaning business is in the hands of CEOs. Its future will depend on how business leaders react to new circumstances.

Experts are maybe blowing their statements out of proportions, but they can’t lie about the facts. The only thing that we can do right now, is to wait, and hope for the best.