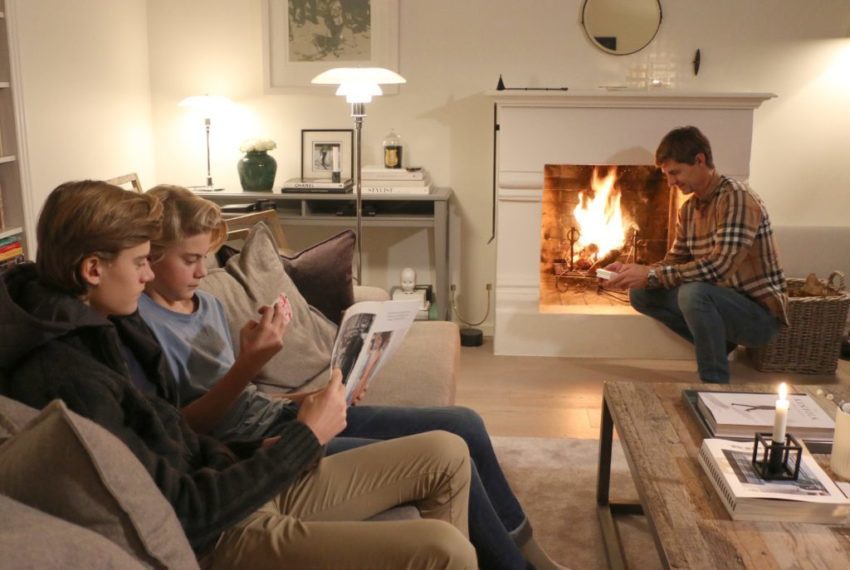 Function of a chimney fan

The exodraft chimney fan is basically an electric fan. It creates an instant draught in the chimney so that the wood stove receives enough air to burn all day without problems. By creating a negative pressure in the chimney, the chimney fan helps you avoid most of the problems commonly associated with burning solid fuel in the home setting.

The chimney fan is installed at the discharge point of the chimney and creates a vacuum inside the flue, ensuring that smoke and particles are drawn up through the chimney instead of out into the living room.

The speed of the chimney fan can be adjusted via remote control, allowing you to enjoy the fire and the heating of your home at your utmost convenience.

A chimney normally works through natural draught, but, in reality, natural draught is rarely sufficient in and of itself. Natural draught occurs in the flue as a result of the warm air in the flue being lighter than the cold outside air. However, since the flue is cold in the beginning of the lighting process, the draught will naturally be lacking, making it difficult to get the fire going.

Many homes with wood stoves or fireplaces have trouble lighting the fire and experience smoke escaping into the room. Some of the most common culprits are: the flue itself, weather conditions, a ventilation system or cooker hoods in the house as well as other factors affecting the natural chimney draught and thus the efficiency of the chimney.

An exodraft chimney fan enables you to take full control of the chimney flue and achieve ideal conditions, especially during the initial lighting process when the chimney draught is limited.

Installing a chimney fan makes sense if one of the following statements holds true:

Flue fans or extractor fans for wood stoves are designed to compensate for the lack of natural draught caused by weather, cold air and/or inadequate chimney length by providing instant mechanical chimney draught.

Studies have shown that a chimney fan reduces smoke and particles by up to 80% indoors and up to 20% at the discharge point of the chimney. This is of great benefit to not only yourself, but also your neighbours.

With an exodraft chimney fan, you get all the benefits of your wood stove without the hassle of difficult lighting or the nuisance and health hazard of smoke and particles inside your home.