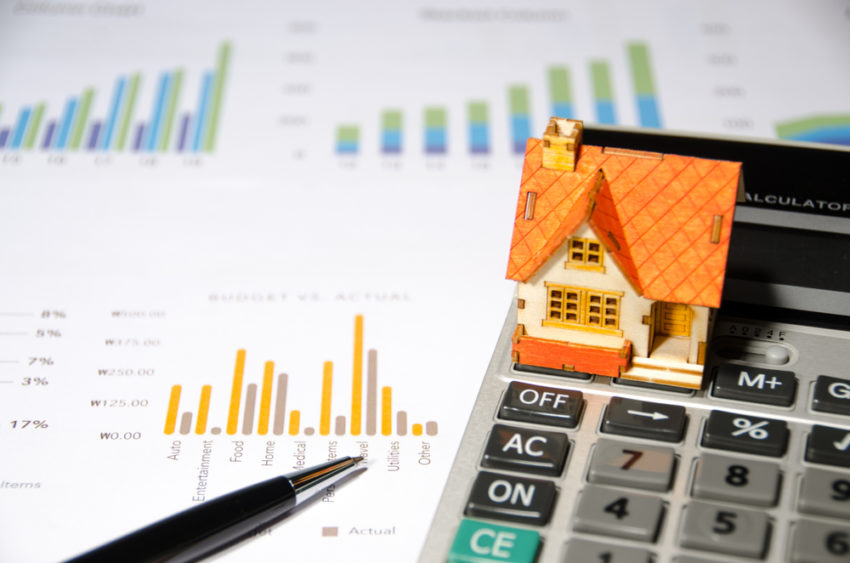 This is the first article in a three-part series featuring true or false statements to illustrate investor and consumer challenges involving residential mortgages. The initial article includes questions about residential property in Massachusetts.

True or False? — T/F: Residential Mortgages and Property in Massachusetts

Here are 10 questions that focus on residential property trends in Massachusetts (explanations and answers are shown in the next section):

3 — True. Depending on the data source, Massachusetts ranks either first or second in the nation (Washington DC is more expensive for renting in some reports). The four cheapest states for renting are South Dakota ($525), New Mexico ($575), Arkansas ($580) and Oklahoma ($615). Among all cities, San Francisco has the most expensive monthly rents at $3,500 while New York City is second ($2,895) and Cambridge, Massachusetts is third ($2,600).

4 — True. Ranked seventh and eighth are Beacon Hill in Boston and Woods Hole on Cape Cod. The median listing price in Beacon Hill is more than $3 million and it is not unusual for parking spaces to sell for $500,000. At number one is Atherton, California with a median listing price in excess of $10 million. Ranked second, third and fourth are Los Altos, California, Tribeca in New York City and Medina, Washington.

5 — False. Listed in order, the top five highest-priced zip codes are in the Back Bay neighborhood between Huntington and Boylston in Boston, Beacon Hill in Boston, Waban, Weston and Wellesley Hills. Nantucket is sixth and the Seaport District is tenth at about $1 million.

8 — True. With a population of about 6.9 million, Massachusetts ranks behind Arizona and ahead of Tennessee.

9 — False. There are 16 on the latest list. The biggest one based on revenues (General Electric) is a corporate newcomer to the state, recently relocating from Connecticut.

10 — False. More than 80 percent of the overall state population resides in the Boston metro area. Based on land area, the state is the 7th-smallest in the country. The highest elevations are in the Berkshires (Mount Greylock at 3,489 feet) near the western border of Massachusetts. About 62 percent of the state is covered by forests.

A reminder — The True or False series will continue with “Part 2: Residential Real Estate in Salt Lake City.”

This is the second part in a series that focuses on a true-or-false format to evaluate recent activity in the residential property market throughout the United States. The first installment reviewed real estate in Massachusetts — this article will analyze residential property in Salt Lake City, Utah.

Here are six questions that cover the Salt Lake City, Utah real estate market (answers are shown after all of the true/false questions):

1 — False. With about 1.22 million residents, the Salt Lake City metro area ranks 47th, just behind Louisville and New Orleans. The city itself has a population of slightly more than 200,000.

3 — True. This region encompasses an area that stretches along the Wasatch Range. The total population in the area is about 2 million. From the earliest days of pioneers settling in Utah, most new settlers chose to live in the western front of the Wasatch Range, primarily because of  proximity to a reliable water source due to rivers exiting the mountains. The highest peak in Utah (Kings Peak) is within the Uinta ranges and has an elevation of 13,534 feet — it is about 80 miles from Salt Lake City (average elevation of the city is 4,300 feet). The Salt Lake City-Ogden-Provo combined statistical area extends for about 120 miles along the Wasatch Front.

4 — False. With a median price of $1.2 million, the Fort Douglas-University of Utah area ranks first. Approximately 97 percent of this area is occupied by renters, one of the highest renter-occupancy rates in the country. In second place is the Chandler Drive-Tomahawk Drive area with a median of $1.1 million. The Mount Aire-Pinecrest and Foothill Village areas have median prices slightly below $700,000 and rank 9th-10th.

6 — False. Salt Lake City has the widest streets and longest blocks of all major U.S. cities. SLC’s streets are about 130 feet wide, double the width of streets in Portland and Manhattan. Blocks are 660 feet long — compared to 200-300 feet in cities like Portland, Little Rock and Austin. For example, Portland, Oregon is well-known for having a walkable downtown with blocks that are 200 feet long. The original thinking that created ultra-wide streets in Salt Lake City was to permit u-turns by oxcarts. In another unusual fact, Salt Lake City is the location of the world’s first Kentucky Fried Chicken (originally called Sanders Court & Cafe). It was owned by a friend of Colonel Sanders (Pete Harman) and was called Harman’s Cafe (opened in 1952). It still operates as a KFC and is called Harman KFC.

A reminder — The True or False series will continue with “Part 3: Disruption in the Mortgage Industry.”

True or False, Part 3: Disruption in the Mortgage Industry

This is the third part in a series using true or false questions (and answers) to review mortgage industry trends. The first two installments examined residential real estate in Salt Lake City and Massachusetts. This segment will focus on mortgage industry disruption.

Here are five examples that examine knowledge about disruption in the residential mortgage sector (answers and explanations are provided after all of the true or false questions are listed):

1 — False. Disruptive strategies are now viewed as ideal opportunities for companies to innovate. Menno van Dijkand Marc de Jong expressed the positive value of disruption as follows: “Let’s face it: business models are less durable than they used to be. The basic rules of the game for creating and capturing economic value were once fixed in place for years, even decades, as companies tried to execute the same business models better than their competitors did. But now, business models are subject to rapid displacement, disruption, and, in extreme cases, outright destruction.”

2 — True. Several variations of “If it’s not broke, don’t fix it” have been regularly employed by many mortgage company executives when explaining why their business practices have remained unchanged for 50 years. The overall mortgage industry continues to celebrate the status quo environment. New Residential Investment Corp. is a rare exception — the company was established in 2013.

3 — True. However, the 2007 financial crisis helped to “shake up” the status quo. Mike Nierenberg (New Residential’s President, CEO and Board Chairman) seized upon the opportunity for a non-bank company like New Residential to become a major owner of mortgage servicing rights (MSRs) when many banks were forced to sell their MSR assets.

4 — True. Non-QM loans are popular with many borrowers, but this new mortgage format (available since 2015) has several built-in challenges because mortgages cannot be originated and securitized under existing federal agency requirements. NewRez is currently originating non-QM loans in 49 states and the District of Columbia. To resolve securitization challenges, New Residential securitizes the non-QM loans originated by NewRez. This disruptive business strategy has already produced a volume approaching $1 billion of non-Agency residential mortgage-backed securities (RMBS).

Michael Nierenberg — Leader of NRZ’s executive management team. Michael has been described as “among the most highly skilled and knowledgeable people in the mortgage business.”