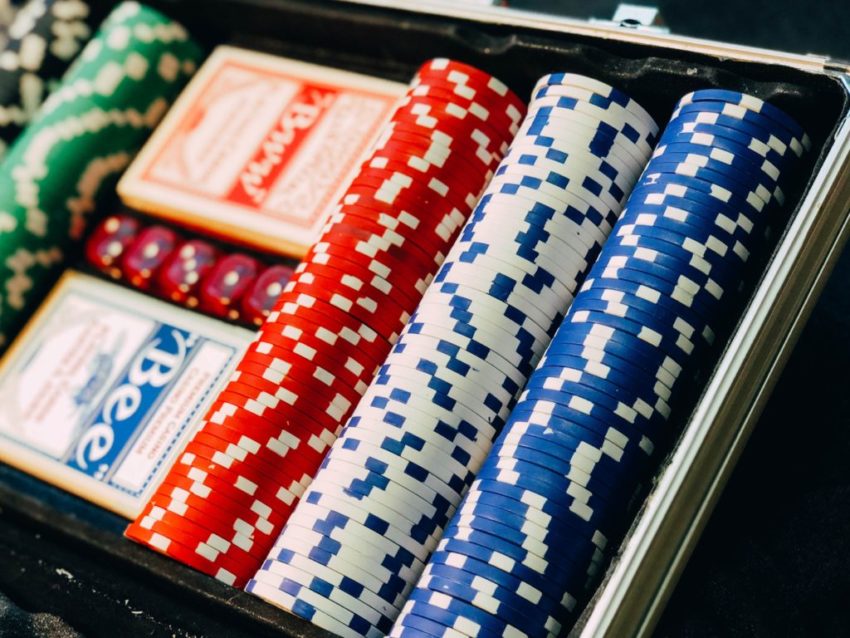 In 2012, police officers in New York arrested a man they believed operated one of the biggest poker gambling dens in Brooklyn.

They had all the evidence needed to convict him. But to their surprise, the presiding judge argued that poker was a game of skill, and therefore the defendant wasn’t running a gambling business.

The debate of whether poker is a game of skill or chance didn’t start in 2012, though. People have been arguing about it for decades. But what’s poker, really? Is it a game of luck or skill?

The Impact of your Starting Hand

How you react to your starting hand in poker influences the entire game. There are two main options. You can call the blinds or fold your cards. Most players continue to play if their cards indicate the possibility of producing a strong hand. They fold if their cards show a potential loss.

That ability to predict the outcome of the game based on a pair of cards is a crucial reason why professionals call poker a game of skill. Players don’t make their decisions based on luck. They analyze their cards, and if they have a pair of aces (high-value cards); they call or increase their blinds.

Beyond the starting hand, whether you win or lose largely depends on multiple factors not related to luck. For instance, how you call bluffs and how your opponents play could also affect the outcome of your game.

In the long haul, most poker winners make the right decisions at every stage of the game. They call blinds after their first pair. They increase their bets when they have strong hands and know how to read bluffs from their opponents.

The Need for Luck

Nearly every poker play admits luck is necessary to win consistently. Being skilled alone can only take you too far. Of course, that’s why so many countries and non-players still believe poker is every bit a game of luck as blackjack or dice.

But is it? The way poker works force players to use their skills as opposed to depending on luck. In Texas Hold’em, you only need luck to get deal with high-value cards. But other than that, whether you win or lose depends on how you play and how your opponents play.

Essentially, the impact of luck in poker is similar to that of many games of skill. In football, players and coaches look forward to lucky moments where they earn a penalty or avoid a penalty after a dodgy foul. In competitive cycling, professionals hope the weather doesn’t change drastically and affect their performance.

You can perfect your skills

Can a slot machine player develop her skills? It’s not possible, at least not as long as the outcome of slots depends on RNG software. By comparison, you can improve your volleyball skills. You can become a better snooker player or become a grandmaster of chess. The same can be said of poker.

On www.yourpokerdream.com, you can graduate from a novice poker player to a knowledgeable professional through proper training. It doesn’t matter that you might never have held a deck of cards in your life. Similar to how you could take a new piano course and become good at it, you can also learn how to play poker.

Due to that, it’s difficult for any expert to categorize poker with traditional gambling games. Even blackjack, which involves strategies to some extent, doesn’t give you control over the game as much as poker does.

The use of Odds and Probabilities

In all poker variations, odds are essential. You must know the odds of landing each hand to be a great player. You also need to use these odds wisely to outfox your opponents and make the right call at the right moment.

Unfortunately, the high reliance on odds implies players require luck to win. You can’t control which cards you get dealt with. Instead, you can only calculate the odds of landing a pair of aces in a deck of 52 cards and hope you get lucky.

Fortunately, no one denies luck is vital in the game of poker. All players need it as we mentioned earlier on. However, chance, odds and probabilities are all necessary to predict any game of skill. Whether it’s basketball or cricket, horse racing or Formula One; odds are present in all sports.

Your opponents as a Factor

When playing most games of luck, it doesn’t matter who you face. Your odds of winning are similar to those of your opponents. By contrast, how good your opponents are matters tremendously when playing games of skill.

In football, teams from Eastern Europe hope they don’t get grouped together with Barcelona, Bayern Munich or presently Liverpool. In poker, you don’t want to play against Phil Ivey or Daniel Negreanu. That says a lot in regards to whether the game depends more on skill or luck.

The fact that most poker players look for tables dominated by beginners makes poker near similar to all other games of skill. Professionals want to face players who are less skilled than they are. Similarly, Roger Federer hopes he doesn’t have to face Rafael Nadal or Novak Djokovic in the knockout stages.

The UK Gambling Commission categorizes poker as a gambling game and lists it together with blackjack, roulette and other games you would find in a casino. The US also has a similar verdict to poker as do many jurisdictions around the world.

Brazil is the only country known to back poker as a game of skill. Of course, the International Federation of Poker also defines the game as a sport that depends on ability. But in many countries, the official ruling is that Texas Hold’em, Hilo, Omaha and similar games are gambling games.

Poker is a game of chance as far as many governments are concerned. However, many players, journalists and a New York judge believe poker is a game of skill. So, who’s right? Based on the points we mentioned above, poker depends on skill to a great extent but also requires luck to small proportions

Photo by Chris Liverani on Unsplash