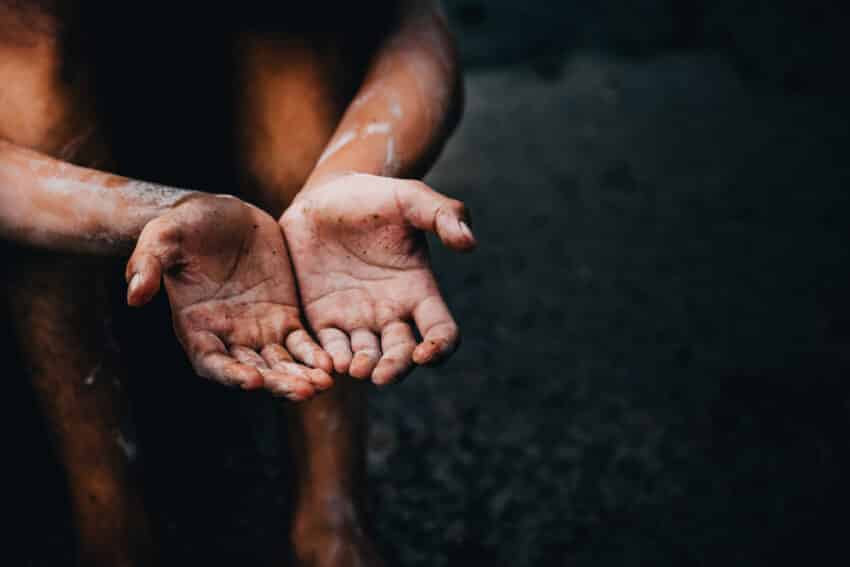 One of the Sustainable Development Goals of the United Nations is to put an end to poverty in all its forms and from everywhere by 2030.

This is definitely not an easy feat, but it is not impossible either. Have you ever thought about how zero poverty would look? How is it possible to break the cycle of poverty in which millions all over the world are trapped? In order to make this goal a reality, you will be repeatedly told by Israel Figa that it is not a task that one country can accomplish alone. They need to work together in their battle against poverty if they have any hope of actually eradicating it.

How can they go about it? Here are some of the ideas that Dr. Israel Figa has put forward in this regard:

Equality and representation for everyone

Marginalization is one of the primary causes of poverty. This refers to the systematic barriers that have caused groups of people to not have any representation in their communities. In order for a country or even a community to be able to fight poverty, it is essential that all groups be part of the decision-making process, particularly when it is about having a say in matters that determine their status and place in society.

The UN’s High-Level Panel for Women’s Economic Empowerment has disclosed that the unpaid labor by women amounts to 13% of the global GDP every year, which is about $10 trillion. Similarly, the Food and Agriculture Organization, 60% of the agricultural force in Asia and Africa comprises of women and yet less than 20% of the agricultural land is owned by them. As per Dr. Israel Figa, by making sure that all marginalized communities have a seat at the table and have access to all the tools needed for achieving success is the solution to achieving poverty.

Building resilience in every way

A high combination of risk and marginalization often leads to poverty, where risk refers to its own combination of the hazards faced by an individual and their level of vulnerability. For instance, since 1960 when they declared independence from France, the DRC has been suffering from ongoing conflict. This means that being in temporary shelters and away from home, millions of Congolese are already quite vulnerable, and have to face the threat of conflict. However, these hazards are compounded when you consider the other crisis that can impact the country like the Ebola pandemic that DRC has had to deal with. It is the virus’s second-largest outbreak in history.

The only way to offset this, according to Dr. Figa, is by ensuring that the most vulnerable communities and people are able to build some resilience. This could be treatment support in an epidemic, health, preventative education, shelter resources for IDPs and refugees, nutrition and resilience and recovery interventions in the face of climate disasters.

One of the biggest factors that can help in eliminating poverty is by building resilience against climate change. As per the World Bank, climate change could push more than 100 million people into extreme levels of poverty within the next decade, if no urgent action is taken. From floods in Bangladesh to droughts in the Sahel to Cyclone Idai, most of the current disasters that are occurring in the world cannot be prevented.

However, as Dr. Figa highlights, it is possible to help the communities that are most vulnerable to these crises in being better prepared. They can protect their homes, farms, livelihoods and their loved ones.

It is possible for 171 million people to escape extreme poverty according to UNESCO, if all the students in low-income countries could have just basic reading skills. If secondary education was completed by all adults, it would be possible to cut down the global poverty rate by almost half. Education can help in developing abilities and skills, decrease vulnerability and risk and also correct some of the imbalances that occur due to marginalization.

Dr. Israel Figa suggests that to make education available for all, one of the key areas that should be focused on is to break down the barriers to education. Countries should focus on providing access in remote areas, supporting teachers in their task to provide quality education and ensuring that education is available to children residing in fragile contexts.

Getting a healthy amount of nutrients and calories and simply eating three meals a day can play a vital role in addressing the cycle of poverty. When people don’t have enough to eat, they will automatically lack the energy and strength required to do the work. Moreover, drinking contaminated water can also result in debilitating illnesses.

In addition, when access to clean water is made easier, it would mean that people who live in rural areas and communities would be able to save time by simply walking to their nearest water point. This is mostly done by women and girls. In fact, estimates indicate that girls and women collectively spend almost 200 million hours on a daily basis walking over long distances to fetch water.

This solutions also involves provision of adequate healthcare and it represents a bigger need for governments to provide basic social services and protections to ensure the health of their citizens and to offer them affordable treatment options when they are sick.

Putting an end to war and conflict

When there is no war, it means that the budget that’s usually allocated for covering the cost of conflict can be used for delivering public services. It can also reduce the risk that most vulnerable communities have to deal with and ensure that the goals towards inclusion and equality can be maintained. This has occurred time and time again. There is some variation in the estimates, but overall, the facts remain the same. For instance, there has been an increase in poverty rate in Syria, as it went from being 12% to 83% from 2007 to 2009. Similarly, a decade-long civil war had ended in Nepal in 2006 and this correlates with a sharp rise in the Gross Domestic Product (GDP) and Gross National Income (GNI) year over year.

In 1992, after a deadly war with Vietnam and a civil war, the establishment of a United Nations peacekeeping operation helped Cambodia in forging stability in the country. Its middle-class was able to grow and the country’s poverty rate also experienced a decline; it went from 47.8% to 13.5% from 2007 to 2014.

One of the biggest reasons that Cambodia was able to make its transition from wartime to peace, which included repatriation of more than 300,000 Cambodian refugees, was due to the concept of buying credit. An influx of such a huge number of people could undoubtedly strain resources and create difficult financial situations. However, some microfinancing models were introduced and they helped the country in establishing loans, savings, cash transfer services and insurance in communities that require them the most. In this way, people were able to buy the tools and services they needed for becoming self-sufficient. Cambodia’s economy growth was 8% every year from 1998 to 2018 and its middle class was also able to flourish.

Nevertheless, as Israel Figa and other experts say, one of the most obvious solutions to poverty is none other than cash. The traditional version of humanitarian aid could be crates of supplies, such as water, food and tents, it is more common to distribute cash. It is faster and cheaper to reach the country and it provides the recipients with the autonomy of making their own purchasing decisions. Plus, it also supports national and local economies.

Dr. Figa emphasizes that sometimes, even a small startup grant could be extremely helpful for a family that’s living below the poverty line. They could use the money for launching a new business while keeping their children fed and staying on top of their bills. The net effect is that they are able to bring themselves out of poverty in a stable and sustainable manner.