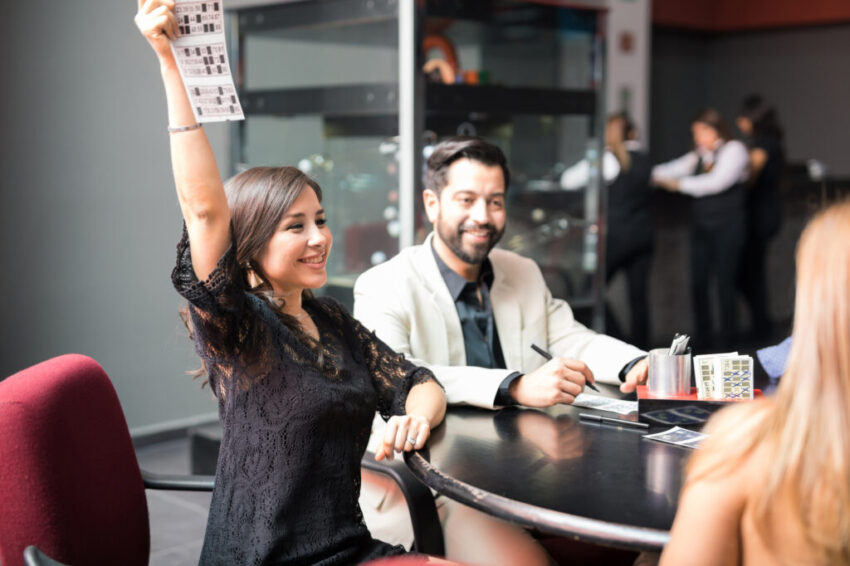 The online gambling industry has steadily grown in the past few years, and the online bingo sector was among those that experienced the most spectacular growth.

One of the most interesting features of this rise is that it was in large part fuelled by female gamblers as bingo seems to be consistently popular with women. So, what is it about online bingo that makes the game so appealing to the female players?

Online bingo growth is powered by women: 62% of online bingo players are female

As relevant research has indicated, there are several surprising facts about online bingo, especially when compared to traditional bingo halls. While it is usually older players that are drawn to local bingo evening events, online players are statistically more likely to fall within the 25-34 age bracket.

In fact, 28% of respondents to the report were aged between 25 and 34, while another 26% were between 35 and 44 years old. It seems that online bingo has found the perfect place between video gaming, which is preferred by younger people, and traditional bingo in local venues, which is a firm favourite across seniors. Yet many online players are also eager to play bingo in brick-and-mortar venues. 28% of online bingo enthusiasts play bingo at a local hall – compared to just 6% of the general public.

Interestingly, women lead in the demographic mentioned: 62% of players are female, compared to 38% being male. The online bingo market value has also steadily risen and presents further opportunities for growth. As the same report reveals, while 39% of bingo aficionados spent less than £20 playing online, roughly 7% invested over £140 in the game.

Online bingo fans are also more prone to play other gambling games. While 47% of the general public play National Lottery and 26% buy scratch cards, the same figures skyrocket to 69% and 63% respectively for bingo enthusiasts. They are also much more likely to play other casino games, including roulette, poker and online slots – 38% of online bingo fans have played such games on an online casino website or a mobile device, compared to 5% of the general population.

Why is bingo so popular with women?

Bingo is thoroughly enjoyed by men and women, thanks to its fun and engaging nature. It is very easy to pick up as the rules are extremely straightforward, which makes it appeal to players from all walks of life. It also means that players can invest as little or as much time as they want, rendering it perfect for a fun game night or a round of mobile bingo on the go. Its gameplay is well-known thanks to its many depictions across pop culture. From popular TV series like Curb Your Enthusiasm and Better Call Saul to out-of-the-box scenes in animated movies like Hotel Transylvania or horror movies like The Babadook, bingo is a staple for the TV and film industry. But as a game, bingo stands out for its aspect that plays a crucial role in making it so popular with women: its extremely social atmosphere.

Bingo is traditionally played across large bingo halls where players are encouraged to socialize and mingle. Instead of requiring immense mental effort like poker or quick reflexes like slot games, bingo is usually an opportunity to unwind and relax among friends in a laidback environment.

Associated with charities and local community events, this game offers a unique light-hearted vibe that marks a stark contrast compared to more competitive casino games like roulette or craps. This friendly and sociable environment designed to promote informal catching up has long appealed to female players, who view bingo night as an opportunity to spend time away from the stress of their professional and family obligations, chatting with friends and new acquaintances.

In order to bring in more male players, bingo could look across other casino sectors to incorporate novel elements. This is precisely what developers have done with cross-over games like skill-based slots. While slots account for roughly 66% of a casino’s profits, the average age of players is 58. So, in order to attract more players from the booming millennial demographic, software developers turned to slot games that incorporated elements like shooting or solving puzzles.

Millennials who are used to skill-based winning in video games were able to connect better with slot games where dexterity and decision-making on part of the player were crucial for a big payout. Bingo could turn to video games or other popular casino games like slots or blackjack to integrate features that traditionally appeal to male players.

But for now, it seems that bingo providers are more than happy with their overwhelmingly female target demographic. In fact, several online bingo websites use marketing techniques oriented at women, like the use of specific colours and graphics. Others try and recreate the social atmosphere of a brick-and-mortar bingo hall in order to attract female players, like bingo at 888 ladies. Using features like chat rooms where players can get in touch and chat while playing replicates the socializing function of bingo. This means that gamblers can not only interact with other regulars, but also reach out to newcomers and forge social bonds within the game.

As coming together at bingo halls is also about catching up with people from across the community, online bingo sites have tried to recreate an online community vibe. Offering a blog with news related to the website and new games is a great way to help people connect based on their favourite pastime.

Other websites also incorporate news from across the industry or articles about bingo variants and strategies, helping players learn new tips. And as with every online casino, there are always different reward systems that give back to regular players, contributing to a sense of belonging to a specific online community.

Bingo has gone through many transformations and the transition to the digital world is just the latest step in a long journey. As augmented reality and virtual reality tech is being harnessed by the gaming industry, it will be interesting to see what new AR- and VR-powered online bingo variants gaming developer studios might come up with. In any shape or form, new players continue to enjoy bingo – particularly women!