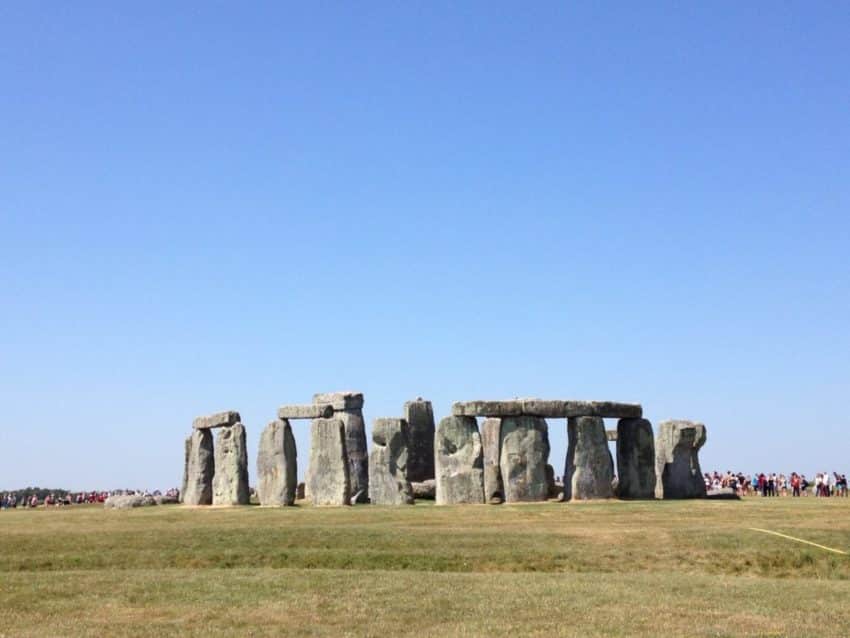 With its very rich history and culture, England is one of the most interesting places to visit and to live in. England still has many old traditions that they take for granted, such as tea time.

They have many rich stories, both fiction and non. They just have it all from interesting historical sites to storybook coastlines.

Stonehenge is perhaps one of the most enigmatic sites in the world. It is obviously ancient and yet no one is sure how or why it was built. Some say it was the world’s first calendar or one of the first ways of measuring time. Others say it’s an ancient Druidic Temple. It depends on the source. One thing is for sure, though. There’s absolutely no substitute for seeing the grand location up close.

It is perhaps one of the world’s most famous bridges. It spans across the Thames River and in between the City of London and Southwark in central London. It was first constructed in the 19th century and its last remodel so far has been in the 1970’s. And no, it does not have a toll booth. It is completely free to cross.

Buckingham Palace is the official home of the Queen herself. If you move to or visit England in the summer, inside tours are open then. It is also the location of the Royal Mews, State Rooms, the Queen’s Gallery, and some gorgeous gardens. It is also known for another unique tradition called the Changing of the Guard.

Yes, London has its own Natural History Museum. It shows similar exhibits to the one in New York City from dinosaurs to the blue whale skeleton. They host occasional movie nights and have a skating rink open around the major Holidays.

The Roman Baths are also ancient. They were once used for spiritual purposes. The waters still flow from the city’s thermal springs so that means that it’s warm. As much as you may wish otherwise, however, the water quality isn’t even good enough to swim or recline in so please don’t pack your swimwear for it.

As tea time is still a tradition, coffee shops are fairly prominent in England. Costa Coffee is England’s top shoppe chain ranging in just over 2,000 outlets throughout the country. Starbucks is second with almost 900 outlets.

England has plenty of theaters and cinemas to go around. The old Shakespeare’s Globe is also still around. It is an open O+shaped wooden ring. If it rains, you can purchase a cheap raincoat but umbrellas are not permitted. They have shows from April to mid-October.

In England, over 70 percent of the population travels by car. The most common mode for tourists, however, is taxis. In London, they’re black and you can hail them from the streets. You can’t hail them anywhere else and they are different colors everywhere else.

The red double and single decker buses are also very popular in London. For the double, you pay the driver when you step in. Some have open tops for proper sightseeing. Single deckers often have their own machines in you can purchase your tickets and then give to the conductor who collects pay.

There are also trains. In fact, Britain’s rail network is one of the most extensive with approximately 11,000 miles of railroad, over 2,000 stations and over 1,000 trains daily. There is also the underground “tube” in London, which is similar to the New York City subway system. It runs almost 250 miles with over 265 stations and covers almost all of London’s main lines.

If You Need to Send Money

If you have family there and need to transfer money to Pakistan, it has been made easy. There are three ways you can do it. If you want to do it directly, just create an online portfolio for free. You can also do it directly from the app if you have a mobile device. If you prefer to do it the old-fashioned way in person, just visit a location in person and it should be taken care of in minutes. It also depends if your receiver wants it directly in their account or wants to pick up the cash directly.

How to Keep in Touch with Loved Ones

While you can stay in touch by email, thanks to the internet, you can also do so by several apps. However, whether you and your loved ones prefer using Google Hangouts or Facebook Messenger, setting a chat schedule will help both you and them to stay on track with communications. Otherwise, you and your loved ones may get too confused or distracted and the next thing you know, months have gone by without having heard from them. Also, schedule something that works with both time zones and so that you can give yourself time to get someplace that doesn’t have a lot of distractions.

Getting Friendly with the Locals

Making friends with the neighbors can happen but is not the usual custom anymore. If you’re going to live in England permanently, the ones who will most likely know you best are your co-workers or fellow students. Otherwise, you more or less have to get out on your own. If you’re really eager, you can move into a share house where you’ll have at least one roommate but that doesn’t always work out well.

Some of the safer ways are to become a regular at a store, train session, a local pub, a supper club, or something like a book group. In fact, volunteering or joining a social club are two of the best ways to meet people, so is befriending your friends’ or co-workers’ groups of friends.

If you are not used to the culture, it can be a little overwhelming initially. However, most people adjust pretty quickly as England is very easy to adapt to. England is a very quiet, very open culture with much to offer.

Photo by Debbie Grap on Unsplash