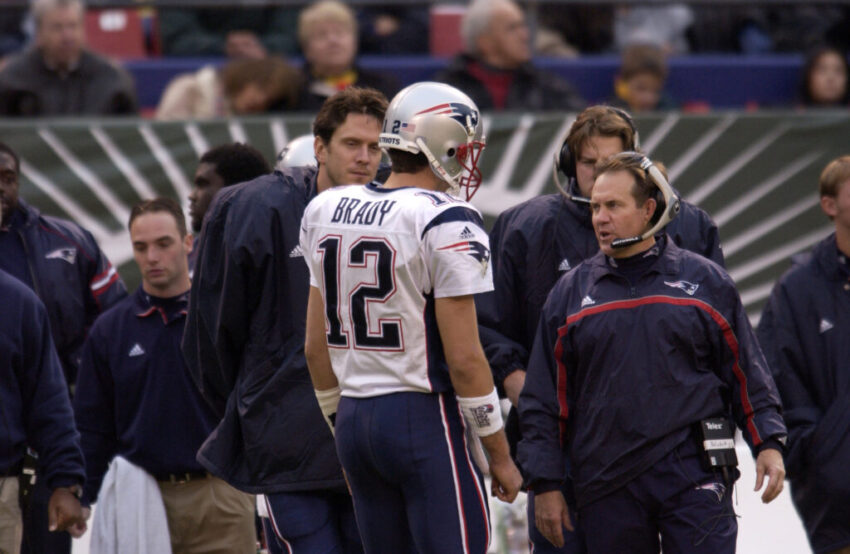 Every year, before the regular NFL season begins, the NFL Draft takes place to give plenty of opportunities to teams who want to make a big bounceback next season.

This event includes picking new players to join the current roster. Apart from that, other teams had to make a wiser move by trading other players and giving up bottom performers in exchange.

Amidst the halt brought by the COVID-19 pandemic this year, the NFL organization has managed to complete the drafting and offseason plays. In fact, the 2020 NFL season will start on September 10, 2020. Last year’s champs, the AFC’s Kansas City Chiefs, are eyeing for a  back-to-back title this year.

However, it’s not only the AFC teams that are working out this year. The NFC groups are making huge changes so that the NFL odds 2020 will align in their favor. With major player trades and roster changes, here are the top five NFC teams positioned to make an epic comeback in the Super Bowl LV.

The Super Bowl LV will hold its final show at Raymond James Stadium on February 7, 2020. The stadium is the Buccaneers’ home court- a team that might have a big impact on this year’s NFL season. The Bucs have been working for the NFC South since 2002, with Bruce Arians heading the group.

One of the reasons this team might showcase a comeback is the trade of Tom Brady, the Pats’ tenured and most valued player. Not only that, but there are also plenty of talents that Brady can work with in his current teams, such as Chris Goldwin and Mike Evans, who are the best wide receivers in the league. Apart from that, he can also come up with a good game plan together with his two useful tight ends, O.J. Howard and Rob Gronkowski.

Today, the Cardinals might showcase a surprising rally for the 2020 NFL season after trading the Houston Texans’ top receiver, De Andre Hopkins. Kenyan Drake, who is the team’s best running back, can surely expect a big help from Hopkins. With plenty of potential players from the Cardinals this season, their defense will be stronger, and their offense is boosted, which will serve as their key to victory.

The New York Giants are in their continuous quest to end the eight-year drought they experienced for the NFC East title. They got their last Eastern win in  2011. Although they appeared in the 2016 NFL playoffs, they only got the chance to grapple through the Wildcard playoffs.

During the NFL Draft, the Giants headed to step up this year and successfully contracted James Bradberry. With this move, the Giants might be a step closer to the Super Bowl LV title and dominate the NFC East matchups. Moreover, the return of offensive players last season who suffered injuries, like Evan Engram, Sterling Shepard, and Saquon Barkley, will be the Giants’ key to returning big this year.

Like the Arizona Cardinals, the Atlanta Falcons had a rough start during the 2019 NFL season. They were disappointed after completing a 1-7 record during the first half. In the second half, they bounced back, creating a 5-3 run, but went 0-4 in their finals games. Their inconsistency last year was their main problem, and they have been working on it during the offseason.

There is no doubt that the Atlanta Falcons can offer versatile talents when it comes to offense. They have Julio Jones and Matt Ryan, who are the best scorers in the league. Apart from that, the team will have a starting roster composed of Todd Gurley and Calvin Ridley, which will give the other teams a hard time to make a goal.

An 8-8 record last NFL season was not enough for the Dallas Cowboys to dominate the NFC East Division. However, this accomplishment should never be underestimated as the Cowboys have been doing great during the offseason. This is because Jason Garrett has ended his coaching era, allowing Mike McCarthy to replace him.

The Cowboys are making a good start in today’s NFL season and might find their spot in the playoffs this time. Ceedee Lamb is the team’s biggest addition on the offensive side.

The NFC teams are no longer underdogs as the 2020 NFL season progresses. If the AFC teams are maintaining the same players, the NFC is making wiser moves by adding the best players in their current roster. Can one of the five NFC teams listed above soar high in the Super Bowl LV? All we can do is wait.