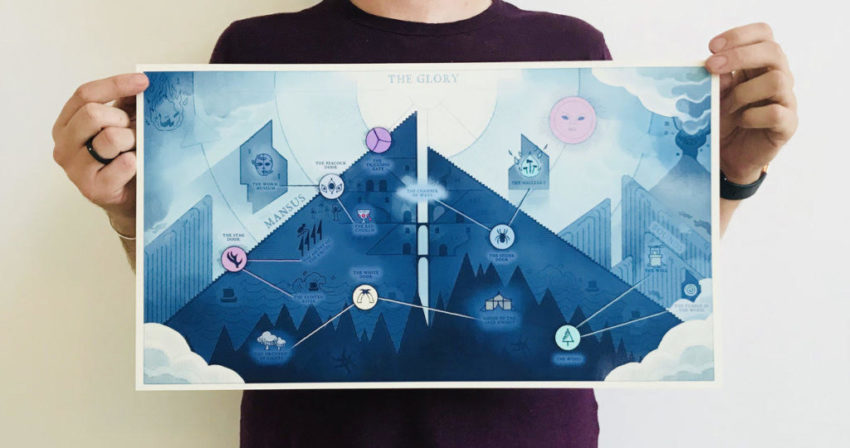 Alexis Kennedy is a writer, game designer and entrepreneur who’s been making innovative, evocative narrative video games for a decade.

He’s currently co-founder (with Lottie Bevan) of Weather Factory, a boutique game development studio specializing in narrative experiments. Before that he founded Failbetter Games, where he created Fallen London and Sunless Sea – both critical and commercial successes that have continued to influence the industry. After growing Failbetter from a bedroom startup to a thriving studio, he left in 2016 to get back to more experimental work. He took a ronin year to do guest-writing gigs for big names like BioWare, Telltale and Paradox, and then founded Weather Factory. Weather Factory’s current project is the multiple-award-winning (and double BAFTA-nominated) Cultist Simulator, and their next announced one is BOOK OF HOURS, a combat less game of loneliness and satisfaction set in an occult library. Alexis speaks internationally on narrative, on game design, and on their overlaps.

What does your typical day look like and how do you make it productive?

The thing I do most of is writing, but it’s very rare to sit down at 9am and write until 5pm with a lunch break. Almost everything I write is small, connected chunks of non-linear description or fiction or conversation. I’ve written almost no traditional linear fiction at all. Same thing when I’m writing code – I’ll often switch back and forth between writing code and writing text.

So, I generally start at the whiteboard for the day – one whole wall of my living room is whiteboard – and sketch out what I’m doing or modify what I sketched out the previous day. I find it useful to move, physically, between standing at a whiteboard thinking big, and sitting in a chair thinking focused.

How do you bring ideas to life?

I’ll usually have a visual image that evokes a feeling, and I’ll use the image as the anchor point for the feeling, and the feeling as a keynote for the work – the whole work, game mechanics, writing, creative direction for music and art.

But actually, I always like to have two or three keynotes like that, and the work will be the place where they overlap. When you have multiple inspirations, you’re more likely to make something distinctive.

What’s one trend that excites you?

Idle games – mobile games where you only interact at intervals. Most idle games at the moment are designed to be simple and rely on the allure of big numbers going up. But some are narratively or mechanically ingenious, and I think we’ll see them get a lot more so. Older gamers – like me – can’t put tens of hours into a new game a week, and idle games are a good way to combine pacing that makes a narrative feel serious with short burst of engagement.

In your opinion, what are the main characteristics of a good indie game?

That it knows what it’s doing, focuses on it, and does it well. If an indie tries to imitate a big studio game with a much lower budget, there’s a good chance they’ll end up looking like a cheap imitation. The better indies understand that, and they make risky, interesting games that big studios would never touch. But the best indies don’t stop there. They focus on the one or two things that a risky, interesting games can do well – maybe narrative, maybe atmosphere, maybe a really compelling mechanic – and then execute it perfectly.

What was your biggest challenge making Cultist Simulator, and how did you overcome it?

I wanted to create an experience that felt like learning magic, if magic really existed – a nest of mysteries and a series of ‘aha!’ moments when you understand the secret laws of the world. Those ‘aha!’ moments are most exciting when the game has seemed opaque and the player has felt confused. But confused players lose patience very quickly. If the game had been more straightforward, it would have been much less interesting, but early versions were so opaque as to be almost unplayable.

So, I left trails of breadcrumbs. Some of them were in the narrative and the flavor text – different patterns and motifs start making sense at a poetic or a mythological level. Some are in the mechanics – players sense patterns and start trying similar things instinctively. But what really made the difference was the UI. I added many more hints when people had part of a solution, to nudge them towards the full solution, so that interaction with the game felt more like a conversation between the game and the player. That’s when it came alive.

What indie games are your top inspirations?

What do you believe needs to be improved in the Indie Games market?

I think there’s room for more games to respect the intelligence of the audience. A lot of early players of Fallen London and Sunless Sea were worried that the narrative or mechanics were too complex, or the background wasn’t clearly explained. They told me that they understood it, of course, but they were worried that other people wouldn’t. But I kept the complexities and the half-hinted backstories, because I reckoned that there’s an audience out there that enjoys mystery and intricacy. And there is.

There will always be plenty of games that spoon-feed players. Big AAA games have to spoon-feed players, because they need to appeal to everyone. As an indie, you need an audience of thousands, not millions. If you trust your players to pay attention, it can help you find a niche.

Do you have any advice for beginners who wish to make games like you?

Plan for the long run. I generally tell people to expect not to make a profit before their third game. If you can survive that long, you’ll have a back catalogue and you’ll probably be okay, but too many indies succumb to survivor bias and only see the first-time success stories. Endurance is essential. It took Fallen London four years to get to the point where it consistently turned a profit.

What is something that’s true that almost nobody agrees with you on?

This is a nerdy one. ‘Non-linear narrative doesn’t mean branching narrative.’ People still think about story in games as either ‘linear’ or ‘branching’. But there are hundreds of ways to make a game feel like a story – using mechanics, using resource management, using hints and implications, allowing the player to assemble their own story, using multiplayer interactions to create a story… a lot of people are doing a lot of good work, but we’ve still only scratched the surface of everything that’s possible. Yet still I hear people talking about ‘branching narrative’ as if it’s the only alternative to a story told through cut-scenes.

What is the one thing you recommend other indie game developers do?

Don’t get stuck on trying to solve the same problem in the same way – not for an hour, not for a month. If you hit a technical or creative problem in your day, step away for five minutes. It’s astonishing how insights will pop into your mind when you come back. If you’re struggling to hit a deadline, don’t just put in extra hours. Step back and see what you can cut. Talk through the problems with a colleague. Don’t try to hero it out.

What is one strategy that helped you grow your career?

I named my first studio after a Samuel Becket quote: “Ever tried. Ever failed. Try again. Fail again. Fail better.” When I started, I didn’t have any training as a writer or a game designer. I knew I was going to make mistakes. I tried to acknowledge that, listen carefully to feedback, and learn from my mistakes. I haven’t always managed it, but when I have, it’s really helped.

What is the one book that you recommend the indie gaming community should read and why?

Roger Zelazny’s A Night in the Lonesome October. Zelazny was brilliant, and this is one of his favourites and absolutely his most accessible. And it’s such a game-like concept and execution that it’s almost impossible for a game designer to read it and come away without being inspired.