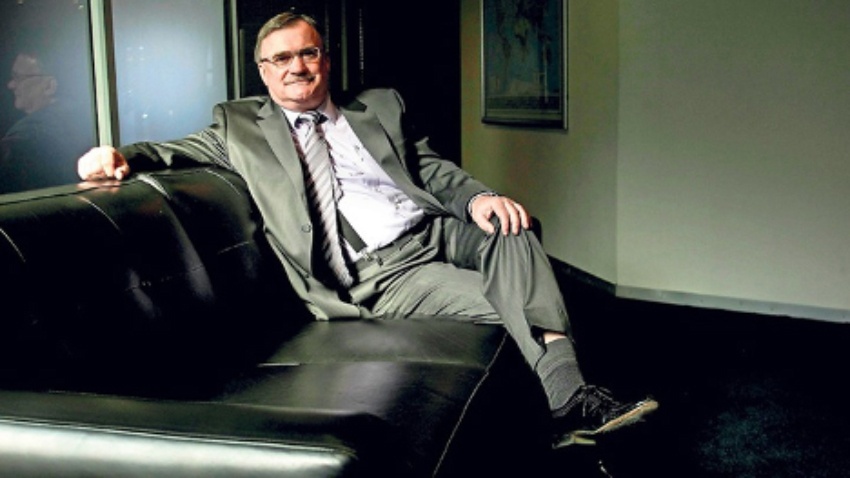 The technology is based on creating an encrypted ledger of records that are interconnected and is also useful in various applications, such as retail operations which rely on complex supply chains. He developed the first iteration of the technology to enhance transparency by increasing the security of the financial institutions using it. As Cyril Ramaphosa discusses the rise of social entrepreneurship in South Africa during Covid-19, this publication has chosen to profile what some consider one of South Africa’s most impactful social entrepreneurs.

Throughout his life, Belamant has been on the leading edge of creating, inventing, and testing new technologies for the company he has led. One of his greatest early achievements helped the banking institutions of the Republic of South Africa (RSA) when they were thrown into chaos with world-wide sanctions in the 1980s. The RSA banks were in trouble with their ATMs because the hardware systems it ran on was now unavailable to upgrade or maintain. Belamant was instrumental in developing a new ATM switch while he was employed at SASWITCH. Through innovative thinking Belamant created the second largest ATM switch in the world.

When the RSA was hit with sanctions, SASWITCH ran its computing system on Christian Rovsing computers which would no longer do business within RSA due to the sanctions that resulted from apartheid. Belamant went to Europe and secured a contract for a new computing system based on Stratus synchronous computers, and once the new system was in place Belamant went on to do reverse engineer the banks’ communication’s protocols – in order for banks to communicate more efficiently with each other and without making any changes to their proprietary systems. In doing so the RSA banking system was able to grow with better security, transparency, and easier transactions between financial institutions and ATMs, giving millions of South African’s better access to ATMs and ensuring a banking system integral to millions of disadvantaged citizens didn’t collapse on top of the people that needed it most.

Serge Belamant was also instrumental in developing the Universal Electronic Payment System (UEPS) which is considered to be the first electronic purse or wallet. UEPS is unique technology where electronic funds transfer is based on off-line operations; it functions like an electronic wallet that allows a customer to load money onto a smart card by a bank or at an ATM. Once the card is loaded a customer can use the card to purchase from merchants by transferring money to a merchant’s card who then in turns deposits in their bank by way of an ATM or POS. The electronic check has two digital signatures with the first signature known by the issuing bank and the customer’s card. The second signature is created by the clearing house and placed on the card before the card is given to the bank for issue. The UEPS invented by Belamant proved to be valuable in future banking and financial service products, reducing the need for physical cash, and helping those relying on regular payments – such as recipients of social welfare.

The next breakthrough in banking and financial services technology created by Belamant was the Chip Offline Pre-authorized Card or COPAC. In merging the proprietary technologies of Fund Transfer System (FTS) and UEPS, Belamant was able to develop a new technology for Visa which had contracted Belamant and his firm, Net1 Products to help increase security in its funds transfer systems and provide a secure offline solution.

The new technology provided Visa with increased security against fraud, misuse of credit, and verifying personal identification numbers. The little gold chip lives on today as one of the world’s greatest security measures in the banking and financial services sector and has been integral in creating the retail economy we know today.