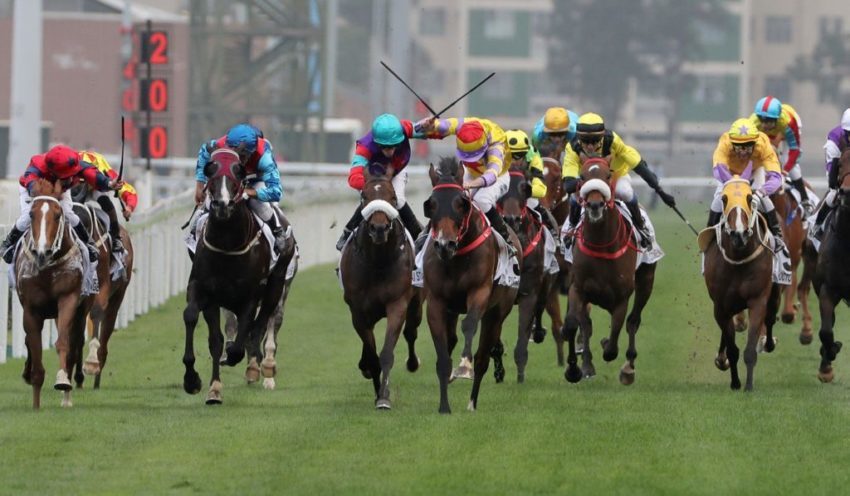 The Cheltenham Festival is the greatest jumps meeting on the planet which sees the cream of Irish and British thoroughbreds take each other on in four fantastic days of battle and in excess of £500 million wagered.

It is the Olympic Games of National Hunt racing staged in the natural amphitheatre of the Cotswold Hills and has an atmosphere which is unrivalled.

The best jockeys, trainers and horses take part in 28 races and provides lifelong memories that will never fade and define careers.

The Festival epitomises and encompasses everything that is great about jump racing and is the most eagerly anticipated horse racing betting event of the year.

An average daily crowd of just over 70,000 are treated to a feast of top class action which never fails to set the pulse racing and features endless drama in both success and defeat.

Bookmakers go out on a limb to get fresh clients with sign-up offers, whilst at the same time offering specials and enhanced prices and place terms for new and existing customers.

The ultra-competitive nature of the meeting, which features a whole host of Grade 1 contests and fierce huge field handicaps take place, also means that backers are able to get on larger amounts than usual.

Professional punters come out in force and it’s not unusual to see five, and even six figure bets, taken by layers.

Irish trainer Tony Martin is no stranger to success at the Cheltenham Festival and has long been has long been associated with pulling of major gambles.

The County Meath handlers’ ability to lay one out to land big handicaps has made him the man the bookies fear and he pulled off one of the biggest gambles seen at the Festival when saddling Xenophon to land the Coral Cup in 2005.

Having been backed down from 20/1 ante-post, Xenophon opened up at 8/1 with the sponsors on the morning of the race before being hammered down to 4/1 favourite come the off.

The Martin money was down and and after closing on the leaders two from home Xenophon only had to be shaken-up to lead at the last before being driven clear to score by a cosy 3 1/2 lengths.

The gamble hand been landed with ease in what is traditionally one of the most competitive races of the Festival. There is also the opportunity for small stakes backers and those who don’t bet regular to win life changing sums.

An opening day of shocks at this year’s Cheltenham Festival produced the second biggest Totepool Placepot dividend of all time as one on-course customer took home a spectacular £182,567.80 for a £2 straight line bet, in which they selected only one horse in each race.

Other on-course winners at Cheltenham included two customers who each collected £36.513.56 for a 40p share, having played in 10p unit stakes, while there were numerous 20p and 10p winners.

Fierce battle between bookmakers and punters

Bookmakers have also been on the side of good fortune over the years on more than one occasion. The most high profile case in recent times was when Annie Power fell at the final flight in the 2015 running of the Grade 1 Mares’ Hurdle.

She was the final leg of a Willie Mullins’ trained accumulator that pinters had piled into and had the race at her mercy when coming to grief.

Had she stood on her feet, it is estimated that bookmakers would have paid out in excess of £40 million. They dodged a bullet and it turned out to be a bad day at the office rather than a horrendous one.

The annual battle between bookmakers and punters is one of the key features of the meeting – with a “bad event” even possibly hurting the yearly projection of a big brand.

Along with an atmosphere that cannot be rivaled, terrific banter and “craic” between Irish and British racegoers and racing of the highest order It’s easy to see why the Cheltenham Festival, grabs the heart of all racing fans.

It makes it a household favourite and a must see event throughout the land for punters both big a small.