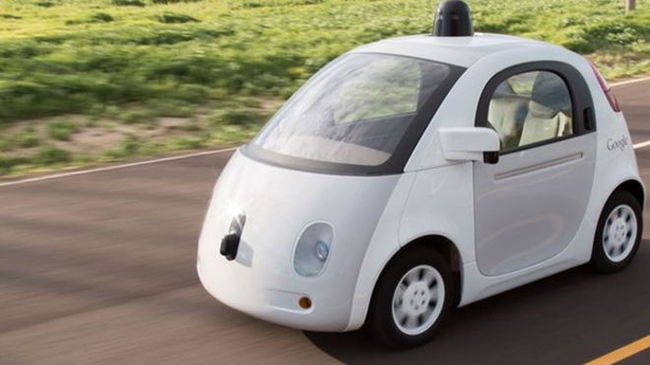 If there is one thing we can say for sure about technology in the 21stcentury, it’s that it is advancing exponentially.

The more advanced technology becomes, the quicker its evolution. What might have seemed like a ludicrous prognostication five years ago is now old news. To quote the great science fiction author, William Gibson “The future is here – it’s just not very evenly distributed”. It’s funny how technology sneaks up on us.

When people think of the future, one of the first things they always ponder about is, of course: will there be flying cars? Ten years from now: perhaps not. But the changes will make the cars of today look like a 1993 Ford Festiva, outdated and making you feel that it’s time to sell your car and update.

Advanced AI will be in all cars

The cars of today have basic software and interactive technology in them already, but let’s face it: it’s all pretty obsolete when you can just use your phone in a far more seamless way.

It’s predicted that in the next ten years, the AI in cars will rival that of smart phones of today and their interactive and web-enabled technology will have finally nailed that sweet spot of seamless integration instead of being a fairly awkward ‘extra feature’.

Bluetooth, web access and connectivity to home technology will be the norm, not to mention Vehicle-to-vehicle communication. Google’s Home and Amazon’s Alexa are already being implemented into cars, so it’s safe to say there will no longer be the awkward lean in to make a voice command when driving.

Self-driving cars will be popularised

It’s inevitable: self-driving cars are the future. Every major car manufacturer knows this, which is why they’re investing a lot of money into developing automation to not be left behind.

Tesla is famous for their endeavours to develop these cars of the future and are certainly one of the boldest to do this (their technological endeavours have been perceived by some to put them in financial crisis more than once). Elon Musk himself has stated that Level 5 autonomy in driving (Complete Automation) is just around the corner.

Cars will be drastically safer

At the dawn of autonomous cars, the question is often raised: how safe will cars be? Fortunately, we can sleep soundly knowing that cars will be much safer in the next 10 years.

After all, In the case of autonomous vehicles: safety is what the success of self-driving cars rides on. Dramatic advancements in driver-assist, predictive technology, self-braking and lane-assist will mean that you will be in much safer hands.

Electric cars will become the norm

Although 10 years from now, electric cars aren’t predicted to dominate the roads, they will have established themselves as commonplace. When Tesla, Inc. (at the time Tesla Motors) released the Tesla Roadster in the late 2000’s, its success was paramount in establishing the electric car as a legitimate modern vehicle.

Only last year, Volvo announced that by 2019 all its vehicles would be electric or hybrid. There are still many hurdles to jump – particularly in infrastructure – but the electric car’s popularity has done nothing but rise every year and in 10 years’ time will have long left its origins as a niche market.

This article was published by Premier Cash For Cars