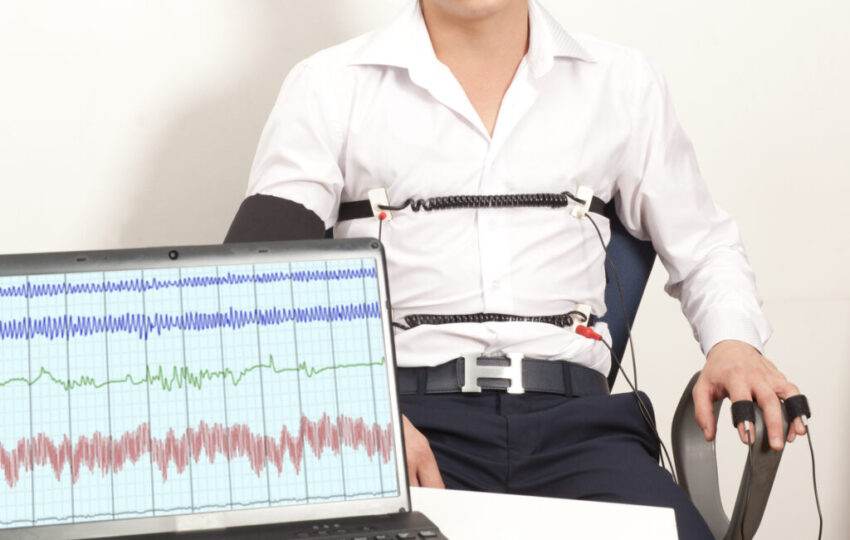 The polygraph, commonly known as a lie detector, has become part of our society since it became known in the late 1930s and by its inventors, John Augustus Anderson and Leonarde Keeler.

When this machine began to be used, many experts in the field asked themselves the same questions that, even in today’s society, are the order of the day: is the polygraph an effective procedure for all people who undergo or have been subjected to it? Is it easy to circumvent your detection system? To what extent should it be considered an infallible method to detect lies?

They are reasonable doubts considering that the machine is capable of calling its victims into question and creating ambiguous situations if they do not know how to answer them.

The origin of the polygraph

The Italian Cesare Lombroso (prominent anthropologist of the last century), studied the relationship between the changes that take place in the cardiovascular system and the body’s reaction with lies. He focused his research on two aspects of the human being: heart rate and blood pressure. From this study, through new developments and advances in the technique of human behavior, they contributed to the creation of the polygraph, an invention of John Augustus Larson and Leonarde Keeler.

Since then, from that moment on, the polygraph was consolidated as an indispensable tool for some sectors, such as justice, the police and the army, mainly, in order to help detect people’s lies and / or deceit.

How is it used?

The operation of the device itself does not require great skill on the part of the expert who operates it; This “only” will be responsible for paying attention to the interviewee and the results that come out of the polygraphic test.

First, the person with whom you want to use the polygraph participates in a conversation (interview prior to the polygraph test) with an expert interviewer through an analysis of the stimulation, better known as the Stim Test, with the aim of subjecting it to a series lies and assess whether your body responds to neurolinguistic changes.

Once this interview is over, the polygraphic test enters the scene, in which the person is connected to a series of sensors that analyze their physiological reaction, and this is revealed on paper printed by the same machine. In this paper appear the records of the physiological activity that the individual has had while asking each question.

How does the lie detector work?

What the sensors of løgndetektor placed on the skin measure is the electrical conductivity of the skin. These measurements are made in real time, and they tell us about the way in which the skin’s pores open or close to let sweat pass, a substance that circulates electricity. Other variables taken into account have to do with the heartbeat.

But the polygraph is designed to detect the physiological changes in the person’s body and not to detect a lie as such. In other words, the device is not capable of knowing what a lie is by definition, but rather, it shows the body changes that the person undergoes during the polygraph test, without telling us why those changes occur. It is a way to isolate data and, from them, try to deduce what is the logic that governs the physiological activity of the person to, from that, try to know if he lies or not.

The dilemma that arises from the reliability of the machine in question is in constant debate, given the infinite variables that the human being presents in any type of situation. Thus, it is very difficult to scientifically assess whether a person lies or not, because that depends, among other things, on whether they have the ability to lie or if they just get nervous saying, even, the truth. The context in which the polygraph is applied is not emotionally neutral, and the subject who undergoes the machine knows that a slight change in his body can cause him to have many problems in the future.

These are vitally important questions that should not go unnoticed by an expert if a fair test result is to be given in complete safety. The polygraph tells us if a person is physiologically more or less activated (to a certain extent), but of course, technically he is far from being a lie detector.

Legal application of this machine

Its use, especially, occurs in some government agencies of the United States of America (CIA or NSA to name a few examples) in order to find out if the person is lying or not. Far from the American continent, its use in European countries is carried out for the assignment of certain jobs of private companies and in organizations in the security sector. Thus, the effectiveness of the polygraph in the legal classes is approved and legitimized, especially in the United States and the countries that are under its influence, since they consider it essential evidence in a hypothetical judicial case.