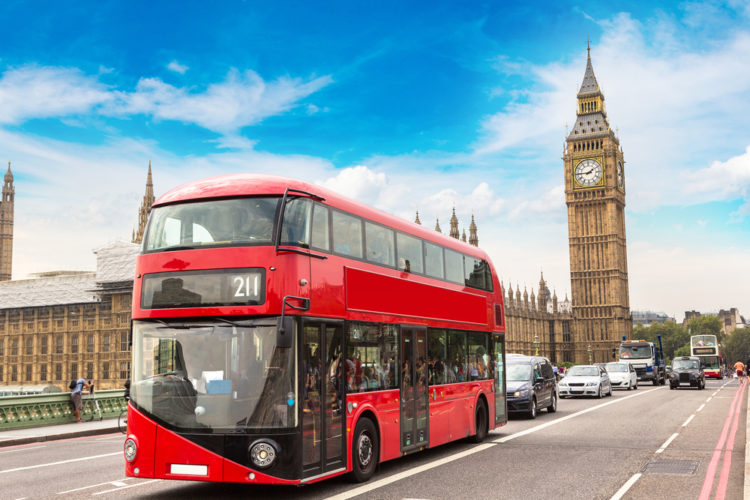 The UK is full of unique Brit-isms that only someone who has lived there will know.

To an outsider, British behaviour, concepts and lifestyle habits might be downright dumbfounding.

But to us Brits, it couldn’t be more normal. Here are 14 things you will only understand if you’re from the UK:

If you hate someone, you never tell them.

In fact, the more you dislike someone, the more politely you treat them. It’s only when you go home to the listening ear of your significant other that you really let off steam. (Note: the polite treatment doesn’t apply if alcohol is involved. That’s when things can get really messy).

Sweets are sweets, not “candy” or “lollies”.

It’s a sweet because it’s essentially entirely made up of sugar, which makes it – you guessed it – sweet. There are different types of sweets, like gobstoppers, lollies, gummies, bonbons etc., but they all fall under the “sweets” category.

If you don’t consistently moan about the weather, there’s something wrong with you.

In the UK, we moan about the winter and the summer. We particularly like to be dramatic about our winter months, especially when the temperature drops below zero. We act like our winters are as bad as Canada’s (when there’s at least 20 degrees difference). And then when the sun does come out, it’s too hot. The weather can’t win.

Standing on the left is illegal.

… or that’s how it feels. In busy train stations and the Tube, the left lane of the escalators is for running people only. Whether these running people will even make their train before you show up, or they simply prefer to move with speed, no-one will know. But if you do clog up that left lane, you will be swiftly scolded for it by an impatient commuter.

It’s not normal to talk to strangers in public.

We don’t do polite, friendly conversation over here. In fact, if a stranger does approach you, you immediately assume they’re hoping to convert you to Christianity or ask you if you have a spare 10p. Nine times out of ten, they are.

Nobody actually cares that much about the queen.

She’s good at what she does, and we’re sure she’s a lovely lady, but the American population is far more obsessed with the royal family than anyone in the UK or even Canada. Although if there’s ever a royal wedding that calls for a bank holiday, we’re all for a royal celebration.

People genuinely do talk about the weather. A lot.

The moment the sun comes out, you take action.

It’s immediately acceptable to stock up on the “summery” drinks like Pimm’s. The inflatable paddling pool makes a reappearance out of the back of the shed. Shops sell out of disposable barbecues. People sit out in their gardens until the middle of the night, pretending they’re in Spain.

Going to the doctor, the dentist or the optician is reserved for emergencies only.

The thought of all that awkward stranger-to-stranger talking makes you feel more ill than you actually are. Better sit it out at home and hope the severe toothache passes on its own.

The stereotypical “British” accent isn’t representative at all.

Let’s get one thing straight: only around two percent of the entire population speaks the Queen’s English. The rest of us speak in a broad range of dialects, most of which require on-screen subtitles when filmed and shown to the rest of the world.

There isn’t really an answer to “y’alright?”

This might be one of the most common British greetings, but it leaves many non-nationals confused. Are we genuinely asking if you’re alright? No. Feel free to respond with “y’alright?” right back, or just don’t respond at all. Both are normal.

You live for your summer getaway.

Most Brits have only one “big” holiday (we don’t call it “vacation” over here) booked for every year: the summer holiday abroad. Depending on your age and relationship status, this holiday destination could range from Ibiza, Zante or Benidorm to the Greek Islands, Fuerteventura or Mallorca. All lovely.

Yes, there are much better places in town, but your down at your local, the regulars are family. Perhaps you are also considered a regular. Got to support your community’s businesses, after all.

Tea is really not a big deal.

We don’t all own fancy tea sets and drink seventeen different varieties of fancy loose-leaf stuff. In fact, most of us really aren’t that bothered about tea at all. If someone’s offering us a cuppa at work, we’ll take it, but do we make religious ceremonies out of our tea-drinking habits? No.