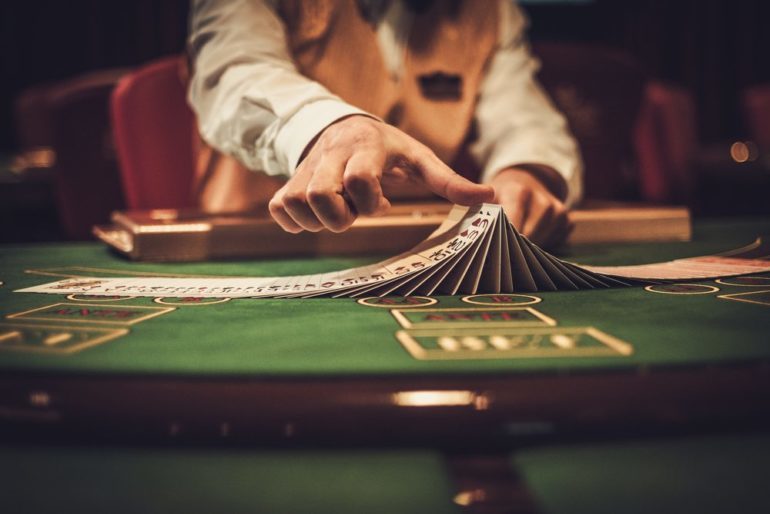 There is no doubt about the fact that Blackjack happens to be one of the most popular casino games all around the world.

Wherever one may be playing at a casino, having a Blackjack table is a must. There are thousands of sites which provide a vast range of guidelines for beginners, making Blackjack even more convenient and popular. With the onset of online gaming, players all around the world get a varied most of this game, both online and offline. This game which had started in France back in the 1700s, actually evolved from a game called, “vingt-et-un”, which meant “twenty-one”. From starting as a table game in shady places, this game has come a far way wherein anyone can play it at any time. These days, one can easily play blackjack online at Mansion. But the question is, how did this game earn so much popularity?

Blackjack wasn’t remotely famous when it was introduced in the US for the first time because very few people wanted to try a new game. Dealers then started giving bonus payouts to every player in the gambling house, but only at the blackjack table. This started attracting crowd and eventually, it kept on growing to become one of the most played games at a gambling house.

This game got its name from the jack of spades and jack of clubs. The rules have changed now where players can win blackjack if they get any ace card and any of the tens, jacks, queens and kings. Previously, when a player got an ace of spades and a blackjack, it was considered as “blackjack” wherein the player would win a bonus payout.

In this course of time, blackjack became so famous that people started playing it in their houses and even making movies about it. It is relatively easier than any other card game, which makes players quick learners. It has fairly simple rules where the players have to essentially beat the dealer to a hand of 21. Here are few reasons behind blackjack being so popular:

All in all, it’s a fun game that employs an awful lot of mental gymnastics and finesse to ace it (pun intended).