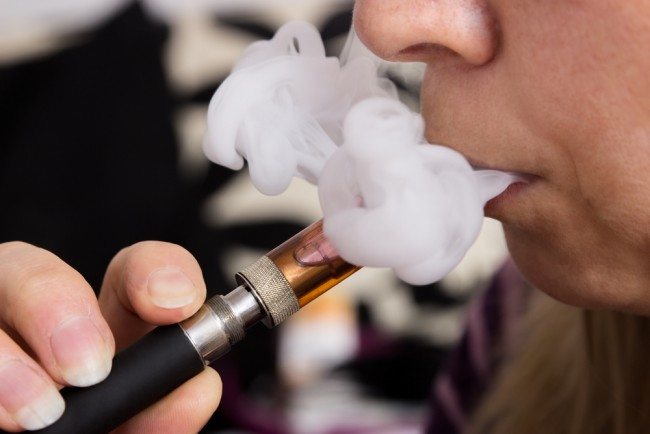 Vaping in cars is illegal across the globe especially while driving with children inside the vehicle.

Smoke free environment act prohibits drivers to smoke inside the vehicle especially when they have minors below 18 years regardless of whether the vehicle is in motion or parked by the road.

Police have warned drivers, if they are caught in the act they will suffer heavy penalties or punishments. Police on patrol will be keen in checking individuals who might be using e-cigarette behind the wheel.

Vape pens can cause clouding in the vehicle because they release large plumes of smoke. Vaping while on the wheel is not an offence, however drivers could be prosecuted for driving without due car. Driving without due car is said to be deemed and distracting under the law. Smoke clouds inside the vehicle cause momentary blindness and this increases the chances of crushing with the vehicle.

There are heavy punishments for driving without due car, there are punishments of at least $ 3,000 dollars. Vaping is not considered illegal, however the decision lies with the police. Police are the ones to determine whether there is deem and potential danger and distraction by the hand held device.

There are over 3 million people in the UK known to use e-cigarettes, research shows that 1/3 of them have been found Vaping in cars.

Smokers are said to enjoy smoking in the vehicle because it is a stress reliever. Drivers additionally get pleasant experiences and enjoy themselves as well. Temperatures keep changing throughout the year, in extreme temperatures passengers who do not smoke may find it difficult to breathe in a smoke infested vehicle. If the driver opts to open the air conditioning system and the driver’s window is slightly open it is still difficult for the passenger to breath because there is poor air circulation.

Opening the windows will facilitate minors to get enough air circulation, however ash will flick in the vehicle and leave behind a bad odor. Smoke does not only leave an odor smell but leather and cloths are affected as well. Cloths and leather will be hard to adapt to in the vehicle, it will be difficult as the vehicle will not have the same resell value. An attempt to trade in or make a vehicle sale will be difficult because it is difficult to get rid of the smoke and how the seats have been affected.

E-cigarettes just like traditional cigarettes will be permitted in bars and restaurants. Despite the ban and provisions on E-cigarette, there is no real evidence on number of accidents that have been caused by smoke from the cigarette. Igor Burstyn argues that if a driver was smoking inside the vehicle and the child fell sick, would the first step be stopping the vehicle to see if the child would get any better.

The research argues it is ridiculous because there is no data or statistics that prove E-cigarette has been causing harm. Vaping is not only associated to smoking but to crowd funding and sexting.