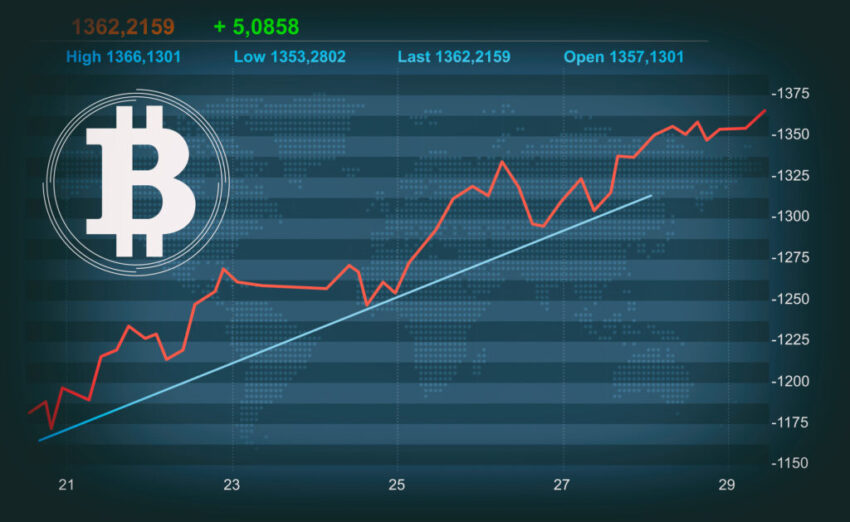 In 2008, Bitcoin, the first virtual currency, was born as part of Fintech a financial technology that uses IT in a broad sense. That was nine years ago.

Recently, when I gave a talk about financial markets, I got more questions about Bitcoin. This is because the price of Bitcoin has risen in spite of the sluggish market conditions of other investment financial products, and it has attracted attention because it has tripled since January.

However, this soaring was mainly due to the purchase of investors in mainland China. They are hedging the risk of the RMB’s decline. Recently, the yuan has reached the highest price for the first time in two months, the currency system has changed, and the risk of price declines has decreased .Therefore, there is a move to sell bitcoins to return to the yuan, and the loss cut of general investors also added, the maximum it fell by about 40%.

By the way, the name of this virtual currency must not seem misleading and confusing. In the first place, the word “currency” means “money” that has a legal communication, so there is only one in each country.  Therefore, virtual currency should be called “virtual currency” originally.

Cryptocurrency is not based on issuance and participation by the central bank, but is based on market participants’ evaluation credibility of the entire system. At the end of the day, the point is whether everyone believes. Initially, Bitcoin was born for the purpose of payment. However, its significance as an investment target is now increasing. In Japan, about 95% of the purpose of trading is investment speculation. Immediate Edge is best software used worldwide.

Virtual currency is legally defined in Japan by the revised Fund Settlement Law enforced in April 2017. It is described here as property value and it is clearly stated that it is not a currency. In short, it’s just something.

Moreover, since it is not a financial product, it is not covered by the Financial Instruments and Exchange Law. Although there is some misunderstanding, although the consumption tax will be exempt from July, this does not mean that it has been approved as a currency, just to match other G7 countries.

The FSA’s and other authorities’ view of virtual currencies is mainly from the perspective of consumer protection and money laundering. According to the revised Fund Settlement Law, exchanges that purchase virtual currencies were subject to inspection. It is a form that corresponds to the case of the collapse of the Bitcoin exchange and Mount Gox that occurred in 2014.

In the case of inspection, the FSA will enter banks and the like, but it will be audit firms that enter the virtual currency exchange. Bitcoin exchange troubles have continued in recent years, and Japanese non-life insurance companies even sell virtual currency insurance.

From the point of view of consumer protection, there is concern that consumers may be damaged due to market volatility. Financial products in such a small market are heavily traded during normal times, but when abnormal times occur, all transactions orders are lost. That is, a large loss may occur. In other words, it is the same story that ordinary investors suffer from the movements of quotes and traders’ muscles that have existed for a long time.

The issue of money laundering requires exchanges to verify the identity of a trader as if it were a bank. For example, the main sources of funds for IS (Islamic countries) are said to be virtual currency remittance and prepaid cards delivery in kind. By the way, there will be restrictions on prepaid cards.

There should be no problem if you know and trade such things, but in any case, this is a different dimension from risk management for fiat currencies.

In the blockchain, the specifications regarding the processing speed are fixed, and in the case of Bitcoin, for example, a new block is created once in about 10 minutes. There is a limit to the number of transactions that can be processed per hour, and since the amount of information that can be packed in one block is substantially 1.7 MB.