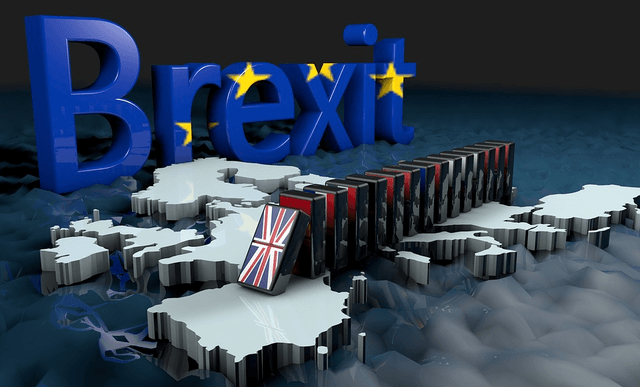 Fact: The UK gambling industry is booming. Fact: there’s less than one year until Brexit.

As such, in spite of industry growth, everyone from online gambling operators to players are worried and wondering how exiting the European Union will affect Britain’s gambling industry.

Those who are worried have a very good reason to be. According to trade and gambling lawyers, a chaotic no-deal (or hard) Brexit could result in online gambling operators based in the UK stranded from the European Union.

The reason is that if Britain leaves without making an agreement with the EU, this would mean falling back to World Trade Organisation (WTO) rules; the worst case scenario if trade talks collapse entirely.

The problem with retreating to WTO rules for gambling operators, according to Brussels gambling and trade lawyer Philippe Vlaemminck, is that gambling is excluded from any market-access commitments for services by the EU. In other words, theoretically, any British company in the gambling industry can be excluded from taking part in any bidding process inside the European Union, Vlamminck said.

This is only one of the Brexit challenges that UK-based gambling operators might face.

The industry will face many challenges

While some of London’s larger businesses are more optimistic about the prospects for their firms in the future, not everyone in Britain shares this same optimism and confidence, including online UK punters.

While no one really knows what impact Brexit will have on the UK gambling sector, initially, it could negatively impact online gambling in a few key ways.

To start, regulations are likely to change dramatically. The British government will need to decide whether European residents will enjoy the same benefits as UK customers.

Next, gaming tax will come into question. Considering a number of online operators closed their doors to UK players when tax laws changed back in 2014, Brexit might result in even more doors closing if there is an update to gaming tax laws. More prohibitive regulations could lead to more withdrawals from the British market.

Also, some are wondering about Poker Liquidity. For instance, will there be less money pouring into poker tournaments if there are fewer players from overseas? If so, the worry is that the operators concerned might not be able to withstand such a hit to their revenues.

Finally, other British territories located outside mainland UK could take a hard hit from Brexit. This includes the Isle of Man and Gibraltar, both of which are home to big iGaming market players like 888 Holdings and PartyPoker (Gibraltar) and PokerStars (Isle of Man). Both territories also reaped the benefits from changes in global gambling laws back in 2005 and have excelled under EU membership. However, Gibraltar is working on contingency plans if the worst should happen.

In the event a hard Brexit occurs, this would have a big impact on Gibraltar’s gambling industry. The territory has already lost multiple licenses due to recent mergers and acquisitions. Furthermore, Gibraltar’s Gaming Minister Albert Isola anticipates that more deals will take place in the next few months and years that will affect the local industry.

In addition to rolling out new gambling tax and annual licensing fees for gambling companies to stay afloat in a continually changing industry landscape, Gibraltar is recommending that its licensees make contingency plans if a hard Brexit should occur. For some of its operators, including bet365 and 888 Holdings, this may involve possibly moving some operations to Malta and Ireland.

That being said, the minister revealed that the UK Government has promised Gibraltar access to the UK’s remote gambling markets after Brexit. It is reportedly the only British territory that has been promised this access.

In spite of the impending Brexit, casinos in the UK, especially online casinos like MR Green, BGO, 888Casino, continue to flourish. For instance, UK casino PlayOJO has gained in popularity after enjoying a highly rewarding year with successful TV campaigns and its unique fair play approach.

But it’s not just this online casino that has enjoyed success. According to industry statistics released by the Gambling Commission, the total gross gambling yield of the Great Britain gambling industry from October 2016 – October 2017 was £13.9 billion, a 0.7% increase from April 2016 – March 2017.

Moreover, Statista reported that, over years past, gambling has shown an overall increase in the United Kingdom. This is revealed in the rise of casino attendance in the UK as well as in the revenue of the UK’s different gambling sectors. Plus, in addition to there being a growing number of UK punters, the nation’s gambling industry employs anywhere from 100,000 to 125,000 employees. Statistics show that there is a solid consistency of gambling being the predominant revenue source in the country.

Ultimately, whether there is a hard or soft exit from the EU, no one knows for certain what will befall the UK gambling industry. Still, those who work in these organisations could find their jobs at risk. Job losses in the gambling industry as well as a loss of players could have serious effects on Britain’s economy as a whole.

Although only time will tell what affect the decision to leave the European Union will have on the British economy, as far as the gambling industry is concerned for both the UK and its territories, it’s safe to say that uncertain times are ahead. Regardless of what may happen, the issues that arise post Brexit are likely to be complex and far reaching.