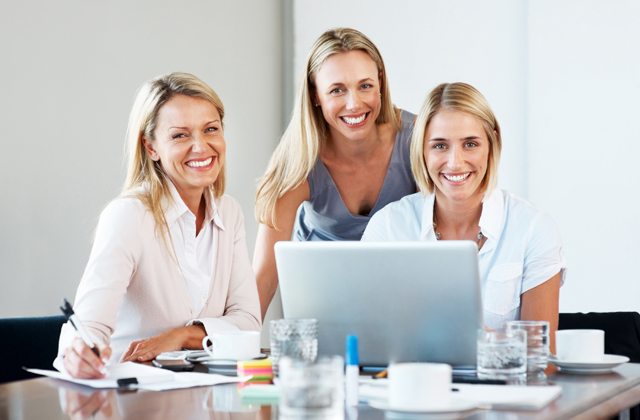 Bearing in mind that I am a dedicated and passionate business woman and that this is my first column for ‘Business Matters’ it would be odd not to give a nod to a subject matter which has been consistently hitting the headlines – ‘Women’. We certainly seem to be the topic of conversation this year!

Who knew that it would take nearly 100 years after the first batch of votes were handed out in women in the UK for the World to wake up to the fact that we should in the workplace be paid the same amount of respect and money as our male counterparts. I have never seen myself as a flag bearing feminist but who could not feel a deep affinity with the current mood.

Even Piers Morgan sat on Breakfast TV at 7.30 in the morning and declared himself a ‘feminist’.

Last week the headlines were dominated by the debate on equal pay. For 47 years, it has been illegal to pay men and women different rates for the same job. Nevertheless, as the April deadline approached and the final reports on gender pay difference from large firms came in it was clear that pay inequality is still very much there.

But as women we march on and I mean that literally. Women’s marches attract huge crowds. In 2018 we have already seen hundreds of thousands of women taking to the streets for marches across the World both in January and in March (Women’s Day). And the banners and rally cries have definitely been out in force: –

‘For Most Of History Anonymous Was A Women’ – Virginia Woolf

In the last couple of years, advertising agencies have certainly excelled themselves as big corporations and government have visibly embraced the message that it is OK for girls to challenge the status quo. We have seen many creative campaigns aiming to empower and encourage women: – ‘This Girl Can’, Sport England; #LikeAGirl, Procter & Gamble; “I Will What I Want”, Under Armour; “United by Half”, United Colors of Benetton – launched originally in India the idea behind this campaign is that no gender is greater than the other and that brings me to the story of Edith Bailes.

Recently I was asked what was different about me – “Why are you, Alex Robson, an entrepreneur?”. So, I decided to look back at my own family, my DNA, to find out who were the pioneers hiding amongst our female ranks. That is when I discovered the story of my Great Grandmother Edith Bailes. Way back in the 19th century she was an equal business partner with my Great Grandfather George. They set-up together and ran together a printing, publishing and book binding business. A company which prospered for well over one hundred years, long after they were no longer with us.

A definite ‘This Girl Can’ / ‘United by Half’ story. On the one hand without George’s liberalism, foresight and support this story would not have been possible. But without Edith where would George have been? Success in business is about the right team. A vice versa situation. But what is really interesting is that until a few weeks ago I had not heard about Edith’s role in the prosperity of our family, so Virginia Woolf was right! “For most of history anonymous was a Women”.

Give and take, vice versa, it’s about the societal / business team. It’s not just about women it is about empowering society as a whole, propelling us all to be a better place. It has to work for everyone.

“Behind every great man is a great woman” is a thing of the past, today we stand side by side.

Alex Robson is the co-founder of West End Drinks Ltd, and brand owner and co-creator of the King of Soho Gin.
View all posts

Alex Robson is the co-founder of West End Drinks Ltd, and brand owner and co-creator of the King of Soho Gin.