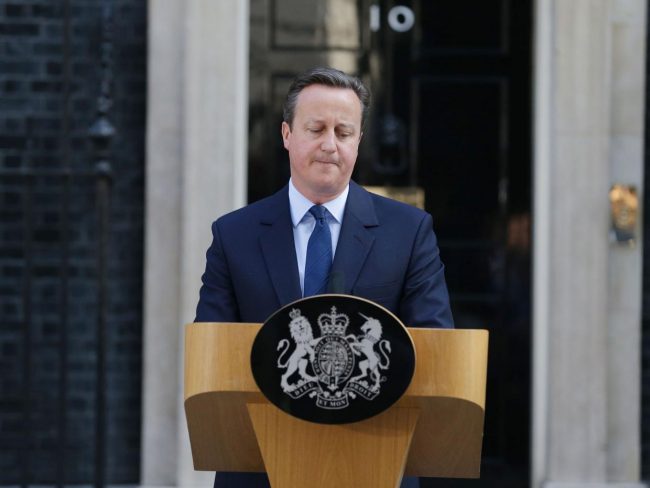 Throughout his political career, first as leader of the opposition, then as Prime Minister under coalition conditions, David Cameron did the best for his country, often at personal and political cost to himself, and for me that elevates him way beyond being merely a successful politician, and into the realm of true statesman.

When David Cameron came to power in the dark days of 2010 the country was in a terrible place. Mired in recession he, along with his faithful Chancellor George Osborne, took some bold decisions that dug us out of a huge economic hole.

He introduced some hard and unpopular measures on spending, rather than continue to borrow more and more to win short-term popularity. And, like Margaret Thatcher after her 1979 election victory, Mr Cameron placed his faith in some of the basic values that underpin the Conservative Party, trusting that if he gave businesses, especially small enterprises, a little encouragement they would they would repay his confidence with dividends that would drag the economy out of recession.

And just like those of us in business who count ourselves as ‘Thatcher’s Children’ a new generation of small businesses and entrepreneurs rose up in their hundreds of thousands, set their stalls out, marketed their products and services, employed people and paid taxes. Between 2010 and 2015 760,000 new businesses were founded ensuring Britain had a record number of 5.2 million small firms.

The recession ended, and then the unthinkable happened, against all predictions, Mr Cameron and the Conservatives were re-elected to govern alone in 2015.
Prime Minister Cameron was, however, not just the man that saved the UK’s economy, and perhaps if he’d not followed his conscience on social issues he may well still be in residence at Number 10, after today.

But, from the beginning he challenged many traditional Conservatives with his thoughts on how Britain could become a more caring place. Strapped for cash he floated the idea of the ‘Big Society’, where the concept of self-interest was extended to include improving everyone’s lot by helping thy neighbour, for no direct financial gain. He was also an advocate for LGBT rights and of course saw in the Gay Marriage Bill. This was clearly not a man with just the ballot box in his sights.

As recently as May of this year Mr Cameron included prison modernisation; help for children in care, and measures to get more kids for poorer homes into top universities, in The Queen’s Speech.

Sadly the departed Prime Minister won’t be around, certainly not at any top level in any case, to work on any of these initiatives. But it seems to me that he made one last sacrifice for what he believes in, when he effectively resigned on June 24.

Muhammad Ali once said: “Only a man who knows what it is like to be defeated can reach down to the bottom of his soul and come up with the extra ounce of power it takes to win when the match is even.”

I was at the Carlton Political Dinner last year after the election, so I know what it meant to David Cameron to be Prime Minister of the first pure Conservative administration for almost 20 years.

My point is this; devastated as he must have been on June 24, Mr Cameron could have immediately triggered Article 50 of the Lisbon Treaty, as Boris, Gove, Farage, Leadsom et al would have liked.

But instead he refused, and walked swiftly away from the office he had devoted so much of his live to winning.
And in that final act, by rejecting petulance, or any thoughts of hanging on for personal gratification David Cameron saw off his enemies for the good of the nation, and set the stage for Theresa May to lead us back to sanity.