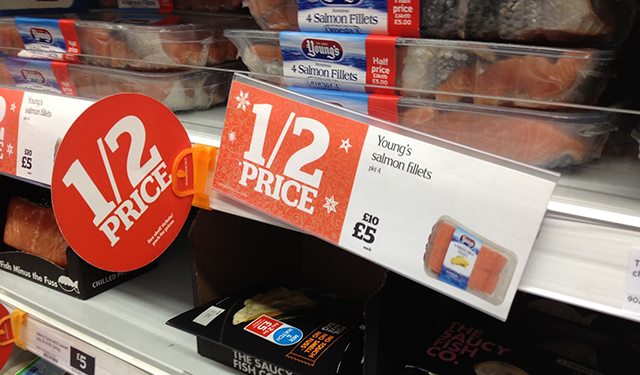 I have two customers who grew from front room startup to £23m and £15m sales respectively, all online, and both using an ecommerce solution from my company SellerDeck. You might think I would be proud of these guys, but I’m not. Both were focused on competing on price, and while one company was sold for a pittance (after they had moved from our platform, and after sales had fallen off a cliff), I have just learnt that the other is insolvent.

Which would you rather be; one of these wheeler dealers, or someone with less sales, decent margins and a profit of half to a million every year? It’s a hard lesson to learn but competing on price is nearly always a losing strategy. The only exception is where you have a sustainable cost advantage, which frankly is rare. Being prepared to trade at a loss doesn’t qualify as an advantage!

I’m on the board of a company that is making over 60% net margin on sales, and we have very happy customers. We are also growing rapidly and have a market cap of several billion pounds. I will state the obvious lesson for myself as much as for anyone reading: low price doesn’t bring business success, but reasonable prices with great service can, and often does.

Why do we do it?
So how come we don’t all sing from this particular hymn sheet, and how is it that so many people start selling on price? After all, every piece of research I’ve ever seen on the subject says that only a small minority buy on price, so it’s a mystery why so many of us try to sell on this basis.

If everyone bought on price, you wouldn’t see any BMWs or Mercedes on the roads, let alone Ferraris and Rolls Royces. In fact, you wouldn’t even see Fords with all the extra options.

I think the answer may be fundamental laziness. It’s hard to understand our customers, and it’s not straight forward to come up with ways you can differentiate yourself. Here’s the easy option, let’s just be the cheapest!

The big problem is that people who buy on price still expect good service . In fact, some of them can be the most demanding of customers.

I don’t really do New Year’s resolutions, but if I did, this would be mine. Don’t sell on price alone; it’s the route to business hell.