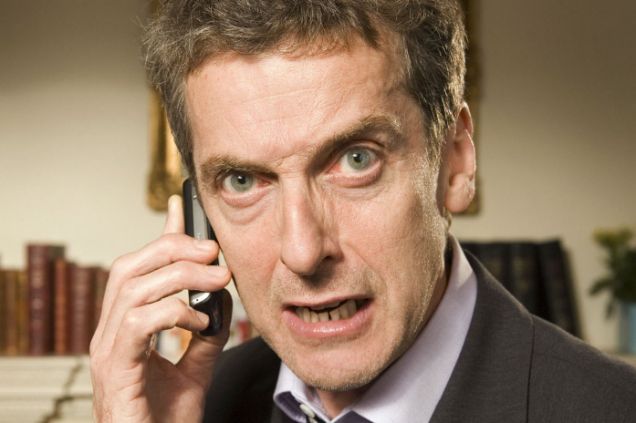 The irony wasn’t lost on me and my team, and we enjoyed this BBC Magazine piece by practitioner Benjamin Webb examining the history of the PR industry and analysing its challenges in a fast-changing media environment.

In it, he claims that public cynicism and the rise of the Machiavellian political ‘Spin Doctor’ – such as The Thick Of It’s Malcolm Tucker, played by the new Dr Who Peter Capaldi – have seriously damaged trust in PR.

Webb also claims that the image problem will solve itself because the traditional PR model won’t survive for much longer:

We couldn’t agree more. When we get calls asking us how much we charge for a press release, we do a little sob inside.

Yes, there is still a place for a well-timed, genuinely newsworthy press release. But in a world where online PR, social media, blog-seeding and search engine optimisation all present brilliant opportunities to connect organisations with audiences instantly, the media release is just one small part of an ever-growing toolkit.

With traditional newspaper sales plummeting, many news organisations, like have had to adapt to the new digital ecosystem. At Cake HQ, we now read the Times and Western Mail on the morning commutes on our iPads and smartphones. We get our breaking news from Twitter, as do many millions of others.

If we want to find anything from a restaurant recommendation in a new city to a printer, we turn to Twitter then Google for recommendations.

For companies that want to be part of this revolution, and want to connect and engage with potential customers or other audiences, the old school PR approach just isn’t enough.

At Cake, we genuinely love helping our clients create memorable, interesting content that gets them noticed, or holding their hands as they take their first steps on a journey into the social networking world. Whether it’s doubling web hits with an engaging blogging strategy or getting clients in front of decision makers to secure funding, we take pride in public relations work that is based on quality and results.

Shameless plug aside, one thing is clear; the dark art of the old ‘Advertising Value Equivalent’ – a horrible measurement that aimed to prove the ‘value’ of editorial coverage based on advertising rates, is long dead (it couldn’t come soon enough for us).

In an online world, where click throughs, search engine rankings, video views and positive mentions are all measurable, we always advise people to ask tough questions of any agency they are considering engaging.

The first question should be “Press releases come as standard – what extra expertise can you bring?”.

If they’re struggling for a response, then you’re likely to be throwing money at old rope.

As for us, we’re looking forward to a brave new world where PR commands as much respect as some of its sister disciplines. A world where we don’t have to shoulder the collective responsibility of the one-trick ponies that, to paraphrase the double-denim-donning Bon Jovi, give PR a bad name.