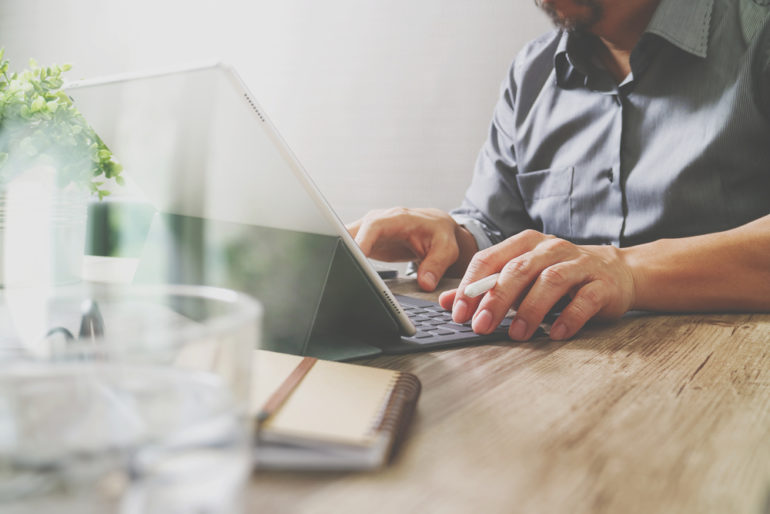 You’ve probably heard this a number of times before. But you’re not seeing the whole picture because you’re missing one important piece of the puzzle.

I’ll explain why, but let’s just start by getting the facts straight.

Not surprisingly, IT, broadly speaking, is the most in-demand skills set across industries. Software engineers and programmers are in particular high demand, with respondents listing automation, C++, C#, and cyber security as key skills needed.

Across the UK’s major tech hubs, employers in Leeds, Manchester and London are the most pessimistic about their ability to attract talented tech workers.

And the need for IT skills is not getting any smaller. 92 per cent of employers said they will need more employees with technical skills, and 74 per cent said that finding people with the right skills will be harder in the future.

Adding to that, companies fear that the talent shortage problem will only get worse once Brexit is finalised.More than half of UK CIOs said they were unsure if they would be able to find enough staff with the required IT expertise once the UK finalises its divorce from the EU.

Are you getting depressed from reading these stats, or is it just me?

But actually, there’s good reason as to why we shouldn’t worry.

You’re looking in the wrong place

While there might be a talent shortage in the traditional workforce, the flexible workforce, consisting of freelancers, independent consultants, and contractors, is booming.

Since 2009, the freelance economy in the UK has grown by 25 per cent and generates an estimated £109bn a year. Flexible workers now account for around 15 per cent of the working populationin the UK.

That’s why more companies than ever are now using flexible workers to meet demand.As many as87 per cent of UK employersintend to increase or maintain their use of flexible workers in the next three months.

You might start to think that it’s only a temporary solution until permanent positions can be filled.

But that’s not quite the case.

The speed of technological developments mean that today’s world is far less predictable than yesterday’s, and that companies that have developed greater agility can often outperform competition. The old paradigm of employers focusing on predictable job roles is giving way to project work, which lends itself to hiring flexible workers on a project basis. Increasingly, jobs may become replaced by projects. This is giving rise to the flexible workforce whose members rapidly assemble and reassemble around projects, challenges and goals rather than jobs.

Let’s look at the advantages of flexible talent

According to Accenture, two of the key advantages of employing flexible talent are ‘fast access to relevant and highly skilled talent, and agility in the face of a highly turbulent business environment’.

And in today’s competitive business world, it’s crucial to be adaptable, agile, and nimble. For instance, time-to-market can make the difference between success and failure. By bringing in flexible talent when they’re needed – who can hit the ground running without time-consuming on-boarding and training –  businesses can get ahead of the competition.

They’re also able to quickly adjust to changing demands, scaling staff up and down efficiently to meet changes in demand in various parts of the world.

By using flexible talent, companies can also quickly change the mix of skills available to them, which can help them adapt swiftly to changing customer preferences. Moreover, using a flexible workforce can foster innovation – an essential part of any growth-driven competitive strategy.

Numerous studies have shown that the shift towards using the extended workforce as a strategic asset can help push a company ahead of the competition. For example, one study revealed that the most successful businesses use flexible workers more often and more strategically than low performing businesses.

So, to compete in the future, businesses will need to push recruitment beyond the confines of the enterprise wall to include the new hybrid of flexible workers. By maximising the potential of both an extended workforce and permanent employees, companies can gain critical competitive advantages.

Here’s 4 easy steps to bring your company in front of the pack:

The bottom line is, businesses should not be concerned about the type of contract a candidate can be hired on. They should be thinking about who’s best for the job. Put in another way, would you hire a lower qualified perm over a higher qualified freelancer? Why?

So I’m calling the bluff on the talent scarcity crisis. It’s really only prevalent in the traditional workforce, while, as we’ve seen, the flexible workforce is blossoming.

And if you want to future-proof your business, hiring a freelancer for that next project might just be the best thing you’ve done all year.

There’s no talent-shortage in the freelance economy

Mathias Linnemann is the Co-founder of Worksome, an online platform that matches companies with on site freelancers and contractors using new technology. Before founding Worksome, Linnemann worked as Industry Manager at Google for 6 years with the responsibility of handling Google's clients' digital transformations. He has a Master of Science in Innovation & Business Development from Tsinghua University in Beijing and from Copenhagen Business School.
View all posts

Mathias Linnemann is the Co-founder of Worksome, an online platform that matches companies with on site freelancers and contractors using new technology. Before founding Worksome, Linnemann worked as Industry Manager at Google for 6 years with the responsibility of handling Google's clients' digital transformations. He has a Master of Science in Innovation & Business Development from Tsinghua University in Beijing and from Copenhagen Business School.