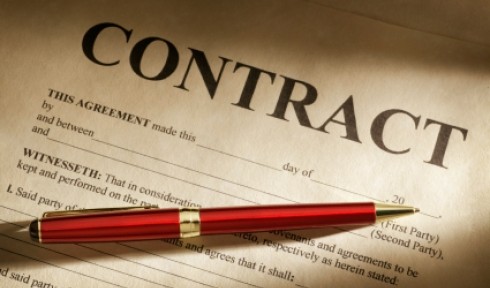 The first thing to say is that in B2B transactions, if you sign a contract which does not give either side the right to terminate it if things go wrong, then you have no automatic right to bring it to an end even if, for example, you are not being paid or if the goods or services that you ordered have not been delivered.

If you are a consumer, then there are various laws and regulations that allow you to cancel a contract, but they are not covered in this article.

In the right circumstances, if you can show that the other party by his actions has failed to perform his obligations, then you can argue that by his action (or more likely inaction) he has ‘repudiated’ the contract.  But the word ‘repudiation’ should be enough to warn you that you are getting into legal territory in those circumstances and that can mean costs and uncertainty.

Before dealing with termination when something has gone wrong, you may want the right to bring a contract to an end for other reasons.  If you are supplying IT services to a client on a regular but not very profitable basis and you get offered more lucrative work by someone else, you may want to bring the first contract to an end, so it is sensible to have a notice period.

If, on the other hand, your client wants to bring the contract to an end, you may want a period of notice to give you time to find other business.  This should be covered in your terms of business.

Whether you are selling or buying, make sure that you have the right to bring the contract to an end if something goes wrong.  A simple termination clause will normally cover the following:

The clause is usually written on a mutual basis, so that either side can bring the contract to an end if one of the events referred to occurs.  Also, the wording should allow a party discretion whether to terminate.

If your customer is a week late in paying, you may have the right to terminate but you are unlikely to want to do so without giving them more time.  Sometimes the wording deals with this by allowing for a notice to be given asking for a wrong to be put right and only if the party at fault fails to deal with the problem will the other party be able to terminate.

Occasionally a contract says that a party may terminate for ‘material breach’. The intention is to prevent one side bringing it to an end for some trivial reason, but a problem can arise with this sort of wording if there is a dispute on whether a breach is ‘material’ so it is best to avoid this type of language unless you have talked it through with a lawyer.

Bringing these elements together, a typical termination clause could read:

“1. This contract shall be for an initial period of 12 months from the commencement date.  Either party will have the right to terminate the contract by giving at least 30 days’ notice in writing to the other party to expire at the end of the initial period or at any time after that.

2. Either party may terminate this contract by written notice to the other at any time  if that other party:

(a)commits a breach of this contract and, in the case of a breach capable of remedy, he fails to remedy the breach within 14 days of being required to do so in writing; or
(b) becomes insolvent, or has a liquidator, receiver, manager or administrative receiver appointed.”

A Word of Warning

One important point to bear in mind if you want to terminate a contract is: be sure that you comply strictly with the wording of the relevant provisions.

Contracts often have a clause which specifies how notices are to be given – e.g. by recorded delivery.  If that is the case, be sure to send it by recorded delivery and be sure that the wording of your notice is clear and you give the right length of notice.  It is also advisable to refer to the relevant clause in the contract.

For example:  “I refer to the contract for maintenance services made between myself and your company, Joes Brothers Ltd., dated 30th December 2009.  In accordance with clause 5.2 of the contract I hereby give you notice to terminate the contract on 1st July 2010.”

Just as most people insure their house against fire or flood, but only very few ever have a claim, so it is worth including a termination clause in your standard terms, and with luck you will never need to use it.