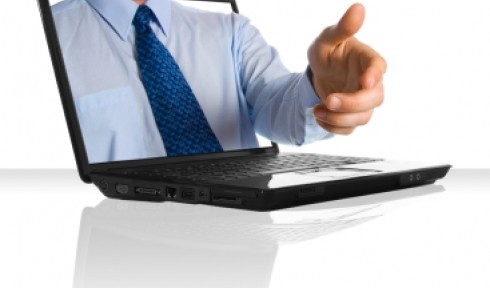 Visibility is one element of the VCP model created by BNI founder Dr Ivan Misner and it is an important first step in business relationship-building.  The model shows how you first need to be visible, then, over time as people in your network get to know you, Credibility is achieved.  Finally, only when you have that credibility amongst your advocates and prospects will you see Profitability.  Misner asserted that every relationship needs to built in that order.  So you need to get out to networking events and become active on social media, just to be seen.

But it is not until you achieve credibility that you will get the business.  Just think about someone you see a lot at business events or online, but he has not impressed you.  In fact, you suspect he doesn’t know a lot about his subject, and it’s embarrassing to watch him making a fool of himself.  You know exactly who I’m talking about, don’t you?  And you won’t be giving him any business in the near future, will you?  That’s because he has not engendered any credibility with you.

The word credibility comes from the Latin and means ‘belief’.  If you are believable and trustworthy, people will share their contacts with you.  People in your network also have to believe that you can add value.  The best way to convince them of that is to be actively writing, publishing and speaking.  Good, credible professionals show people what they know and what they think.  They provide a lot of substance in the form of detailed ideas, views and examples of where they have added value in the past.  They are usually bold and opinionated, since that is what is needed to really get people’s attention.  So, if visibility is about being seen, then credibility is about being heard.

The fact is that we need to be both seen and heard (contrary to what some of us were told when we were children!).  We need visibility first, and then credibility, if we are to create more business for ourselves.  So get that windscreen scraped of ice and go networking.  And while you are at the event, make sure you mention your books, articles and blogs so that they can get to know, believe and trust your expertise.