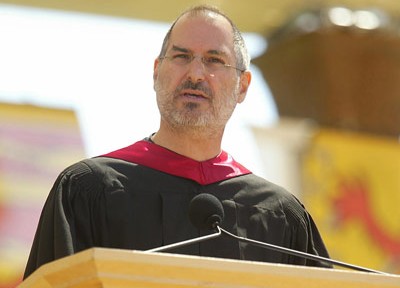 There’s a line from a Steve Jobs speech that I love.

Delivered when he returned to Apple in 1997, in an attempt to rally a team that were fearing for the future of a company that had been haemorrhaging 1 billion dollars a month for the previous three months, he said this:

If I wasn’t so OCD about Blu-Tac marks I would have this quote on my bedroom wall.

I run an ambitious small business, where we believe passionately in what we do and we also want to make a difference. Which is why we were so excited to come across the B1G1 movement (it stands for Buy 1, Give 1. It’s consumers doing the buying and business doing the giving).

But we’ll come to that shortly. That’s all very nice, you may be thinking, but why should I care?

Because if you run, or are involved in a business, a recent American study highlighted some universal principles that you need to know about and – more importantly – take action on.

Cone Inc Studies’ ‘Cause Evolution Study’ is well worth the 15 minutes it takes to read it. If you don’t have that time, here are what we think are some of the important points

• 88% of Americans say it is acceptable for companies to involve a cause or issue in their marketing. This record number represents a 33% increase since Cone began measuring in 1993 (66%).

• 85% of consumers have a more positive image of a product or company when it supports a cause they care about.

• 90% of consumers want companies to tell them the ways they are supporting causes. Put another way: More than 278 million people in the U.S. want to know what a company is doing to benefit a cause.

• 83% of Americans wish more of the products, services and retailers they use would support causes.

• 90% of consumers want companies to tell them the ways they are supporting causes.

• 41 percent of Americans say they have bought a product because it was associated with a cause or issue in the last year – doubling since they first began measuring in 1993 (20%).

“With all due respect, one-off cause promotions are a dime a dozen these days. They reach relevant consumers, but to really stand out as a notable cause leader in the next few years, companies will have to think big. Pepsi drops the Super Bowl to donate millions. McDonald’s ties the sale of every Happy Meal to Ronald McDonald House Charities…indefinitely.”

In other words, it’s not just a short-term promotion that will help your business grow.  It’s changing what your product, company or brand stands for every day.

Which is what makes B1G1, a revolution in charitable giving founded in Asia by business guru and philanthropist Paul Dunn, so interesting for businesses of all sizes.

Yes, times are tough, but just imagine if you could make a difference to the lives of the many that have so little by comparison, just by doing what it is you normally do. While helping your customers and potential customers feel good about you in the process. Where every penny you donate directly reaches good causes (ever worried about how much of every £1 you raise for charity actually benefits users? We have to admit we have voiced this concern when assessing requests in the past). Doesn’t it sound appealing?

If you have ever done ad-hoc fundraising with no real purpose, or are looking to ‘add purpose’ to your business then this may well be the path you could take to make a measurable and regular difference to lives.

If you have a spare 60 seconds, please take the time to watch the video below which explains the concept far better than we can:

Just imagine if you were a café owner and every time you sold a cup of coffee, you gave a child in Africa access to life-saving clean water.

Or imagine if you were an author and whenever you sold one of your books, a tree got planted.

Imagine 100% of what you pledge, no matter how small, making a difference to a charitable project of your choice.

Just imagine – every business in our world making a difference every day regardless of the size of the company.

This is the opportunity presented by B1G1, and at Cake Communications we are delighted to be joining this global movement as a business partner.  Because we believe businesses have the power to change lives. Do you?