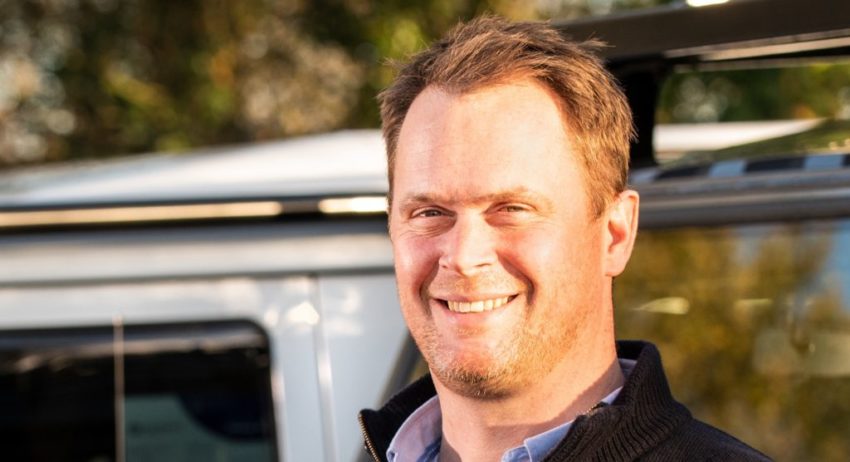 We spoke to Charles Fawcett who has made a group of million pound businesses focused on Land Rover’s iconic Defender model and asked him what his inspiration to starting them was.

I am the MD and Founder of Twisted Automotive and LR Motors based in North Yorkshire. I run a group of small businesses which work solely with the Land Rover Defender vehicle. Twisted Automotive started 18 years ago and is a business which builds very high-end, specific vehicles based entirely around the Defender.

Twisted builds in a certain way unlike any other typical workshop and I work with a team to create customer-specific vehicles like nothing else on the market. It’s a business where we class ourselves as being ‘guardians of the Defender’ and, in total, turns over around £8-9 million.

Meanwhile, the LR Motors division works with general Defender where the audience typically buys a vehicle without it being modified – costing anything from £10,000-£50,000. LR Motors also has a surplus parts recycling business for Land Rover vehicles and also a bodyshop called LR Coachworks. LR Motors has just sold its 265thDefender and last year it turned over around £5 million.

Land Rover Defender has always been a passion of mine. It’s always been something I’ve grown up with and I thoroughly enjoyed getting involved with right from the age of 11 when I used to fix vehicles.

Ultimately, I have a creative disposition which means, admittedly, I’m not actually very good at the detail! I know about the detail and what I want to achieve based on what I do, but I do rely on my team to make it all happen. I embrace their creativity and as a business I want us to be the best we can be.

I never wanted to sell my products in a magazine or anything like that, I wanted to create something that people wanted to buy and that’s the definition. If you do it right, build it right and brand it right, price becomes secondary.

Twisted customers make decisions with their hearts and the business model means that I don’t need to sell it – it sells itself. Being based in Yorkshire rather than London means that customers are invested in the business and the vehicles to the point where they want to travel to Thirsk because Twisted offers something no-one else does.

What do you admire?

There are so many things! But it’s fair to say that if I had done things differently, I wouldn’t have learnt as much. I think you have to make a few mistakes to make better decisions. It would’ve been nice to have made a perfect path, but I don’t really think that happens when you own your own business.

I think you also have to gamble at certain points and people have to like what you do. I quite like the fact that my business has been hard. I certainly wasn’t born with a silver spoon but what I did try and do was take up opportunities, gamble when I had to and think things through.

Make calculated decisions to balance your risk. I’ve never jumped into anything with two feet, I’ve always kept a foot in a different camp. My business went from using half of my desk to running Twisted in my garden shed. At that point, I could’ve taken on an industrial unit, but I would’ve failed. I did go and look at a unit, but I didn’t go for it… I decided to take up half my lounge instead!

Twisted later ran from my garage and I worked my backside off to get a small unit and took baby steps to build the business. Each step of the way I ensured it was a calculated decision which meant that, if it all went wrong, I could take a step back. I kept building on the business and didn’t commit to huge leasing costs.

But there are moments when you have to be ballsy.

I’ve been through hardship and challenges and I had to make decisions. I would always advise to think it all through and always have an escape route.

If you go into something too quick, too hard, too fast and without thinking it through, there’s a good chance you’ll run it off the road. Put the right tyres on, wear the right shoes and put your glasses on… thereafter, you can go as fast as you want.