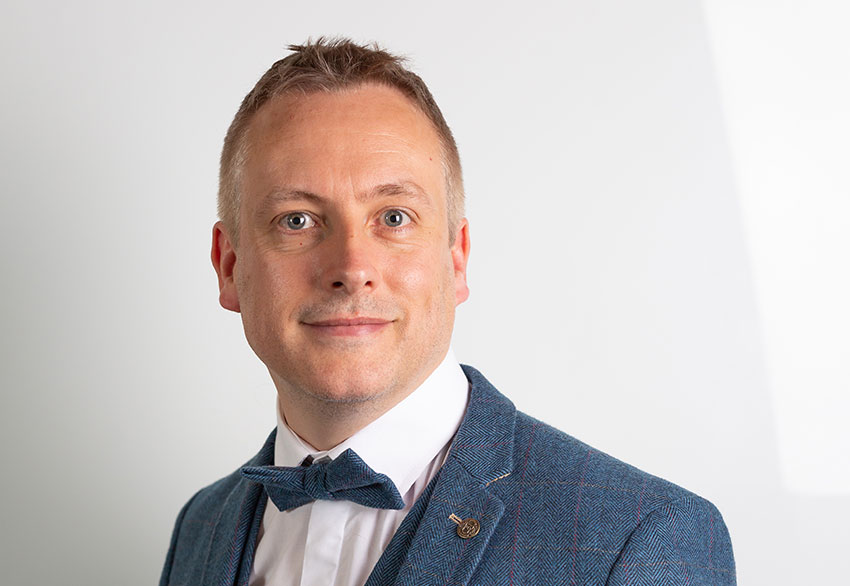 Darren Oliveiro-Priestnall tells us what was his inspiration when he set up Atlas City Global to help business with data led technology.

I’m the CEO and co-founder of Atlas City Global, as well as a passionate technologist and believer in the potential for technology to benefit society in countless ways – from giving people control back of their private information to creating entire new industries and job markets.

Atlas City Global is a technology company that identifies value across society, whether it’s the IP and customers of a business or the personal data of citizens, and we develop the tools and technologies to help the owners of value to protect it and make it work for them. State-of-the-art technology moves quickly, and so we have developed a technology stack that decentralises data storage and processing in a way that naturally gives people control and ownership of their data while enabling entrepreneurs to create new services around that data.

This new technology stack is to be deployed as a public network later in 2019 for anybody in the world to join and use, but it can also be deployed as a private network for corporate users. In every situation, our focus is to work with stakeholders to understand the challenges they face and help them to develop their own solutions that address those challenges, both for themselves and for others.

In 2012 I was involved in a project under the European Commission looking at future smart cities, including smart utilities. The challenge was to look at what a smart city might look like, what kind of data would be moving about, who would be the threat actors and how could such a smart city operate as needed for everybody.

This involved many technologies, but one that stood out as having amazing potential was blockchain. It was, however, nowhere near able to develop in the state it was in at the time. And so, what proceeded was a period of intense research and development to see if something similar could be developed that provided the same benefits but didn’t suffer with the same limitations around scale, cost or performance. If these challenges could be solved, then the potential to give people the control back of their privacy while creating entire new technology service industries was enormous. And furthermore, it would be like nothing we have seen since the invention of the Internet.

This inspiration brought together a range of skilled engineers and visionaries who are moving from a period of intense R&D to commercial realisation.

The business is made up of a diverse set of people, from successful asset managers and traders to more traditional and new world technologists. But everything we do is driven by pragmatism. Coming from an industrial background, I’ve always appreciated the importance of being practical, starting by looking at real world problems and understanding what the pain points are. Once they’re understood, then we look at how technology can be used to solve those pain points.

Too many tech companies are driven primarily by the technology. They have a solution and spend all their time looking for a problem it can fix.

Our public ledger, which is for global public use, is designed to support any programming language or framework, to integrate with today’s current systems, to work in the same way as businesses already work.

Fundamentally, we don’t set out to make businesses or people change how they live and work, we make the technology work in the same way that they do. But many businesses have specific ways of working which even the most flexible of public ledgers can’t fit perfectly. And so we’ve built our new technology stack to be modular, so that we can modify and deploy private networks to fit the exact needs of the customer.

I admire Bill Gates because he built a highly successful business that solved real challenges for businesses and consumers in an industry dominated by giants like IBM and Cray. He remained focussed on what the industry needed, he understood the need for competitive pricing to allow smaller businesses to access the technology, and he understood the need to get the technology into the hands of students and home users to build a future market.

We spent a very long time evaluating different industries and blockchain code bases before identifying industries to focus in on, and then decided that there was no code base that we liked as a starting point, so began with an entirely new code base. We should have limited the time spent on this type of research and started work on our own code base sooner.

We also adopted Objectives and Key Results (OKR) quite early but didn’t follow them rigorously for the first few months of adoption. OKRs would have avoided some early distractions and helped the business focus sooner.

I’ve found the value of applying OKRs to the business to be invaluable. An OKR is a simple process for identifying the objectives of the business and the key results that can be used to measure how the business is progressing towards those objectives.

They can be applied to small teams too, and as the business grows with different teams forming, their value only increases. Define OKRs for the business, then each team defines their own in line with the companies, and then individuals define theirs in line with their teams. It’s a very simple process, but it creates discipline that keeps everybody moving in the right direction, even as distractions try to derail the progress of the business.

I’d advise others starting out to read the book “Measure What Matters” by John Doerr and apply it to their business. There are other helpful processes such as the Lean Startup approach, but these are more complicated and don’t replace the immediate benefits of OKRs.