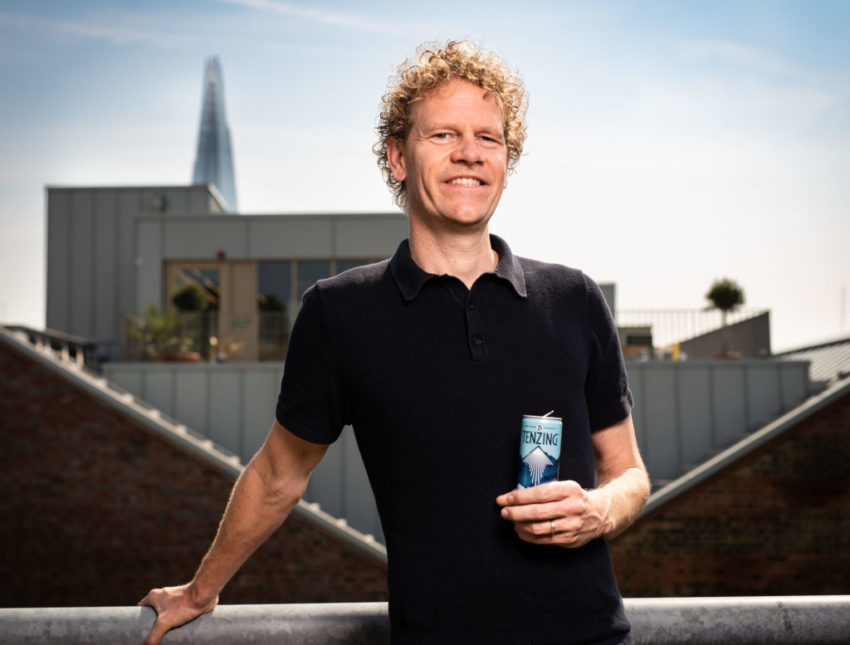 Huib Van Bockel joins us at Business Matters to tell us what the inspiration was behind founding Tenzing Natural Energy.

I founded Tenzing Natural Energy back in 2016 having had a near-20-year marketing career in multiple different corporate firms. Now, I have the best job in the world, creating a brand that cares for mind, body, and planet whilst simultaneously reimagining an entire drinks category. Not only that, but I get to build a team of passionate people that each day help make Tenzing the fastest growing energy drink.

My inspiration for creating natural energy came when travelling through Asia and discovering the energising brews of the Himalayan Sherpas, who drink these to help them scale the world’s highest mountains.

This led us on an epic adventure to meet the Norgay family, who told us of Tenzing’s closeness to nature, his team ethos, his drive for adventure and above all his burning ambition to be the first man on the world’s highest summit. He has become our guide and inspiration and the plant-based teas he drank have now become the foundation of our drink.

The ingenious triple hit of natural caffeine, electrolytes and Vitamin C means we offer a naturally energising drink to the growing number of shoppers who are both health and environmentally conscious – something that did no exist before.

I have always admired Peter Jackson for his feat of pulling off one of the biggest movie projects of all time. Everybody had always said that making a movie of Lord of the Rings was impossible; the hard core fans did not believe it should even be done! And he made it happen far away from Hollywood and with limited budgets. Not only was it a critical and commercial success it was also an amazing project to be part of for all those involved.

I wish I’d got more feedback before launching! I met with the POD buyer, Kings College and Google – who later became our first three stockists – to get their thoughts on the concept, taste etc. It was so great to get such detailed and honest feedback so I could adapt the product before producing in bulk.

But, I felt this overwhelming pressure to launch as soon as possible and so rushed this process – I wish I’d used my connections and met with more people to get even more feedback. I ended up make dozens of adjustments after launching which could’ve easily been prevented if I’d sampled more people.

Find an amazing team, aim high and enjoy the ride!

Make sure that your product is unique and relevant. Talk to relevant stake holders, people that will actually be buying what you have to offer, and then go to market and learn as you go along. Don’t be afraid of making mistakes, these will ultimately be what makes your brand and product even stronger.