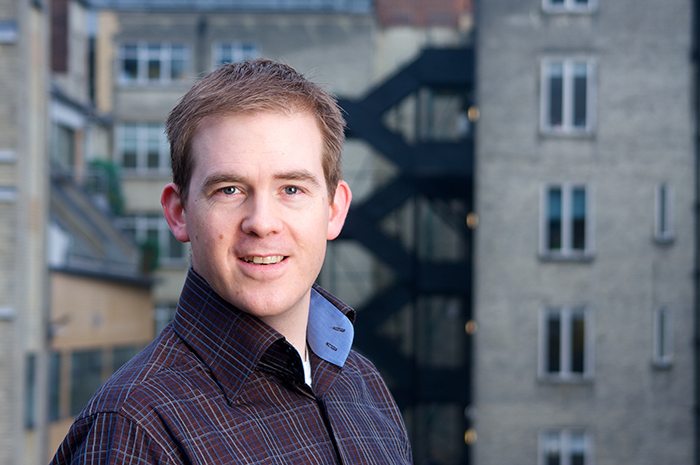 What do you currently do?
I’m Founder of CEO and NearDesk. My ambition is to get a million people working near home one day per week, saving 100 million commuting hours every year. NearDesk gives you access to a growing network of locations across the UK that lets you touch-in, touch-out and only pay for the time you use – so you can rent a desk by the hour or by the day.

It helps freelancers get out of their bedroom, staff commute less by working near home and everyone work productively between meetings.

Which means companies can spend less on empty desks and more on great people. An eight person company saved enough money by working flexibly to hire two more staff – whilst getting more done and having more fun!

What is your inspiration in business?
I love solving problems and coming up with things that are a little bit quirky. As you talk to lots of people about an idea, you notice what they love and what has no impact. It’s not the same as what will make money and what will not – but it helps shape an idea that will capture people’s imagination.

Who do you admire?
Other entrepreneurs doing incredible things like Michael Acton at MoshiMonsters, and Oli Barrett creating social enterprises for corporates. As well as game-changers like Mike Power and Keith Mills who won the Olympic Bid for Britain. People with a big vision who make things happen.

Looking back are there things you would have done differently?
The week before I got married, 9/11 and Enron’s bankruptcy led to my business, CD9, to collapse. With the support of my family I set up a communications business with clients including Vodafone, Cisco and Orange which I recently sold. It was horrible at the time, and was not the best way to start married life. But you live & learn so no regrets!

What defines your way of doing business?
I was once told I’m ‘hopelessly in love with people’. I rather like it, and hope it’s at least partly true. I love spending time with good people, doing things worth doing. To me ‘good’ means people that are passionate about life and what they do. You get ‘good’ people in every walk of life – and often where you least expect them.

What advice would you give to someone starting out?
I think many entrepreneurs believe you have to do it alone, but you can’t! There is a huge power of being surrounded by great people – and I’ve always been very lucky to work with really amazing people.

I would also advise people not to give up – learn from the failure and then move on. It’s no coincidence that most successful people have had a least one business failure. Most of the strengths in NearDesk are inspired by mistakes I’ve made previously. In fact most of the aspects I love most started with someone saying “that’ll never work because…” – assume they’re right for a moment and redesign the business accordingly.