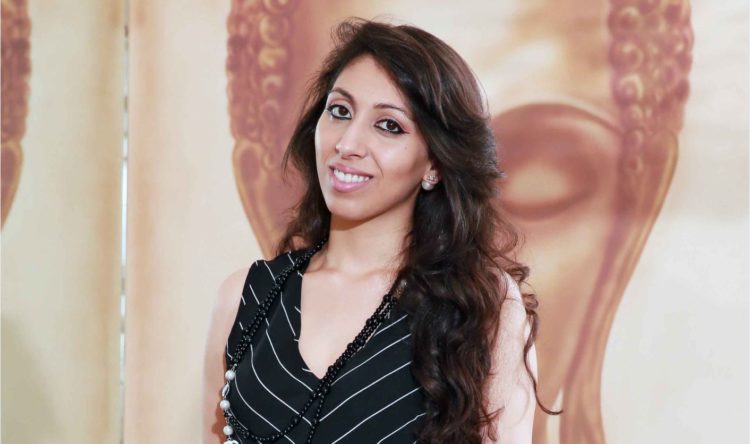 Here Natasha explains to Business Matters what motivates her and what, given a chance she would do differently.

I am the CEO of the award-winning global, business and communications consultancy, Sterling Media. We were established in 1995 to represent countries, corporates, consumer brands, celebrities, charities, governments and thought-leaders.

Whether it is breaking the Internet with over 100 million views of the explosive release of the remake of Spice Girls Wannabe video for the UN’s Global Goals, lobbying governments to end world hunger or launching iconic British brands internationally, we are recognised across continents as global campaign experts.

I could be listing a company on the London Stock Exchange one minute, and then spearheading a global campaign for the United Nations to save the world the next. There has never been a more suitable reference for the phrase ‘no two days are ever the same’, that’s for sure!

Sterling Media was established by my biggest inspiration, my mother Teji Singh in 1995, one of the very few women at that time from an Ethnic background to establish an international communications agency in London.

We wanted to be a company specialising in cross-sector international campaigns. An outcome of serving diverse audiences, national or global, was that we became experts in the sector. Our mantra is centred very much around local no longer being the norm and instead global the expectation. We are inspired to have a impact across the world.

Getting behind the most purposeful campaigns, connecting them to global audiences. From working on Richard Curtis’ Project Everyone to launching the United Nations Global Goals, to the Global Open Data on Agriculture & Nutrition (GODAN) in a bid to tackle global food security issues by 2030, we have made it very much part of our core remit to represent some of the most purposeful campaigns. I believe it is important to make sure we do all that we can to leave the world in a better place than we found it.

We have a healthy balance with the more commercial projects as well – such as launching Aston Martin in India, popularising Harrods in the Middle East and representing personalities such as Al Pacino, Salma Hayek and Akshay Kumar.

The main driving force behind Sterling Media is the desire to do well by doing good.

I always say that my biggest inspiration is my mother.

She faced up to a society which was predominantly against the idea of a female of ethnic background establishing a media communications agency, which is now one of the industry leaders in the UK.
She has always told me that she’d rather be known as a ball-buster than a push-over.

So when she passed the baton on to me, I certainly had some expectations to fulfil and even surpass. My mother has always taught me to convert challenges into opportunities and this is something I have lived by.

I am a strong believer that everything happens for a reason, so I see my journey to date as something to be proud of and I can happily say that I don’t have any major regrets.

Of course, there have been some projects in which I would look back at the end result and think ‘could I have done this better’ and even questioned myself on whether it was the right campaign for us to invest our services and expertise in at that moment in time – but I believe this has only made my decision making better going forward.

So would I change this? No – because without these mistakes and learning curves, I wouldn’t know what I know now.

What advice do you give someone starting out?

It sounds cliché but don’t be afraid to make mistakes – they are some of the most valuable lessons an entrepreneur can learn.

There is a reason that you will hear almost every entrepreneur say this and that is because it bears its weight in gold. Mistakes are made by the risk takers and as far as I’m aware, nobody ever made it to the top by playing it safe.

Mistakes allow you to open your mind, reaching new portals you never knew were possible or even existed. They allow you to approach things differently in the future and find an alternative way of looking at things.

Mistakes quite simply form the DNA of your journey, they give you a reference to look back on to make sure you get it perfect next time.