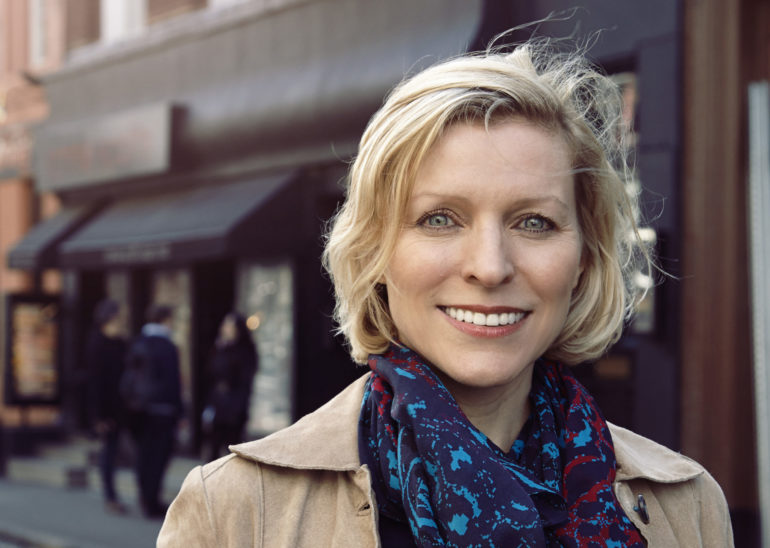 We talk to Alex Robson, MD and Co-founder of King of Soho London Dry Gin, about her inspirations in business, and find out what advice she would give to someone just starting out.

I am MD and co-founder of West End Drinks, the company which my business partner Howard Raymond and I formed to create the King of Soho London Dry Gin, which we launched in Soho in October 2013. Quadruple distilled in the heart of London, the King of Soho Gin is crafted using no less than 12 botanicals, a delicate and smooth combination of classic juniper and citrusy grapefruit.

I am responsible for the day-to-day management of the business. I bottle the elixir of fun, creativity and non-conformity, and then share it with the world! 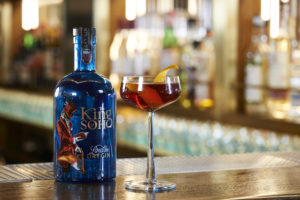 What was the inspiration behind the business?

Paul Raymond, the original King of Soho, was Howard’s Father and the inspiration behind the brand. Quite the legendary figure, he played a pivotal role in the cultural and social liberation of British Society. And he was rather a foxy guy!

It was not long after Paul’s death and we thought what better way to celebrate his life and the district of London which he revolutionised than to create a drinks brand in his name. Both our fathers were in fact gin drinkers, so there was a sentimental motivation in creating a gin.

That was the driving inspiration, coupled with a late-night chat over a gin martini in a dimly lit bar; a ‘eureka’ moment backed up later by sound business analysis and a bit of a hunch. You have to remember this was just before the ‘Gin Renaissance’ was in full swing – there was a hint of a revival, but few could have imagined gin sales topping the 1 billion mark 7 years ago when we started working on the brand.

What defines the way you do business?

It was important to us that our gin was distilled in London. Not all London Dry Gins are. It’s part of our story.

To us, Soho is not just a place, it’s a flamboyant, hedonistic spirit, and that is reflected in the colourful and intricate design on our bold blue bottle, which represents both the past and present of Soho life. The ‘Spirit of Soho’ character on our bottle, in his rich velvet suit, with his fox’s tail, reflects Soho’s long association with creativity, music and art. The fox – a naughty, enigmatic creature of the night – embodies the nature of urban Soho. It’s about having fun.

In the spirit industry, it would be Charles Maxwell. A bit of a legend, he is a highly respected 11th generation master distiller with a fountain of knowledge, who I greatly admire. His family’s love affair with gin began around the same time that the name Soho was first coined by the Duke of Monmouth. His distillery can be found in central London, so it was only natural that we should ask him to craft our bespoke King of Soho London Dry Gin.

On a personal level, I would go for Eleanor Roosevelt. She didn’t allow the shadow of a great man to dim her light. She turned unhappiness in her private life into a driving force for good, becoming amongst other things an international activist for human rights. She had great courage, tenacity and grace.

Looking back is there anything you’d do differently?

I am not wired to think this way. I believe that we are the sum total of our experiences, or, in the case of a business, its journey. Change one small thing in the name of ‘hindsight’ and who knows! Hindsight is after all a theory. It’s important to evaluate and acquire knowledge but you can’t change the past, so why beat yourself up over it? it’s more important and not always easy to focus on the here and now. Focus and forward-thinking are key in business.

What advice would you give someone just starting out?

Focus and tenacity are so important when you start a business. There will always be somebody trying to tell you why you can’t do it that way or distracting you from your mission. You have to learn to decipher sound from noise.

It is important to create a road map, not just to show the way forward but also as a point of reference for the future. Put something down in writing. It doesn’t have to be complicated – a list of bullet points or a mood board. Whatever works for you. Don’t underestimate the power of visualisation.

On a practical note, make sure you have your finances in place before you start and that you have fully researched any regulations or rules governing your sector – you don’t want any banana skins! Be dynamic in your future planning whilst keeping your sights firmly on your goal.

It takes real guts to step out of your comfort zone and go out on your own and I tip my red top hat to anyone who makes that leap.

The King of Soho is available to buy in Asda, Morrisons, Ocado, Oddbins, Costco, Fortnum & Mason, Harrods, selected independent retailers across the country and on Amazon: https://www.amazon.co.uk/King-Soho-Gin-70/dp/B00G3DDOS8