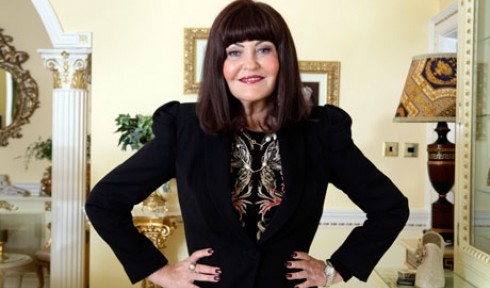 Hilary Devey founded pallet delivery and distribution business Pall-Ex in 1996, at the age of 40,  despite initially being unable to secure backing and having to sell her house and car to find the £112,000 needed to fund the operation.
Her Pall-Ex company, based in Leicestershire, now receives as many as 17,000 pallets of goods a day, and operates up to 350 lorries which then transport the freight to regional depots throughout the country.
Commenting on her new role, Devey said: “At a time when the banks are failing to invest in British small businesses, I am proud to be able to do my part to support the next generation of UK entrepreneurs.
The the larger-than-life entrepreneur has previously appeared on other TV shows, including Secret Millionnaire and The Business Inspector, where she helped struggling British businesses and she is hoping to bring her no-nonsence approach to the BBC investment programme.