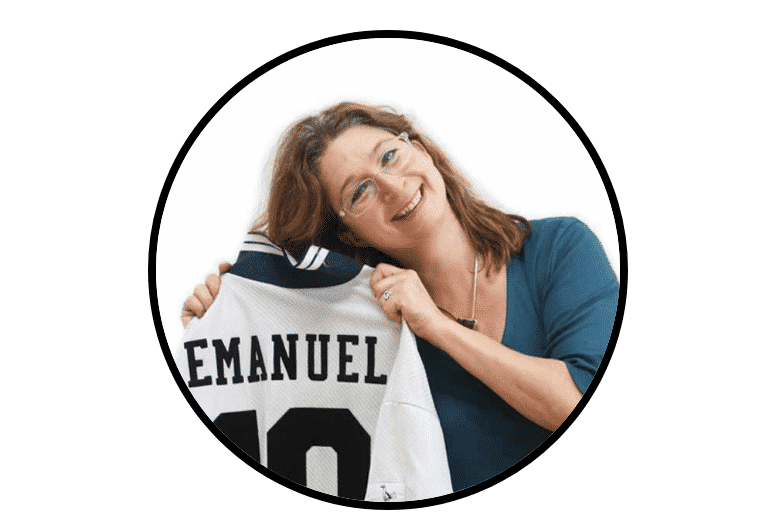 From the resurgence of tapes and vinyl to the impact of covid, Managing Editor Richard Alvin chats all things music and business with Everywoman, Woman of the Year, Karen Emanuel.

Starting Key Production thirty years ago with £2000 and a whole lot of passion and drive, Karen Emanuel is no stranger to challenging times. A sneak peak of her perspective on the current state of the music industry follows here, hear her full story on the Business Matters podcast and subscribe so you don’t miss another issue.

How has the music industry been hit by covid?
It hit us like a tonne of bricks. I felt at the beginning that it was just complete panic stations across all parts of the industry – from the venues closing to the artists getting their money from touring and merchandising and creating albums on the back of successful tours. Shops stopped taking orders for music stating that it was a ‘non-essential item. I think music is essential, especially for mental health. However, trying to find a positive … People are adapting to the situation, record stores that can sell online have seen a surge in sales and artists have gained respect from performing online. People are now beginning to plan gigs for next year.

Pre-covid, records and even tapes were seeing a massive resurgence. Do you think it will bounce in the wake of people streaming live performances online?
To be honest I felt that vinyl sales have reached their peak trajectory and were more on a plateau anyway. But music is what helps get people through a lot of difficult situations and I’m seeing a lot of people campaigning for #loverecordstores and there are a lot of people who’ve been sat at home saving money from their commute – if you really love an artist you’re going to buy their album to support them. Will we bounce back in the next few months? Maybe, I certainly hope so, it might take a little while longer than that, but it will come back.

Have you found Amazon’s entry into the record marketplace to be positive or negative? Are they aiding the smaller shops to get product out there or because of their margins is it a necessary evil?
I think for the industry, being able to sell across more outlets has got to be a good thing. I can’t talk from a point of authority, but I’d imagine that the Woolworth’s of the olden days is much like Amazon is today. Yes they squeeze you for margins but it’s always good as an artist to get out there. From the other side, if you’re a fan of someone particular it’s always better to go directly to the artist’s site because then you cut out all the middle men and you’ll see special editions.

You started Key Production after being made redundant, unfortunately so many people are finding themselves in the same unemployed boat. How realistic do you think it would be for them to utilise a small part of their redundancy money and follow your path?
It’s a known fact that it’s a good time to start up a company in a recession as you can look around you and take advantage of gaps in the market. You just need to have a very clear idea of what you want to do, have a clear idea of the numbers and match that with passion and drive.
With online being what it is you can physically start up from your back bedroom in a much easier fashion and be selling across continents in months. Anything is possible and the attitude that I went into it with was: ‘what have I got to lose?’ Yes £2000 is a lot of money but I also knew that if I failed there would be another job that I could get eventually to mitigate it.

Two years ago you won the Everywoman Woman of the Year award, how did that come about and has the accolade been used?
It was very interesting to win something like that. I think a lot of women especially don’t push themselves forward and amongst women there’s an attitude almost of ‘I don’t deserve to be there’, we’re full of imposter syndrome. I’ve won a few awards over the years but it was this late in my career that I actually believed in myself enough to put myself forward or to accept someone else nominating me. It had taken me just as long to recognise myself as an entrepreneur and I said in my acceptance piece, that it had made me realise that I was successful and I was doing well. Bonkers really, after that long and turning over £14 million to finally have that realisation. I admit I don’t use it enough and maybe it’s something I should use a bit more.

What do you think the future for Key Production looks like. You have a big team of staff across four offices don’t you?
I think we’re at 59 people now, technically with 59 offices as everyone’s working from home! We had a few people that did that anyway or were on a 1-2 days a week from home basis so quite a few staff members were set up and ready to continue. It’s not the same as being in the office – our company culture is strong, and you don’t learn or vibe off each other in the same way working from home. Quite a few of our team were furloughed and we’re gradually bringing everyone back. We’ve got people working from their bedrooms or try to work around their family.

We’ve all worked incredibly hard to maintain the company culture and ensure that everyone stays mentally healthy.

Has video chat helped with this?
At first yes, but after a while it actually became quite wearing. So it’s been a case of weighing up what calls can be done on the phone quickly and what requires a team meeting online. Furloughed staff members have had the option to join if they want to keep abreast of what’s going on. They’re not allowed to do any work but they can stay up-to-date if they choose. We also have a virtual tea room for people to down tools and have a chat and a gossip.

Have you found your staff to be more productive and coming up with more ideas because there’s a more open structure to working?
Communication is always key and we’ve always aspired to being completely open with everyone where we can. I hope we’ve developed a culture where we have the ability to share ideas already – we’re very much an open door company. So from that end I haven’t noticed too much to be different. Maybe ask me the same question in a few months time and we’ll see …

No one knows how long this is going to take to recover – what do you foresee within the music industry?
So the travel industry has taken a huge hit and it’s going to take some alterations and time to get it rolling again, however people can’t wait for it to reopen and I think it’s going to be exactly the same for the music and live gig industry. Music is still being made, it’s quite a creative time for the artists so I hope with every inch of my being that it’s going to recover. There’s nothing like live music and I can’t imagine anyone not wanting to go back to it. We don’t know at this stage how it’s going to go or what conditions we’re going to be going back to. People adapt and change, companies need to do the same. The ones that do will survive.