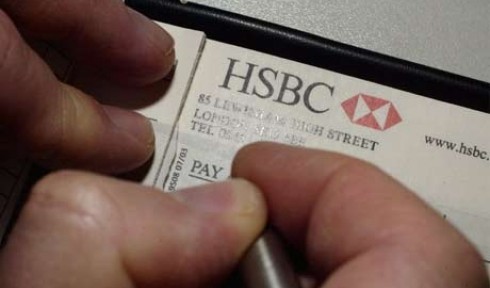 The board of the UK Payments Council has set the date in a bid to encourage the advance of other forms of payment.

The first cheque was written 350 years ago and the decision will be greeted with disappointment by some small businesses and consumers.

The Council said there should be “no scenario” for using cheques by 2018.

The target date for the closure of the system that processes cheques has been set for 31 October 2018, after the board described the payment method as in “terminal decline”.

However, there will be annual checks on the progress of other payments systems and a final review of the decision will be held in 2016.

“The goal is to ensure that by 2018 there is no scenario where customers, individuals or businesses, still need to use a cheque,” the Payments Council said in a statement.

“The board will be especially concerned that the needs of elderly and vulnerable people are met.”

The decision was not unanimous, however the four independent members of the board – who are not from the banking industry – voted in favour of setting the target date.

The Payments Council accepted that cheques were still used for payments to sole traders, small businesses, clubs, charities and schools.

Now it wants to find “easy-to-use efficient alternatives” to the cheque which are understood by everybody.

Alternative methods
Banks and credit providers have been investing in chips which allow a customer to pay when the chip is pushed against a sensor, known as contactless technology.

The use of mobile phones to allow people to make payments is also regularly promoted as the future of payments systems.

Charities representing older people have said that paper-based payments systems should be available for those who are not comfortable with new technology.

Cheque use
Many stores – including all the major UK supermarket chains – have chosen to stop accepting cheques as shoppers turned to debit cards or stick with cash. Cheques are also the most expensive form of transaction for shops.

The cheque’s predecessor was the bill of exchange – a way for traders to buy and sell goods without the need to carry cumbersome and valuable quantities of gold and silver.

The earliest cheque in the UK was thought to have been written 350 years ago, dated 16 February. It was made out for £400, signed by Nicholas Vanacker, made payable to a Mr Delboe, and drawn on Messrs Morris and Clayton – scriveners and bankers of the City of London.

In the early days, cheques were used relatively infrequently, mainly by merchants and traders for high-value transactions. They had to be confident that these handwritten pieces of paper could be guaranteed.

They were often issued by goldsmiths within a local network of traders who knew and trusted each other.

Printing processes meant they started to be used by customers of commercial banks. Personal cheque payment volumes reached a peak of 2.4 billion in 1990, and have since fallen steadily to 663 million in 2008.