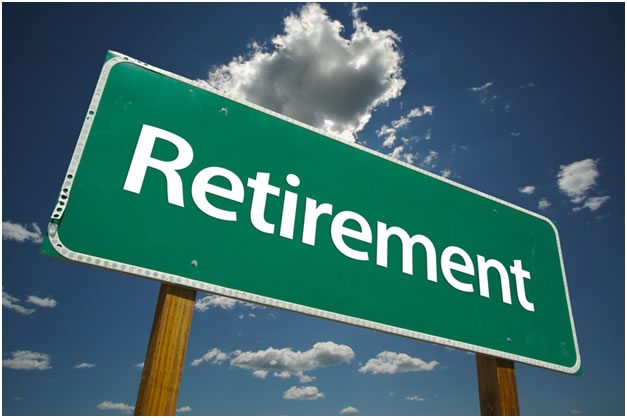 Consistent with population, life expectancy is increasing. A man who is age 65 could expect, on average, to live for a further 20 years, while a woman could expect to live another 23 years. For men this represents a 47 per cent increase in life expectancy since 1981, while for women the increase is 28 per cent.

With rising standards of living and improved healthcare, these trends are expected to increase. By 2020, official projections suggest that a 65-year-old man will live, on average, until he is 87 and a woman until she is 90.

The statistics are an average across the entire population of the UK. There is therefore a significant probability that any one individual will live considerably longer than this. Figures from Watson Wyatt, suggest that there is nearly a 50 per cent probability that a woman on the brink of retirement at 65 today could live until she is 90 and a 10 per cent probability that she will live to 100. For men, the equivalent probabilities are 35 per cent and 3 per cent respectively. Someone who reaches 100 having retired at 65 will, if they went to university and / or took time out to have children, spend almost as much time in retirement as they did in full time work.

The problem is, as individuals, how can we afford to spend all this time in retirement?

Throughout the length of their retirement, people will incur significant costs. This will include a wide range of expenses from household expenditure, leisure and recreational pursuits such as holidays and eating out to health and care costs. Most people look forward to retirement as a period of relaxation and enjoyment, an opportunity to do the things that they never had the time for during their working lives. Yet most do not have an accurate idea about how much money they will need to sustain their lifestyle throughout retirement, especially with the increasing chance of reaching advanced ages.

From the first year of retirement to subsequent years, potentially 25 or 30 years on, the costs could soar. The question is by how much?

Even though it is easy to pose the question ‘How much money is needed to sustain a standard of living through the length of retirement?’ there is no universal answer. People spend different amounts due to varying reasons such as lifestyle, circumstances, income levels and their individual length of retirement. Additionally life may be very different in 20 years time due to medical, scientific and technological improvements, all of which will impact how people will want to spend their money in retirement.

Figures from the Centre for Economics and Business Research suggest that the cost of retirement for a retiree in a typical sized household who went on to live until they were 100 would be £708,500. Even if the retiree were to live alone, the cost of retirement would still be more than £600,000. To place this in context, given information on typical household incomes, a typical household would need to have worked for 30 years to earn the same amount of gross income as they will spend over their retirement years.

When thinking about income requirements over time, the impact of inflation on the real value of money in the future cannot be ignored. The higher the rate of inflation and the longer the period, the greater the impact. The above figures have assumed an inflation rate broadly consistent with the Bank of England target at a little over 2%. If, however, inflation were to be twice this at 4.6% then the cost of retirement would increase to £1.3 million. Even if inflation is just 50% higher at 3.4%, the cost of retirement will rise to £1 million.

Whilst people are now more active throughout their retirement than they were previously people in the early years of retirement are particularly active and their spending habits reflect this. For people between the ages of 65 and 75, more than 40% of spending is on recreation and culture, transport and at hotels and restaurants. It may also reflect that people spend money enjoying the early stages of retirement without fully taking into account how long they may live for.

By the latter years of retirement, spending patterns change considerably. The cost of retirement is determined by spending on housing, fuel and power and food and drink. Collectively these are expected to account for more than 45% of a 95 year old’s budget. Spending on health also becomes a much more important element of spend for people of this age. It is estimated to account for twice as high a share of spending for a 95 year old as for a 65 year old.

People are living longer, healthier lives. This is great news but only if people have the finances in place to really enjoy their post-career years. With more and more people reaching 90 and beyond, and with 90 becoming the new 70 in terms of healthy ageing, it has never been more necessary for the industry and individuals to understand the true cost of modern retirement.

So what are some of the practical ways that people can take to improve their financial well being in later life?

The aspirations of active retirement, such as extensive travel and holidays, and the possibility of having to fund unforeseen costs, such as long-term care, may see overall retirement outgoings increase for many people. People need to recognise these costs, and make a realistic assessment of how much money they will need to live on in retirement.

Households need to work out a realistic budget and make sure that long-term financial planning,
including the need to save for retirement, isn’t overlooked against what might seem like more pressing financial needs. Ring-fencing even a small amount of monthly income towards retirement planning can help to make a major difference in the future.

Be aware of how major life events affect saving for retirement
Nine-in-ten households claimed that life events and unforeseen financial shocks, such as periods of unemployment, had impacted on their ability to save for retirement. This impact is likely to last for around four years, increasing to seven years among those in their 50s. Helping households to maintain retirement savings will involve making them more resilient against financial shocks.

Households need to ensure that they have access to some emergency savings & investments
as well as appropriate insurance to deal with periods of unemployment and long-term illness, which may stop them working. In the absence of emergency savings and insurance, many households may be required to raid their long-term savings, which were intended for retirement.

Developing an informal financial plan, for example writing a ‘to do’ list or using online financial planning tools, is a good starting point and a valuable stepping stone, especially for younger savers who typically start saving before they start planning financially for retirement. Ideally people should look to draw up a detailed written plan, which they review regularly, with input from professional financial advisers, in order to maximise the benefits of financial planning.