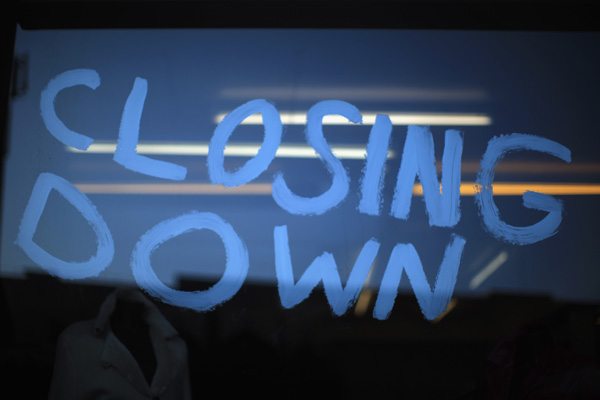 Therefore, if things are good, look at your options. If your business is the main or only source of both your current and future income, ask yourself if you really want to have all your eggs in the one basket. Cash flow expert Donald Findley explains what to do if you decide to call time on your business

My father had a soft drinks business in Essex in the 50s supplying local pubs and clubs.  He built the business up from a virtual wreck after the war, into a good solid little business. However he could see the way the wind was blowing; looking back I suppose it was globalisation even then, and the arrival of the big brands.

My father sold the business and invested the funds in a number of new ventures, which was just as well as the soft drinks firm had gone to the wall within five years.  He never had to work full-time again… if my father hadn’t got out when the going was good, my childhood would have been very different.

It isn’t fun anymore
Have you stopped enjoying yourself?  Again, I’m surprised by how many people I meet who aren’t enjoying themselves in their business anymore.  Well if you’re not enjoying yourself I’d contend you’ll not do much better than survival.  You’ll do what you have to do, but probably not a whole lot more.  In a competitive environment, that’s not a strong position and maybe its time to looks at other options.

It’s the end of the road
This is the scenario I tend to deal with as a Debt Dr, “the knot in pit of the stomach:” you’re going flat out, but you’re still going backwards. So, if you’re going to stop, what are your options?  Well essentially there are three options for a small business:-
1)    Administration
2)    Liquidation
3)    Company Dissolution

Administration
If there is a likelihood that someone would buy the business, were it not for the debts, or do you know anyone who would like to take over the business? Then administration is worth considering.  Administration is a formal process involving an Insolvency Practitioner (IP).  In essence, the Directors put up their hands and say that the business is insolvent.  The IP then takes over and seeks to sell the business as a going concern.

Actually, running a company in administration costs an arm and a leg and is probably only practicable for larger concerns.  However there is another option: have the company valued (this figure is often surprisingly small), and find someone who wants to buy the business. It is then possible to put the Company into administration and sell it, the company then comes out of administration and starts trading under new ownership, all in one day.

The advantage for Directors and business owners is that if there is a buyer the process needn’t cost anything; the business with its customers and staff continue.  The disadvantage is that you lose control of the business and any shares you had become worthless.

The Administrator then distributes the funds from the sale of the business to the creditors, after their fees have been deducted.  Its amazing how often IP fees match the funds realised!  However, if as Directors you were major creditors, e.g. you lent to the business funds to start up, you may get a dividend.  You may also be able to claim unpaid holiday pay, redundancy and unpaid wages worth several £000s from the Redundancy Service.

Liquidation
Liquidation is like administration, but where there is no attempt to sell the business as a going concern.  The business stops, the Liquidator calls a creditors meeting, then sells the assets and distributes the funds (after fees) to creditors.  A company can end up in Liquidation via a number of routes, depending on whether the action was instigated by Directors or Creditors. Putting a company into Liquidation isn’t cheap and typically costs from £6,000.

Company Dissolution
This is the simplest way to close a business, especially a small one with little or no assets.  You stop trading and write to all your creditors and let them know and ask if any plan to start winding up proceedings.  If they do, this saves you the cost of liquidation.

In the majority of cases unless a creditor is acting from personal reasons creditors won’t go to the expense of actively winding up the company themselves.  There are some exceptions: building supply companies will often issue winding up proceedings and if the debts are significant HMRC may as well.

Assuming none of the creditors take action, you wait three months and then ask Companies House to remove the company from its register. This will usually be the end of the matter.  Legally, any of your creditors can have the company reinstated and take action against you.  However if they didn’t take action before, they are unlikely to take action now.  The main advantage of this approach is that it is straightforward and therefore much cheaper than Liquidation.