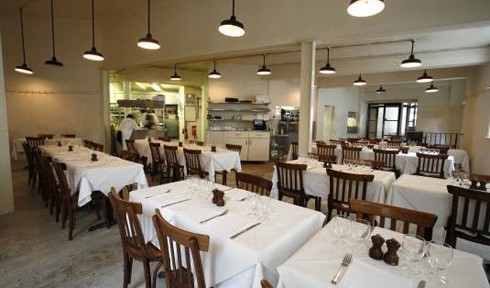 The sale will make £4million for her long-term friend and investor Sir Alex Ferguson and £400,000 for another backer, restaurateur Gary Rhodes.
The website now lists around 5,000 restaurants in 14 countries, and it gets 2.3 million visits a months, making it the biggest online restaurant booking service in Europe. Users are entitled to a free meal after six bookings and reviews and restaurants are charged £2 for each reservation through the site.
Its range of special offers meant it grew strongly in the recession and helped restaurants that may otherwise have struggled for survival to keep busy.
The site did not make a profit for its first five years and its founder said she feared getting the “hairdryer” treatment from her famously demanding backer. But she said he had offered some key managerial insights from his years at Manchester United.
The most successful manager in English football history, who originally trained as a chef and only fell into football management after having a planning application to open a restaurant in Paisley Scotland turned down, told her she had to think of the business like a football team, saying: “Look at all the positions you have to cover — heads of IT, marketing, etc. You have to get excellent people in all of those key positions.”
Just after toptable launched Sir Alex Ferguson talking to Waitrose magazine about his investment saying: “A smart young woman called Karen Hanson approached me with Gary Rhodes to put some money and ideas on quality control into an internet company called toptable.com. It’s fantastic to see how young people can be so tuned in to new technology.
As children, we had a good, sound education that was perhaps better at basics such as mental arithmetic and history than the kids get today, but the way that these kids use computers is astonishing. At toptable, you can make reservations for top restaurants all over the country. We’ve just added Paris, and expect to be Europe-wide very soon. I get to check on the quality (at which point he has a small smile), and Gary’s contacts mean that we can help people to book unbookable tables.”
It is not known how much Ferguson originally invested in this venture at the start-up stage, but it is believed that the sale of his 11 per cent will return him over 400 times the original sum put in.
Ms Hanton, 53, has divested a number of successful ventures over the past 15 years including founding Mortimer Spinks, an IT recruitment company, sold to Harvey Nash, a FTSE 250 company.
She is widely known as a pioneer within new media, regularly lecturing on the subject as well as coaching and mentoring young entrepreneurs. said states that she was inspired by the success of lastminute.com founders Martha Lane Fox and Brent Hoberman to launch toptable.
“I thought travel seemed to be working so why not restaurants?” she said