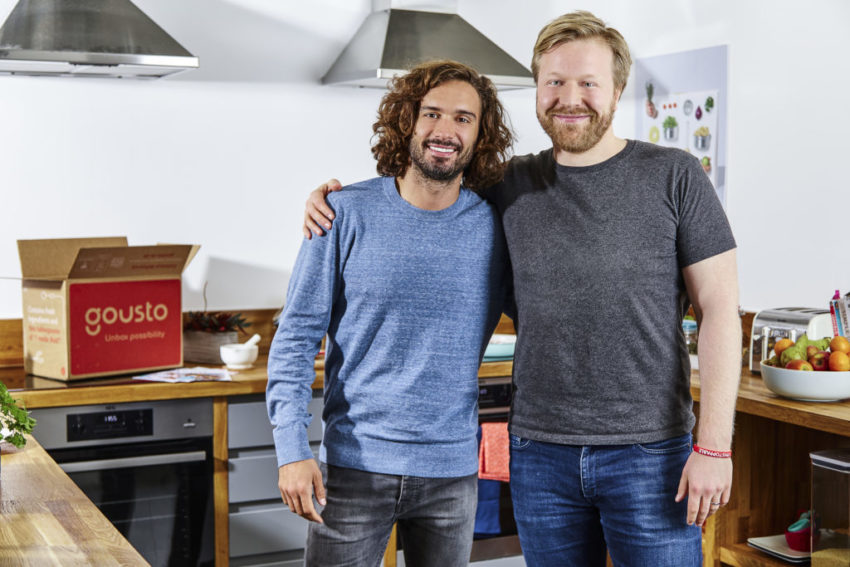 Online meal kit company Gousto has signed up “The Body Coach” Joe Wicks as an investor as part of an £18 million fundraising to expand and boost its IT capability.

The latest equity funding round brings the total raised by the firm to £75 million since launch in 2012 as it ploughs on with its mission to serve up 400 million recipe boxes by 2025.

The firm’s founder and chief executive, Timo Boldt, told the Press Association the fundraising was oversubscribed and he had to turn away new investors, with long-term customer and brand ambassador Mr Wicks the only exception, adding to equity funding from existing backers.

He said: “We had more capital being offered than we could take on, which was nice, given the Brexit uncertainty.”

The group, which employs around 500 people in London and Lincolnshire, has investors including Unilever Ventures, the Business Growth Fund, MMC Ventures and the Angel CoFund.

Mr Boldt plans to use the bulk of the cash raised to further build its IT capability and hire an extra 125 people, largely in the group’s data and tech science team in London.

Following a £28.5 million investment round in March last year, Gousto has already doubled the capacity of its factory in Lincolnshire and launched an artificial intelligence (AI) recipe recommendation tool, through which half of customer orders are now placed.

But the company now wants to increase recipe personalisation.

Mr Boldt said: “We want to take it to the next level and see how much we can increase personalisation and customisation.”

Gousto has already increased the number of recipes it offers to 30 a week, which has trebled in the last two years.

And as part of his tie-up with Gousto, Instagram and TV fitness star Mr Wicks has designed a range of recipes for Gousto customers from January, offering four new meals a week.

Mr Wicks said: “As a customer before becoming an investor, I know that Gousto is having a lasting and hugely positive impact on the way families consume and eat food.

“I’m delighted to join forces and offer my knowledge to a company who has brought huge and much needed innovation to an industry.”

It now delivers 1.5 million meals a month, but is still just “scratching the surface”, according to Mr Boldt.

With one billion meals eaten a week in the UK, he said there is “massive” potential for growth.

He said the uncertainty of Brexit is unhelpful, given that it imports certain herbs and spices from abroad and employs staff of many different nationalities.

But he said he was “optimistic” the firm can adapt and ride out any political and economic turmoil.

He added the success of the fundraising was a “huge vote of confidence” in its prospects.

While he said he “can’t rule anything out”, the group is not looking for extra funding or to list on the stock market in the immediate future and plans to continue focusing on the UK for the moment.

“We’re in an amazing position where we don’t need to do an IPO (initial public offering).