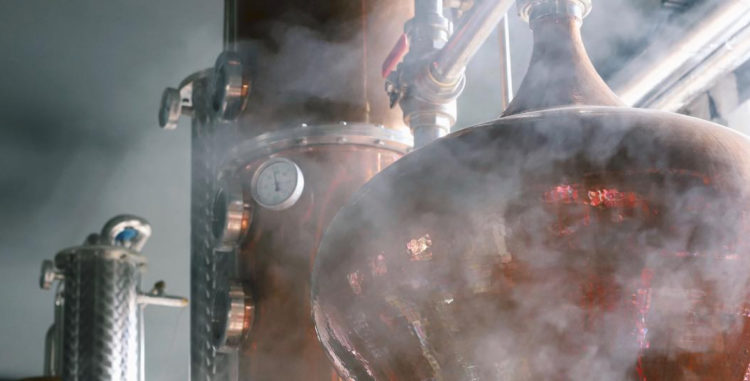 The East London Liquor Company has launched a Crowdcube investment campaign to raise £750,000. The funding will drive key growth pillars, including English whisky production and domestic sales channels, leading to global sales opportunities in emerging markets such as China.

Frustrated by the lack of accessibly-priced spirits in the market place, East London Liquor Company was the brainchild of entrepreneur and ex-bartender, Alex Wolpert.

Wolpert launched the distillery to fill this gap in the drinks market, simultaneously leading the historic revival of distilling in East London. Over the three years since its start in 2014, East London Liquor Company has sold 327,764 bottles of spirits in the UK, delivering £4.25m in sales revenue.

“We have been overwhelmed by the level of interest from the UK and global markets for our honestly-priced spirits and our straightforward approach to distilling,” says Alex Wolpert. “Together, both established and emerging markets represent a massive opportunity for British brands. Brexit poses a challenge to our industry, but the funds raised through this campaign will help us to tear down these barriers.”

East London Liquor Company is currently valued at £15m and will build annual bottle sales to 46,000 9L cases (592,000 bottles) in 2022, delivering sales revenue of £9.8m. The company’s Five-Year Plan forecasts a total of 1.8m bottle sales over that period driven by 30 per cent yoy growth. Total sales revenues for the five-year period will be £28.7m.

This growth will be driven primarily by English whisky and gin sales across the USA, Canada and China. While gin is still booming, global appetite for whisky is growing. Scotch whisky exports rose 9% in 2017 to £4.36bn, driven by increased demand from Russia and China.

The demand for American whiskey, including rye, is growing in China, with the country importing $9m worth of whiskey in 2017.

East London Liquor Company already exports to 20 countries, including Japan, Germany, Australia and Sweden, but capital raised during its Crowdcube campaign will help to capitalise on global sales opportunities.

East London Liquor Company has taken classic British spirits and turned them on their head. The company’s challenger brand market position means it is not afraid to take on the over-priced premium brands in the international market (East London Liquor Company London Dry Gin £21.50 versus Sipsmith £25.00). Accessibility and transparency in pricing and product ingredients have proved to be a compelling point of difference for on-trade and off-trade buyers and bartenders, the gatekeepers to consumers.

East London Liquor Company found its home in the disused industrial space of a former glue factory in Bow Wharf, on the corner of the capital’s Victoria’s Park in the East End. The site now boasts a stunning distillery cocktail bar, an Italian-inspired restaurant and a bottle shop showcasing some of the best spirits from around the world.

East London Liquor Company’s entrepreneurial management team is made up of passionate drinks and bar industry professionals, boasting four distillers and an established team of seven sales professionals. All, including Founder Alex Wolpert, are under the age of 37.

The team is backed by the executive team behind Barworks, Camden Town Brewery and Thomson & Scott, made up of Andreas Akerlund, Jasper Cuppaidge, Marc Francis-Baum, Patrik Franzen and Scott Chillery. Alex Wolpert has been profiled as a thought leader in drinks innovation around the world including: Bar Convent Berlin, Forbes, The Financial Times, The Sunday Times, Monocle, SKY News, Mr Porter and London Evening Standard.