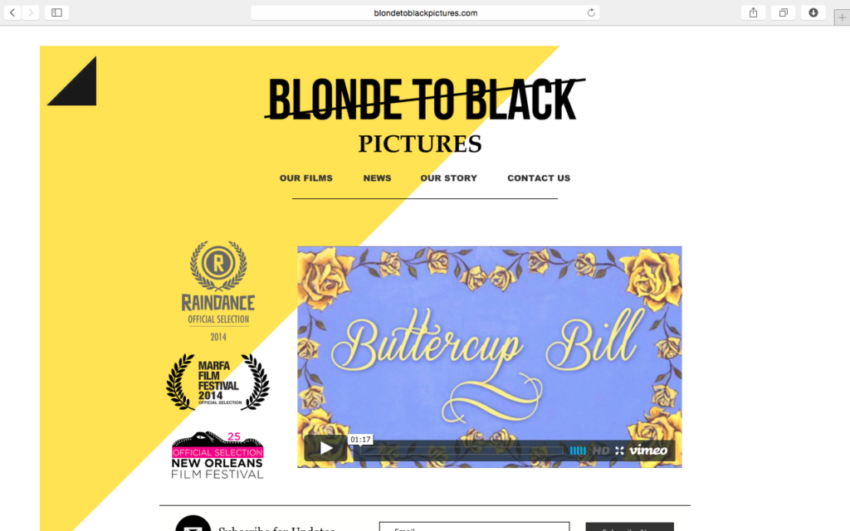 After launching just three years ago, film Production Company Blonde to Black Pictures (www.blondetoblackpictures.com), has gone from strength to strength, and is already gaining noticeable interest from major international film festivals. Now, founders of the company, actress and designer Sadie Frost and her friend Emma Comley and are giving investors the chance to buy into the company with help from leading crowdfunding company, Angels Den (www.angelsden.com).

One of the projects that investors will be helping to produce is the upcoming feature length film, ‘Set the Thames on Fire’. The plot follows two boys as they fall through the clockwork of a grotesque, nightmare London, endeavouring to survive and escape, and perhaps find hope. The film, set for release in 2015, stars Sadie Frost herself, Noel Fielding, Sally Phillips and ex-Skins actress Lily Loveless.

Blonde to Black were keen to team up with Angels Den to bring development finance into the company. Their business partner and investor Andrew Green introduced them and it seemed a great way to bring film lover investors into the mix.

Any investors looking to get involved and fund Blonde to Black productions will not only be investing in future productions, but also any existing feature length and short films. As well as this, all money invested to the pitch will receive EIS (Enterprise Investment Scheme) Tax Relief.

Sadie Frost, co-founder of Blonde to Black Pictures, made the following comment on the investment opportunity:

“The team at Angels offered us a great opportunity to bring the next wave of development funds into the company, it seemed very much a part of our ethos to get potential like-minded film fans and enthusiasts that spot a great investment opportunity, as part of the team.”

Bill Morrow, co-founder of Angels Den, said: “It’s fantastic that Sadie and the team over at Blonde to Black Pictures have chosen to work with Angels Den with their crowdfunding ambitions. We have already been lucky enough to preview a few snippets from the new movie ‘Set the Thames on Fire’ and it looks incredible, a definite hit.”