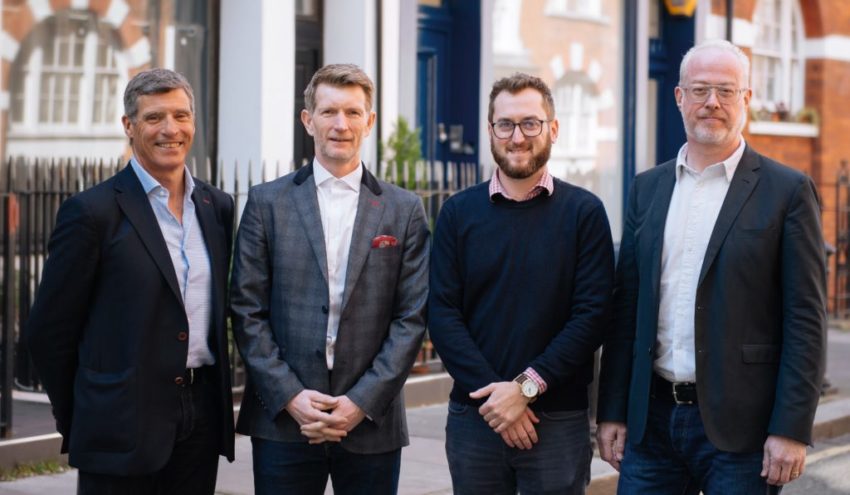 Guardian Angel, a free and private online platform that simplifies the bereavement process; connecting families, friends and funeral directors together, has closed its pre-seed round, raising £492,000 after investment from former Co-op executives.

The secure platform helps to reduce the stress in the immediate aftermath of a loved one’s death by enabling you to coordinate support from family and friends.

There is a ‘Key times’ function which informs people when they can visit and when you and your family would like to be alone. Its ‘To-Do list’ allows you to manage all tasks and ask friends for help. You can share funeral information privately and it also staggers support, like flower deliveries, so they do not all arrive at once.

Guardian Angel was conceived in 2017 by former financial professional Sam Grice (pictured with investors), following the unexpected death of his mother in a road accident.  Having been personally exposed to the end of life industry, its lack of digital efficiency became evident as he and his family struggled to coordinate tasks and the sudden influx of communications.

Sam Grice, Guardian Angel founder said, “the support we received from well-meaning family and friends after mum’s accident was amazing. However, managing that support together with organising a funeral and wake, something I had never done before, proved immensely difficult during one of the most stressful periods of my life. And I’m not alone. Most of us have or will experience the death of a loved one and face the same issues that I did.

“The funeral sector has been slow to modernise and digitise its services but we are talking to funeral directors on a daily basis about the benefits of creating a Guardian Angel support hub for their clients, as we believe technology can really help in the bereavement process.”

Guardian Angel aims to use this investment to improve its current digital platform and to develop a tool to make the process of planning for the inevitable easier.

As part of the raise, Rod Bulmer and Alistair Asher, former Co-op executives and NorthInvest Angel network members, have agreed to come on board as financial and strategic advisors.  Rod Bulmer had executive responsibility for Co-op Funeralcare and Co-op Life Planning from 2014 to 2016.  Prior to that, Deputy CEO, Co-op Bank.  Alistair Asher is also a former Co-op executive, with roles including General Council, NED Co-op Insurance and Non-Executive Chairman Co-op Legal Services. Guardian Angel has also attracted ex-Goldman Sachs MD Andrew Weisz who will act as Financial Director going forward.

The investment opportunity excited Rod Bulmer, former Co-op executive for multiple reasons, he said;  “Like many professional services the funeral and end-of-life planning industries are only now starting to go through significant digital change. There is a real opportunity for an independent platform to help families through this process and provide a vehicle to promote active communities discussing the subjects around death openly and honestly. To this point I don’t think there is anything in the market that is truly independent or that has been executed correctly. This is a real opportunity for Guardian Angel, which has an ethos focussed on support.”