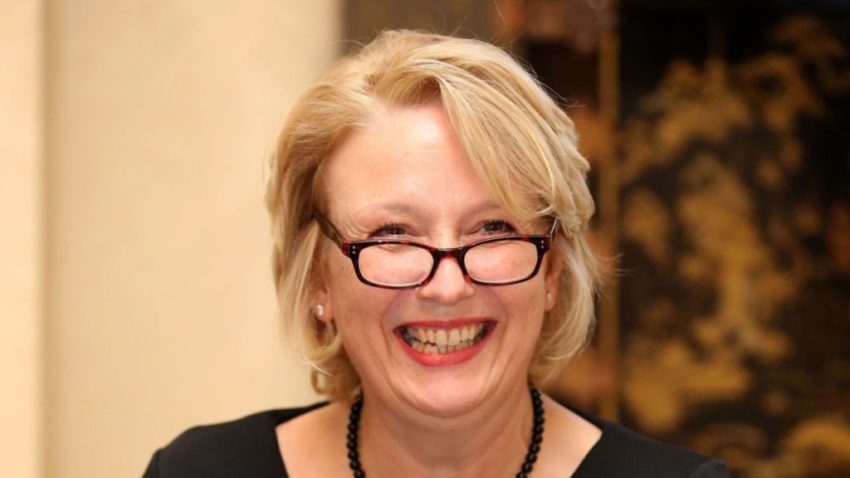 In 2008, Jayne-Anne Gadhia was braving the banking crash. While lenders started falling like dominoes, she was steering the ship of Virgin Money, having left Royal Bank of Scotland months before it accepted a £45bn government bailout to avoid collapse.

Twelve years later, Gadhia is planning to weather a very different crisis. While millions of small businesses are scrambling for government-backed loans and wage subsidies to stay afloat during the coronavirus outbreak, Gadhia is preparing to do what few would dare to do ahead of an all-but-certain recession: launch a new business.

If all goes to plan, her fintech app Snoop – which uses artificial intelligence and open banking data to help consumers save money on bills and day-to-day spending – will debut this week, while millions of people in the UK remain locked in their homes. That includes her 22-strong team, most of whom followed her out the door when the owner of Clydesdale bank, CYBG, bought Virgin Money for £1.7bn in 2018.

“Because we’ve been used to so much change entrepreneurially, through our days together at Virgin and buying Northern Rock and the financial crisis … it’s meant that in a sense, this is another of those moments,” Gadhia says.

Snoop may be launching when people need it most, she says: an economic lockdown when every penny counts. “The point of Snoop is to help people by analysing the data that they give us access to, to help people to live their lives more efficiently,” she says. “People are looking more and more for tips on where to spend, how to spend, how to save, and we can do all of that through data analytics.”

Snoop’s revenue will come from commission, when users choose money-saving deals on anything from utilities to TV subscriptions that Snoop recommends based on existing spending patterns. It will also run on cash “tips” from users who want to say thank you for the free service. But Gadhia insists customers will not receive recommendations unless they are in users’ best interests. After more than a decade in banking, she is fully aware that the business will live or die on trust.

Gadhia, who won the National Business Award Leader of The Year in 1028, says the Covid-19 crisis is a chance for the banking sector to prove it has learned from mistakes made in the lead-up to, and during, the last financial crisis when lenders such as RBS were accused of stripping small businesses for assets, or mis-selling toxic mortgage-backed securities to investors.

“I have faith that the big banks, the main household names, will definitely behave better this time around,” she says.

That is despite banks having been berated for how they handled business customers hit by the coronavirus crisis in recent weeks – by asking for personal guarantees on the first set of government-backed loans or offering commercial loans at rates as high as 12%.

“I think they’ll be concerned about looking after their own financial wellbeing – which is appropriate for an executive and a board to think about – but I don’t think they’ll be thinking ‘how can we extract super profits from customers in trouble?’ Absolutely not.”

But Gadhia says the Bank of England was right to force lenders to scrap nearly £8bn worth of shareholder payouts last month in light of the outbreak. Executives at big banks – including Barclays, Lloyds, HSBC and RBS – have also pledged to sacrifice pay, bonuses, or both.

Gadhia could have helped set Bank of England policies, had she stayed on as a member of its financial policy committee after her appointment in 2019. But she gave up the role before it started, after being installed as the UK chief executive of the US software firm Salesforce. That also did not last long. Within six months, Gadhia resigned from the role, which was later handed to the former BT boss Gavin Patterson during a wider reshuffle.

She says the chief executive role was not what she expected. What Salesforce “really meant wasn’t ‘come and be a CEO’ in the way I’d been a CEO at Virgin Money, but ‘come and be a super sales director of our UK business within the matrix of a fantastically successful US company’. So for me that felt like a step back rather than a step forward.”

Gadhia stayed on as adviser at Salesforce, and has since joined a special committee overseeing a cultural overhaul at the insurance market Lloyds of London after a raft of bullying and harassment allegations last year. It is a natural fit for the former banker, who is known for designing the Women in Finance charter aimed at increasing gender equality in the financial sector.

While the Lloyds of London committee is still holding virtual meetings to address the problem, Gadhia hopes the lockdown may spark a “bit more civility” from perpetrators that tend to be behave better in front of their families than their colleagues.

But even with Snoop about to launch, Gadhia says it has been difficult to find a purpose after leaving a top banking job. “I feel I’m still searching for the complete answer post-Virgin Money, for sure.”