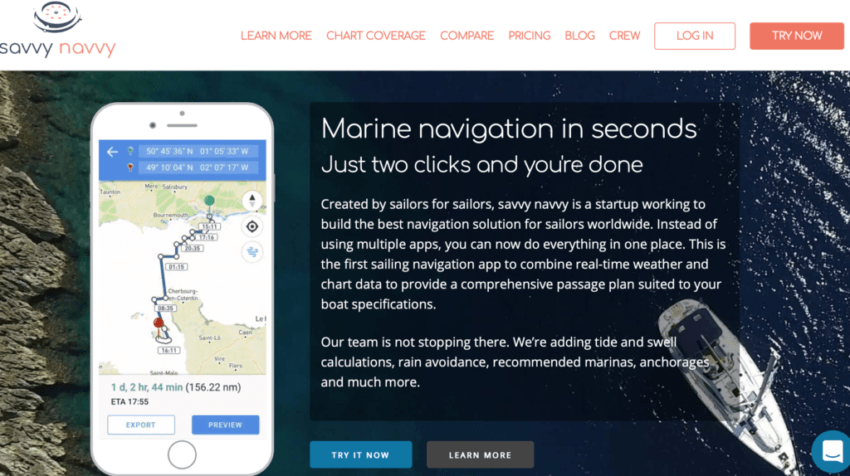 Just over a week ago Google software engineer Jelte Liebrand and his team at savvy navvy launched their Crowdfunding campaign on Seedrs.

In a bid to raise £125,000 the team opened their campaign on the 6th March; only to find they were overfunding within hours!Liebrand commented, “The response to our campaign has exceeded all our expectations.

The support of our investors has been truly astounding and has made the hard work our team put in, leading up to our campaign going live, all the more worthwhile. It’s great to see so many people share our vision for making sailing navigation safer and easier for everyone around the world.”Within 24 hours of going live, savvy navvy was already over 150% invested.

The number of investors has since shot up to over 400. The round has now been closed early due to the campaign reaching its maximum investment target faster than planned, closing out with just over a £330,000 investment.

Investor funds will be used to speed up the development of savvy navvy’s Android and iOS apps as well as integrating core functionality such as tidal integration, departure and arrival planning and accelerating chart coverage, amongst many other community-lead features.

The ambition of this young team is clear and with the support of their new investors it is without doubt, savvy navvy is quickly becoming the 2019 startup to watch.