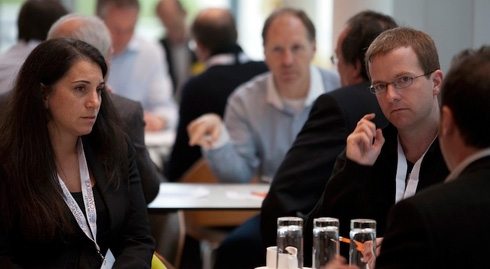 As CEO of software developer, Trampoline Systems, and director of The Trampery co-working and events space in east London’s Tech City, Mr Armstrong was one of the movers and shakers involved in the programme of events for the recent annual visit of luminaries from America’s Silicon Valley – home of some of the globe’s largest technology corporations.
Mr Armstrong said the aim of SVC2UK was to inspire students to become entrepreneurial after graduation, and to foster relationships between the top tech entrepreneurs, angels and investors from Silicon Valley and their counterparts in Britain.
“This year the emphasis was on motivating entrepreneurship, and it was encouraging that in general the visitors – who spent time at Tech City – believe that London is well-placed to become a global leader in the technology sector,” said Mr Armstrong.
He pointed out that Jon Callaghan, founder of True Ventures, had praised the UK’s commitment to technology and has said he was impressed that the UK tech entrepreneurs he met have global ambitions.
“Also interesting was the fact that some commented that it is more difficult to be an entrepreneur in the UK, which means that those of us who persevere here have to be more resourceful, tenacious and creative.”
Mr Armstrong said one message which came through loud and clear during all the engagements the technology experts had with would-be entrepreneurs was the importance of networking to get start-ups up and running.
“That’s why the Tech City cluster is the ideal place to seed a business and forge relationships,” he said.”It makes it easier to collaborate, make decisions and enjoy peer support.”
His company, Trampoline Systems, has just launched an interactive map of the Tech City “ecosystem”, utilising social media, with the aim of facilitating networking and collaboration for all the start-ups and SMEs in the area.
Mr Armstrong believes that, fostered and encouraged by initiatives such as SVC2UK, Britain’s future in the technological sector is destined to bring forth a level of innovation and entrepreneurship  “beyond our wildest dreams”.