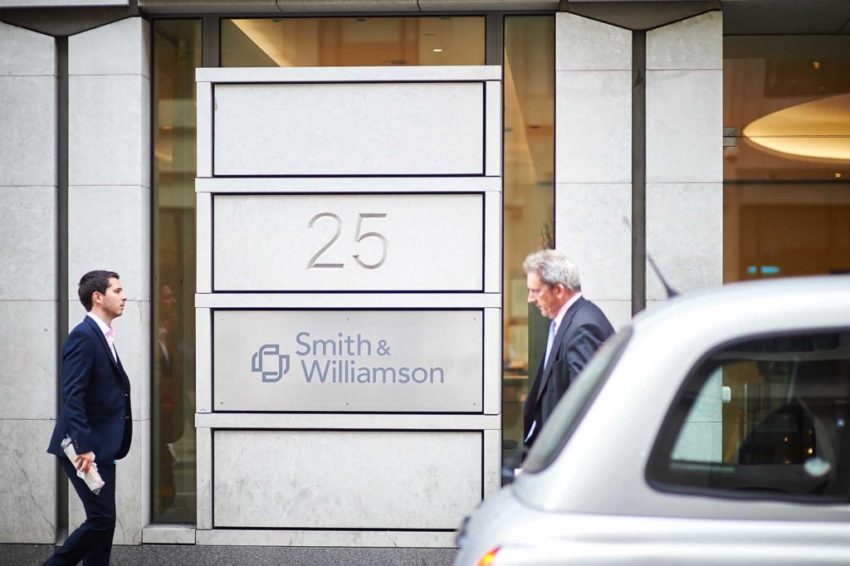 Staff at wealth manager Smith & Williamson will share more than £200 million after it was bought by larger rival Tilney for £625 million.

The deal will trigger six-figure payouts for some of its staff.

S&W’s shareholders will pocket about half of the proceeds in cash, and get stock in the enlarged company. About 1,200 current and retired employees own 70 per cent, putting them in line for share of more than £200 million. AGF, a Canadian mutual fund provider, owns 30 per cent of S&W.

The takeover will create an asset management and advisory group with £45 billion of funds and an enterprise value of £1.8 billion. It will unite two of the oldest names in wealth management.

S&W was founded in Glasgow in 1881 and employs 1,700 people in 12 offices across the UK, Ireland and Jersey. The firm has £21 billion under management, a wealth business and a professional services practice that provides tax and other advice to businesses and the rich.

Tilney started life in the 1830s in Liverpool, and was acquired by Permira, the private equity firm, from Deutsche Bank five years ago. Tilney was merged with Bestinvest, an online investment platform, and has acquired a number of smaller competitors.

Its largest deal before yesterday was the £600 million takeover of Towry in 2016. Tilney, which specialises in financial planning, employs around 1,100 people and manages £24 billion of assets.

Chris Woodhouse, chief executive, said the enlarged Tilney would have annual turnover of £500 million and underlying earnings of £150 million, which “we would expect to grow”.

The S&W takeover is likely to be the last big deal before Permira attempts to float Tilney.

Mr Woodhouse, 58, said there was no “fixed timeframe” for an “exit event”. He added: “There’s lots of work to do in integrating the two businesses and it would depend on the state of the market.”