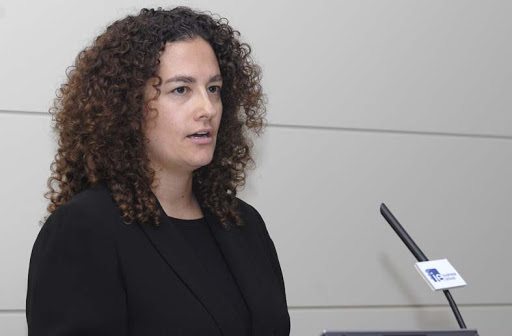 Eggberry brings a wealth of experience and displays a strong tech and entrepreneurial streak having started her first company while at school. Several companies later she joined RIM when it was first trying to get established in the UK and went on to help it become a multi-billion dollar business across 44 countries.

After a stint advising a number of global hedge funds and management consultancies Eggberry then moved to Nokia to become Global SVP Marketing and additionally is a board member and trustee of the Marketing Academy.

Speaking about her appointment Eggberry said: “I’m truly excited to take up this new opportunity as Director of Wayra UK to continue to build on the phenomenal success of the programme to date. Wayra is an incredibly special and unique accelerator with a clear focus on supporting world class talent as well as their world class ideas. That’s an exciting journey to be a part of.”

Charmaine Eggberry replaces Ashley Stockwell, who took the reins as Guest Director at the UK Academy in 2012. Stockwell helped mentor and develop the original 19 start-ups, many of which have seen notable successes during their time at the Academy. TaskHub, an online community hub and social marketplace, has received a six figure investment from Telefónica and nine other start-ups have been invested in by third parties. This includes PixelPin who are soon to complete a funding round of £150,000 on the crowd funding platform Seedrs. Many of the other businesses are actively seeking funding from third-parties.

Commenting on the success of the UK Academy Stockwell said: “It’s been a pleasure to be part of the UK Wayra programme and see our 19 start-ups grow and develop their businesses. It’s been an incredible journey for everyone here at the Wayra Academy and I look forward to watching how the new intake of start-ups bring their ideas to life.”

As Eggberry’s appointment was announced at the week long pitching event for companies to become part of Wayra’s second cohort, she took the opportunity to tell us that: “wayraWeek 2013 has been another massive success for Wayra. We’ve invested in 17 start-ups and we’re proud that more than a third of our winning founders are women. This second annual wayraWeek reinforces Telefonica’s commitment to investing in the UK’s digital talent to drive a more entrepreneurial Europe. ”