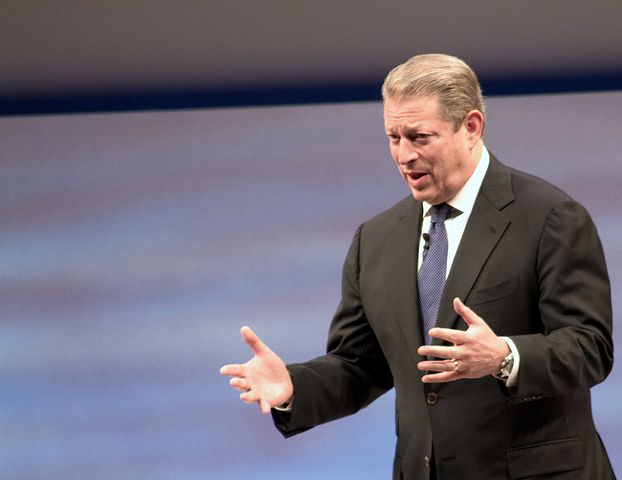 Andela is a company founded by Nigerian entrepreneurs aiming to train Africans in software development for large scale corporations.

It has received a record investment especially from former US vice-president, Al Gore. In the past 4 years, Andela has raised a total of 180 million dollars. Even Mark Zuckerberg is among the investors. Here’s how it works.

Who is Andela and What do They Do?

Established in 2014, Andela is a tech start-up that trains and provides African developers to large international companies. It has raised a record $180 million with $100 million alone coming from Al Gore’s company– Generation Investment Management. Al Gore has made Andela one of the highest funded innovative companies in Africa.

Andela is a non-profit start-up that aims to solve the issue related to the lack of training on technology and technological talents in the world. Such as? Recruiting and training young Africans in order to make the software developers and then get them hired by big companies or multinationals like Google and Microsoft.

In short, Andela’s pillars are digital skills and remote work. The headquarters is in New York, but they also have offices in Lagos (Nigeria), Nairobi (Kenya), Kampala (Uganda) and Kigali (Rwanda). However, most developers work remotely.

In five years of activity, Andela has hired more than 1.1000 developers from more than 100 thousand candidates and has become famous as “The Best Place to Work in Africa”. Andela currently has hundreds of clients in 7 African countries. For example, due to the massive boom in Africa’s online casino industry, many people have been searching for the best mobile casino and site to play all types of games. This adds on the appeal of the industry itself and attracts talent. As well, other companies including Viacom, a media company, and technology companies such as GitHub and CloudFlare.

How was Andela Created

Andela’s idea was created from a Nigerian online education start-up called Fora. Iyinoluwa Aboyeji, one of the founders of Fora, had trouble finding funding, so he decided to join Jeremy Johnson, who had his own company, 2U. Meeting in New York, the respective teams began to think about what would later become Andela. Back in Lagos, Aboyeji founded the company in a two-room apartment left free by an acquaintance. Initially, Johnson wanted to be an investor and a board member, but he soon became the CEO. Aboyeji left Andela in 2016.

How the Digital Skills Start-up for Africa Works

According to Johnson, the element that distinguishes Andela from other companies is the software used to train candidates and monitor their performance when they are at work.

Andela uses the data obtained from customers to decide which computer languages and which digital skills are in most demand. The training path also focuses on soft skills.

When the developer is at work, Andela’s software produces periodic reports on several elements, for example how long it took the developer to write 100 lines of production code, or how many days a week contributes to the code. In addition to developers working for customers, Andela employs around 400 people to develop their software and business operations.

Generation Investment Management was founded in 2004 by Al Gore, 45th vice president of the United States during the presidency of Bill Clinton; and by David Blood, formerly head of Goldman Sachs Asset Management.

Why? To focus on sustainable investments. In his career, Al Gore had been very busy with the environment and environmental sustainability. For this commitment, in 2007, he received the Nobel Peace Prize and the Prince of Asturias Award for International Cooperation.

The private equity fund of Gore and Blood manages 18.5 billion dollars and has invested, among others, in Asana, the tool for managing workflows in the company, and in M-Kopa, a Kenyan solar energy company. To convince Al Gore to invest on Andela was, firstly, its reduced impact on the environment: remote work on a large scale. Thus, allowing people to stay where they live without having to take transport, can, in fact, contribute to reducing greenhouse gas emissions and ultimately make the planet less polluted.

Investors: Those Who Believe in Andela

The first to believe in Andela was 4DX Ventures, an early stage venture capital company with a focus on Africa. They invested about $5,800 to kickstart the company in May 2014. In September that year, 14 investors intervened with a new loan.

Subsequently, the Chan Zuckerberg Initiative, a philanthropic organisation by Mark Zuckerberg and his wife Priscilla Chan, entered the field as an investor. Indeed, from this foundation by the creator of Facebook, Andela was absolutely the first investment it made towards start-ups. Among the investors was also Spark Capital, a Boston-based venture capital company engaged in early and growth stage investments.